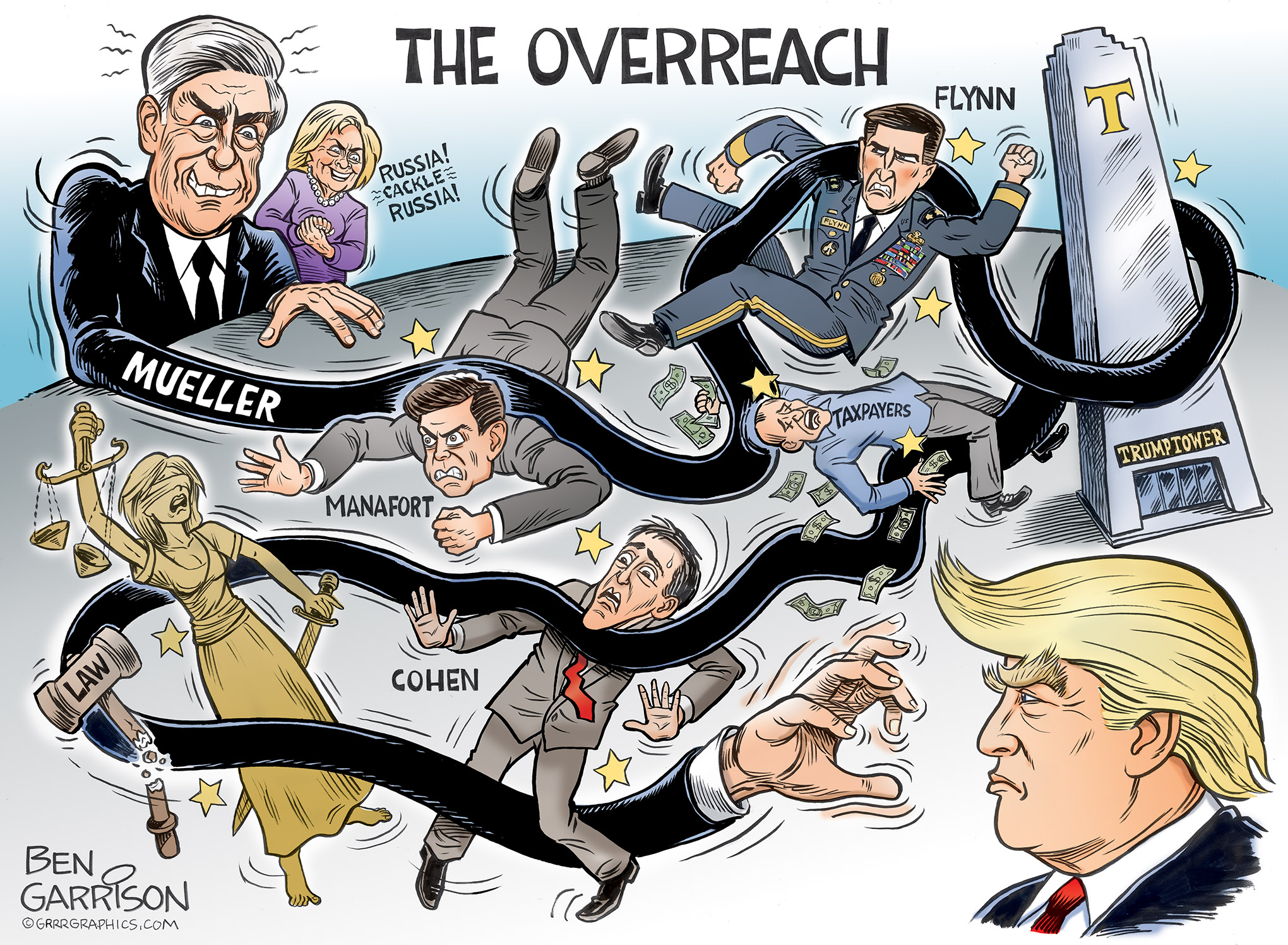 UPDATE December 9th, 2017  It is obvious that Mueller will keep his witch hunt going until somehow, he creates a crime that he will accuse the President of. Mueller’s only objective, “Get Trump” Why is Mueller ignoring the Obama administration’s crimes?

I realize Tina and I have drawn a lot of Mueller cartoons lately, but the special prosecutor refuses to quit, so neither will we.

Mueller was appointed to investigate possible collusion between Putin and Trump to rig the presidential election. It has long sense been proven to be a fabrication used by Hillary to hasten Trump’s impeachment, but Mueller’s witch hunt continues to drag on indefinitely.

Mueller’s best evidence is a few trolls in Russia who had an opinion (also known as free speech) and posted it on Facebook. This was also used an excuse to begin censoring American conservatives on social media. Hillary cashed in her ‘insurance policy’ to silence conservatives and ‘deplorables’ while forcing Trump out of office.

The Steele ‘dossier’ has long since proven to be a paid-for fabrication by Hillary. It was used by corrupt officials at the FBI to spark the investigation. This is nothing more than a taxpayer-funded coup against a lawfully elected president.

Several judges have questioned Mueller’s case and tactics. They know he’s not out to find the truth. Instead, he’s trying to find something—anything—to get Trump out of office. Mueller doesn’t care how far he wanders from his original mandate—finding evidence of Russian collusion. He doesn’t care about who he hurts in the process of bending the law. For example, General Flynn was entrapped because the FBI lied about his sworn testimony. (Hillary’s FBI testimony was off the record, thus proving the agency’s political bias.

Mueller is forced to overreach because there was no Russian collusion. He’s grasping at straws. It’s time to pull the plug on his witch hunt.

Ben Garrison Original Art now available to collectors, reserve your one of a kind Art now. 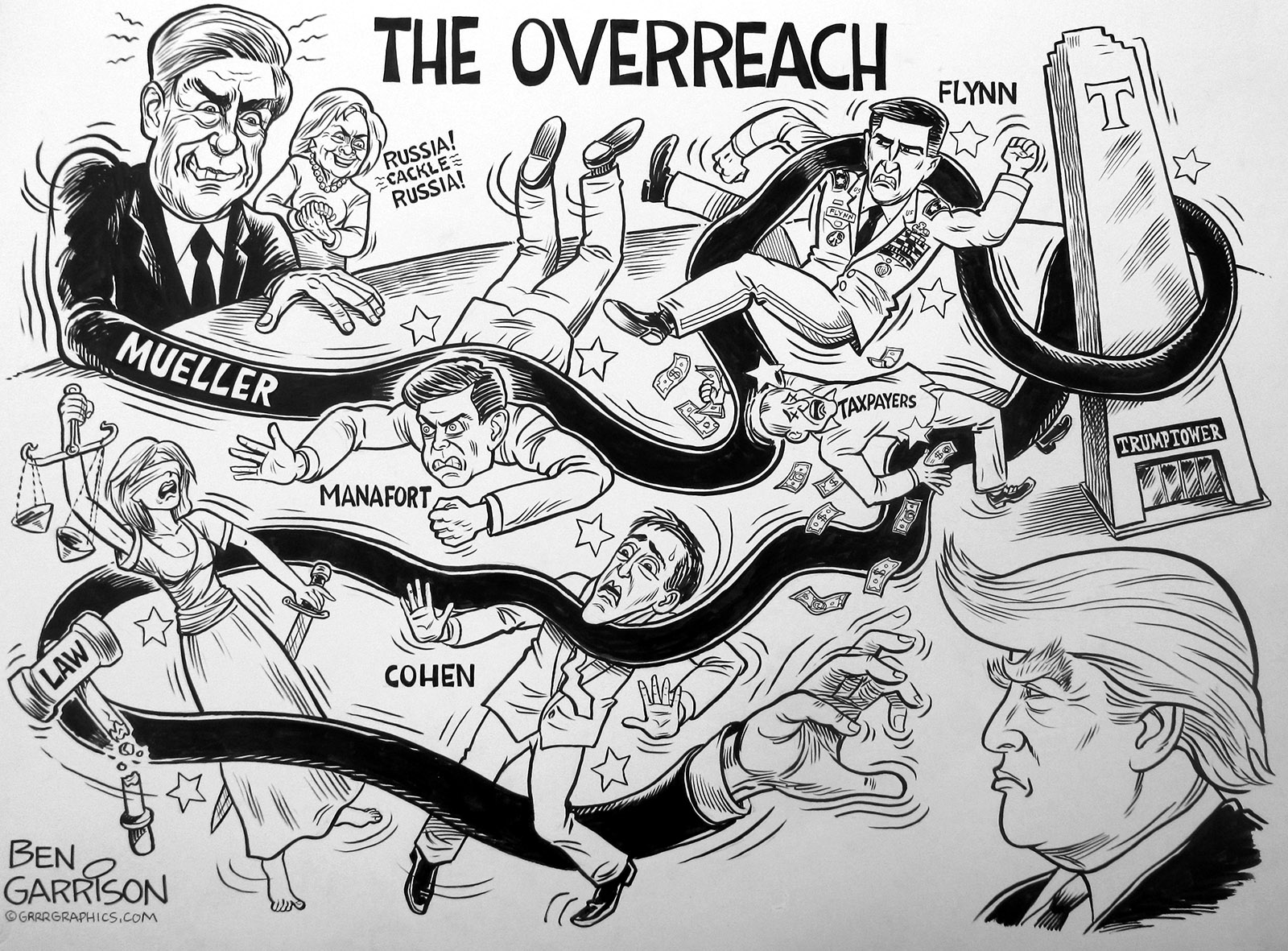