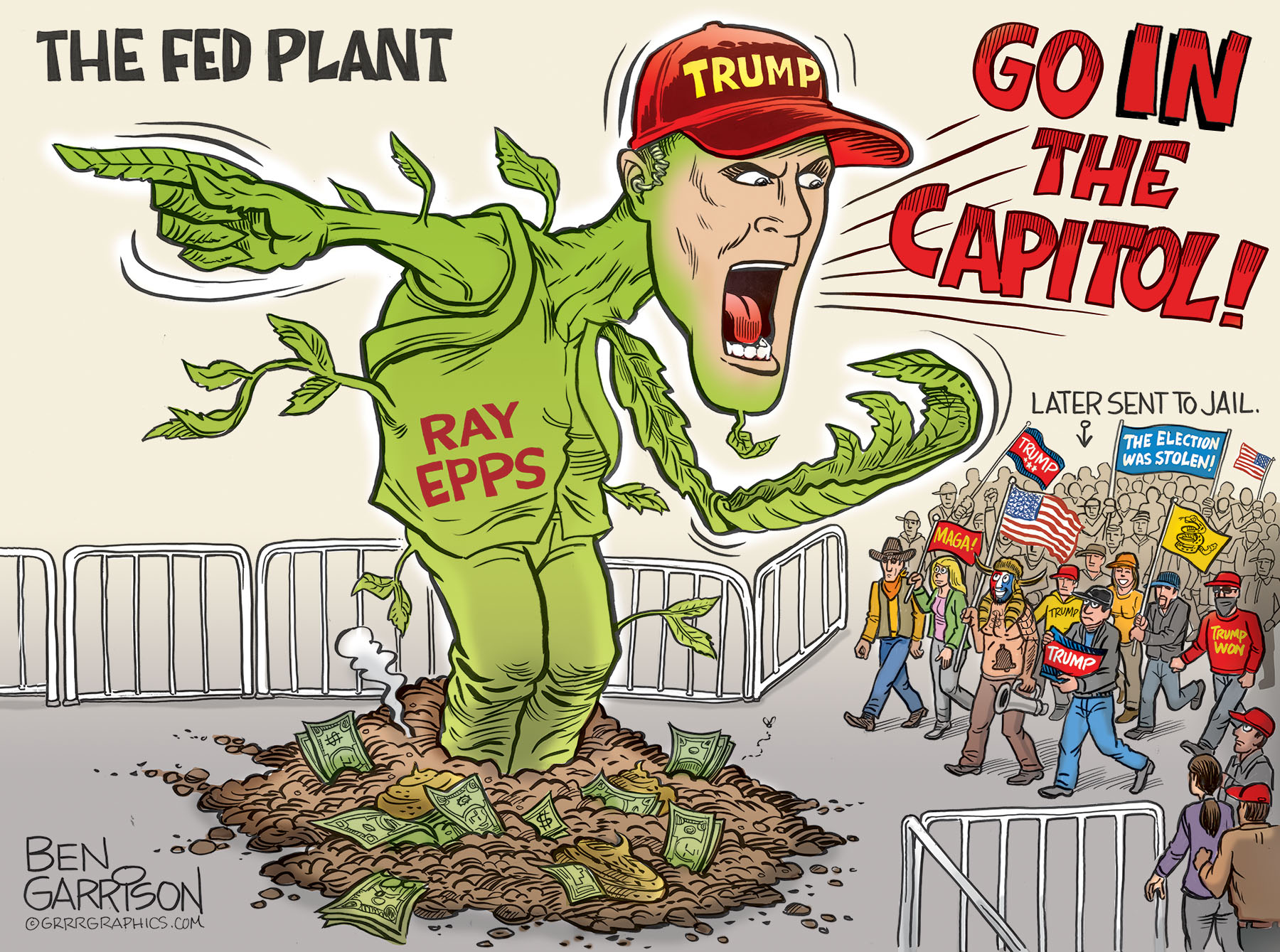 The FBI and the rest of our security agencies have been politicized. It has become all-too obvious. Protecting citizens or upholding justice is no longer their priority. Instead, their job is guarding the interests of the establishment that is the Deep State Swamp.

To be sure, there are probably a few patriots left in the CIA and FBI who remain loyal to the Constitution, and there might even be a few whistleblowers ready to step up, but most take their orders from their leaders, and those leaders are corrupt. It’s time to dismantle the FBI and CIA and prosecute the lawbreakers within those organizations. Get rid of the NSA altogether. They have committed endless felonies by spying on American citizens for decades. Return the surveillance of possible foreign enemies back to the military. The FBI in particular has proved that they remain adamantly opposed Donald Trump and his supporters. Hunter Biden’s laptop exhibited alarming national security concerns, but the FBI lied to protect Joe during his presidential campaign. They claimed it was ‘Russian disinformation.’ The FBI was part of Basement Biden’s campaign team.

PLEASE TAKE A MINUTE TO CONSIDER A SMALL DONATION TO GRRRGRAPHICS, WE ARE SUPPORTER FUNDED, CLICK TO DONATE TODAY!

We know the FBI helps the Democrats. It’s no surprise that they were at the Capitol during January 6. Their job was to manage the protest as well as urge protestors to storm the Capitol Dome. They knew those entering the dome would be arrested later. A vindictive and revenge-minded Pelosi wanted to punish Trump supporters. She succeeded. One man who made himself very noticeable on January 6 was Ray Epps, from Arizona. Turns out he was Stewart Rhodes’ lieutenant in an organization called ‘The Oath Keepers,’ a conservative political group concerned with following and protecting our Constitution. Stewart was compromised by the FBI and spied on those within his own organization. Epps probably spied on the Arizona chapter.

Epps, who once served as a sergeant in the Marines, flew across the country for President Trump’s rally. Except he never bothered to hear Trump’s speech. Instead he was helping to organize and manage the protest. At first Epps was denounced by the Trump crowd. They thought it was obvious that he was working for the Fed, and they were right. Such exposure did not deter Epps. He was paid to do a job. He was a man with a mission. He used well-rehearsed lines such as “After the speech, we are going to the Capitol—where our problems are!”  Or more simply, “We need to go in to the Capitol!” For the latter shout he emphasized the word ‘in.’ After the crowd began to do just that Epps’ job seemed to change. He urged peace and tried to protect police officers.

Please Consider a small Donation to Keep Cartoons online! Click to support Ben today!Epps was placed on the FBI most-wanted list. He was quickly identified. Then, mysteriously, he was removed from the list. He was never arrested. Why? Because he worked for the Feds, that’s why. He might even have blood on his hands. If Ashli Babbitt was murdered after she went IN the Capitol and if she had done it after listening to Epps, then he must accept partial responsibility.

The Feds do not operate alone. Where there is one FBI agent, there are many. They all need to accept responsibility for January 6 and all the protestors who were arrested for going into the dome need to be freed. Immediately!

Instead, Democrats will continue to blame Trump and invent lies. Attorney General Merrick Garland might even prosecute our ‘real’ president because the Democrats are desperate to maintain power. They are engaged in blatant lawfare against their political opponents. The politicized FBI is only too eager to go along. Will Trump face an FBI raid similar to the one endured by his friend Roger Stone? Stay tuned. It has gotten that corrupt. — Ben Garrison

Additional: Darren Beattie has done superlative journalism on January 6 and Ray Epps. Go to his site, “Revolver News” and type in ‘Ray Epps’ in the search field. Or simply click on his ‘January 6 Series’ image. The reports eliminate any doubt about Ray Epps’ involvement with a Fed conspiracy to entrap and then jail Trump supporters.

Don’t Miss Our special Sale- This Ben Garrison original artwork is being offered for a limited time at this special price for patriots only! Your purchase keeps cartoons online! Times are tough and that’s why we have discounted this one of a kind original cartoon by hundreds of dollars-Reserve your cartoon original today before this sale ends!  Thank you for the support!