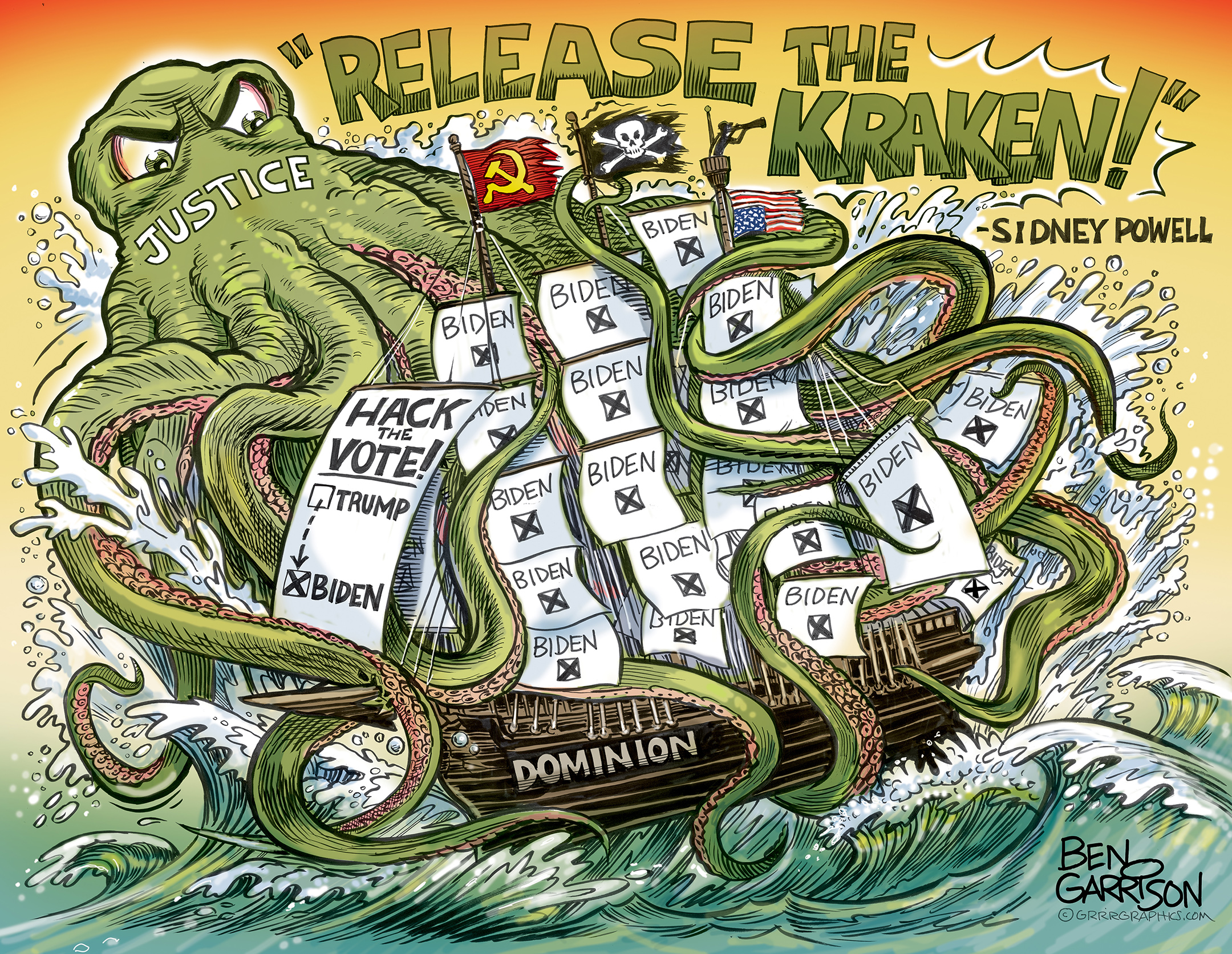 It’s Time! We have waited too long

‘We’re fixin’ to overturn the results of the election in multiple states, and President Trump won by not just hundreds of thousands of votes but by millions of votes that were shifted by this software that was designed expressly for that purpose.  We have sworn witness testimony of why the software was designed.  It was designed to rig elections.  He was fully briefed on it.  He saw it happen in other countries.  It was exported internationally for profit by the people that are behind Smartmatic and Dominion.

They did this on purpose.  It was calculated and they’ve done it before.  We have evidence from 2016 in California.  We have so much evidence I feel like it’s coming in through a fire hose.”

Sidney Powell, General Flynn’s powerful attorney, claims she will ‘release the Kraken’ in reference to show overwhelming evidence of voter fraud associated with the glitchy software that was widely used in swing states. The software is known as “Dominion.”

Now there are reports that claim servers containing US election votes were seized in Germany. Why are our votes being counted in foreign countries?

Because Dominion is easy to hack.

Besides multiple ballots on pallets that magically showed up during the wee hours–all for Biden–and the votes changed outright from Trump to Biden, and dead people voting for Biden, the Deep State Swamp also made sure the software was easily hacked to hand Biden the victory.

Even the name “Dominion” is sinister. Do we want China and other foreign countries having dominion over our elections? Of course not.

We must go back to the old analogue way of voting. Paper ballots filled out by qualified people showing up at polls in person to cast their votes. Instead, we have illegal aliens voting and mailed in ballots that missed the deadline being approved by election officials—as long as those ballots were for Biden, of course.

I’m tired of hoping 17 is right and “patriots really are in charge”. Right now it seems like the Deep State remains in charge.

Let’s see some results. Trump started drained the Swamp during his first term.But Hillary and her corrupt gang was not locked up. The coup perpetrators have not been punished. Instead they’re all on CNN and MSNBC pushing their books and viciously attacking our president. They all need to be locked up, but first…let’s make sure Trump wins the second term that he has earned and deserves.

Release the Kraken! Truth will NOT be denied!

Available As A Limited Edition Print Poster Size Order Your Signed Print today! Only 100 will be printed!