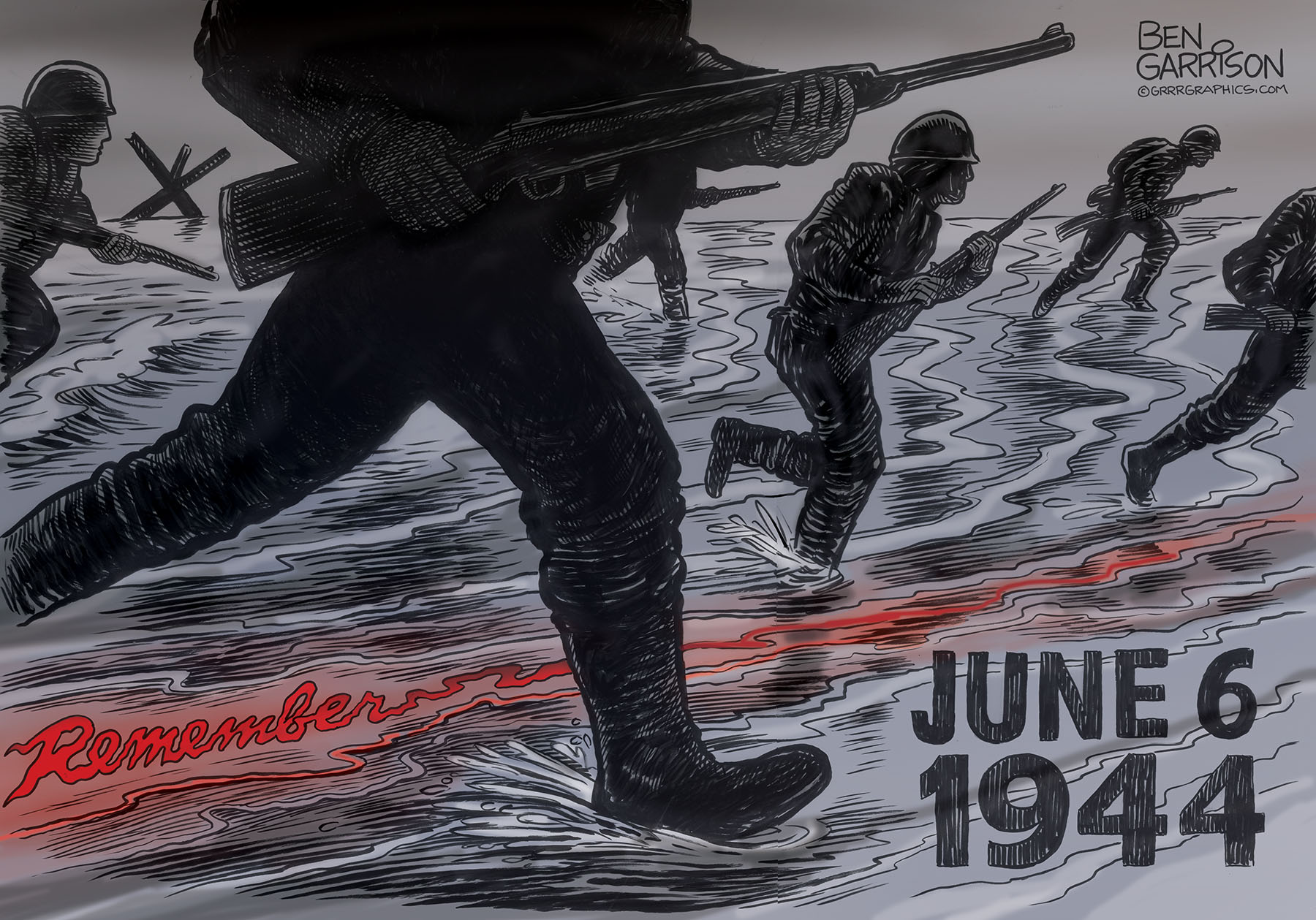 Today marks the 75th anniversary of D-Day, also known as the Normandy landings.

There are a few World War II vets still alive and in their mid 90s, but most of them have died, including my own father. He fought in the Pacific theater and was in many battles, including Pearl Harbor. After he died I discovered a box filled with ribbons and medals. He never talked about them and he rarely mentioned the war until he was much older. He also became somewhat anti-war. He once told me we should have just left the Japanese alone. To me, that was going too far, but I didn’t argue with him because he was old and I was a child.

The D-Day invasion was different. Americans felt obligated to end the scourge that was Hitler. D-Day was one of the most ambitious and dramatic undertakings of the war. Many soldiers knew they stood a good chance of dying. Many did. Just watch ‘Saving Private Ryan’ for a realistic taste of the D-Day landing.

Our heroic American soldiers were fighting to liberate Europe from tyranny. They believed in defending freedom and were willing to sacrifice their lives for it both here and abroad. Sadly, Europe now seems intent on handing western civilization over to religious tyrants, and I’m not talking about Christianity. Freedom of speech is attacked in Europe and it’s now on the wane here in America. A new from of tyranny has formed.

The Globalists are figuring out ways to control us all, which means stripping away more of the freedom—the same freedom for which the courageous D-Day soldiers sacrificed their lives.

Will we be able to summon up the same kind of courage to resist tyrants who want to enslave us? That day may be coming. Meanwhile, we have heroes to inspire us.