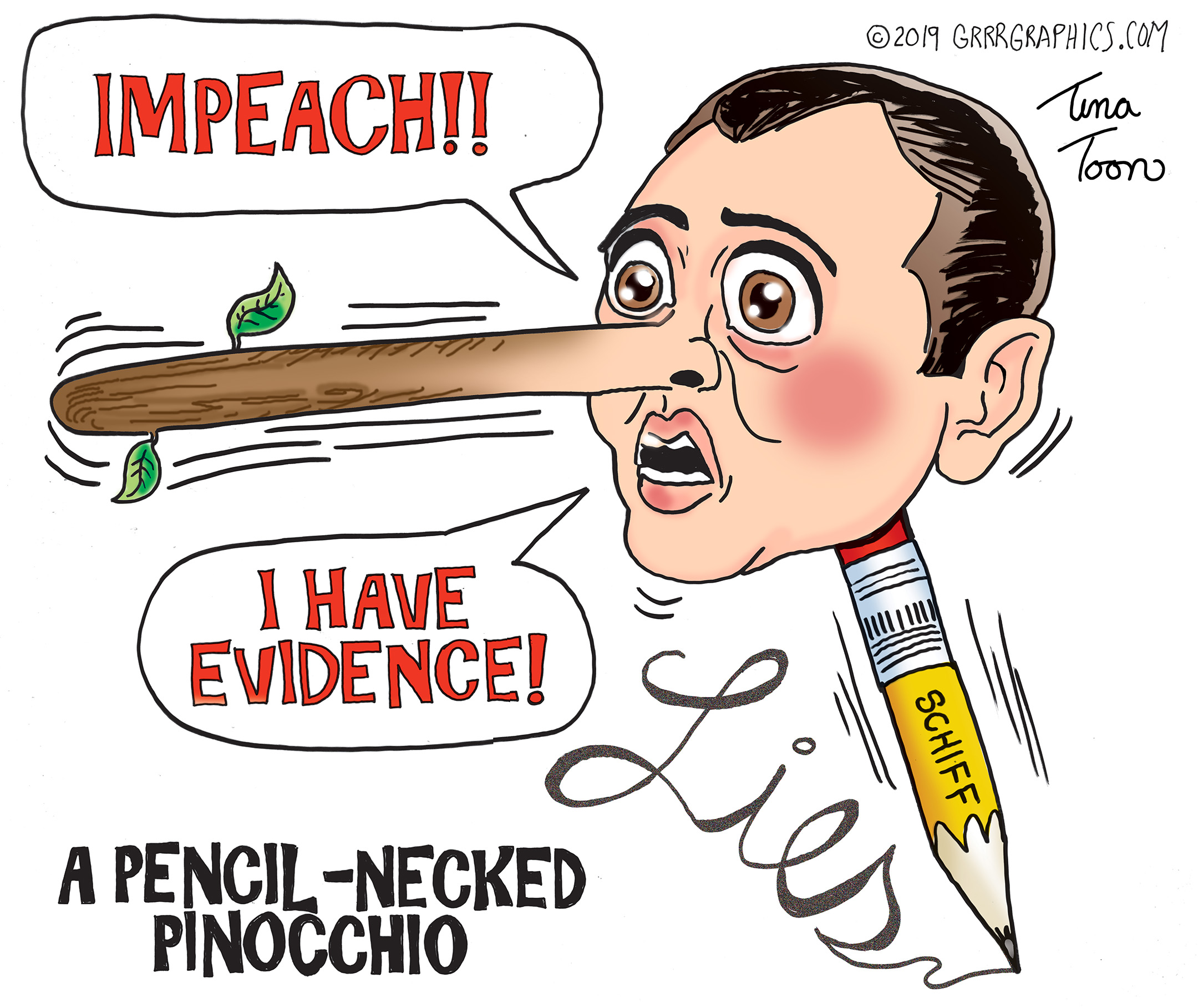 Adam Schiff is a lying, pencil-necked Pinocchio who continues to lie about President Trump. With every lie his nose grows longer and his pencil neck gets thinner.

For years, Schiff has been pitching his lies and deceptions to the American public. Fortunately, the public doesn’t believe Schiff and his cohorts, the fake news media.

Schiff refuses to accept the reality that the American people elected President Trump in 2016 and that Hillary Clinton, a truly horrible candidate, lost.

By means of constantly repeating innuendo and hearsay in a mass media echo chamber, Schiff seems to think his lies will become reality.

Oh, let us count the many lies of Adam “Shifty” Schiff:

And his lies keep on coming!

Shifty Schiff never met a lie he didn’t like.  He should resign before his growing nose of lies tips him over.