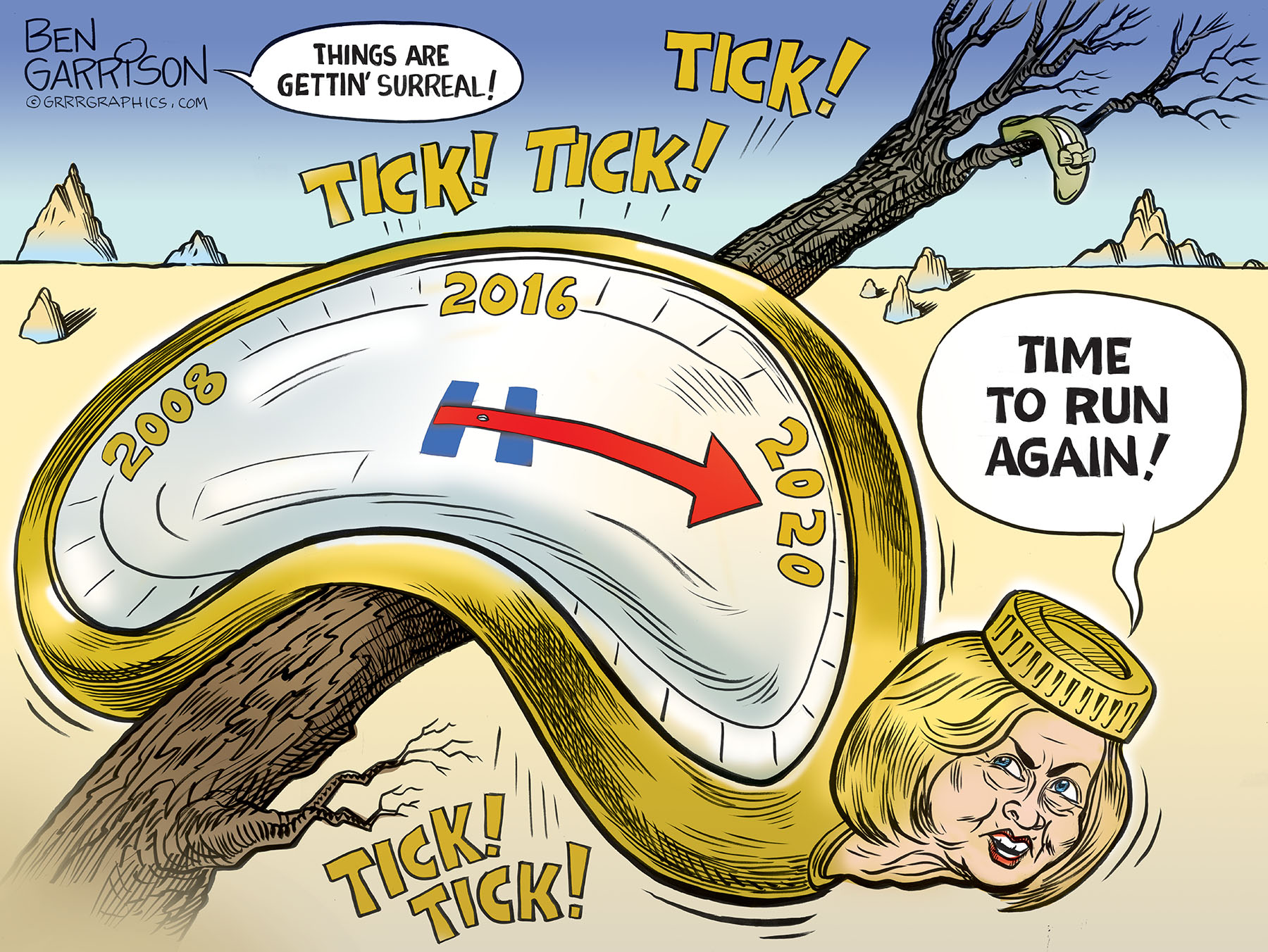 It’s time for Hillary to run again. Her 2016 bid ticked her off because everything was rigged in her favor and she still lost. It has stuck in her vindictive craw for nearly three years and she wants to get even.

I predicted she would run again in 2020, and big hints about her candidacy are being dropped nearly daily. Former Clinton advisor Dick Morris, who knows Hillary as well as anyone, says Hillary will run as long as she has a pulse. Her brain may be out of whack, but her ticker keeps on ticking, so she will wind herself up for another crack at the White House.

Another presidential run might also help shield her from prosecution. She’s a slippery arch-criminal.

The Clintons own the Democrat party. They are the template, so naturally the party is completely rigged and corrupt to the marrow. She knows she still has the backing of the Deep State and the lying corporate media. All she has to do is keep-buying people off. She will run again and try to rig things even more while spewing more mendacity and parading thinly veiled contempt for the American people. She thinks people are stupid enough to vote for her despite her grotesquery.