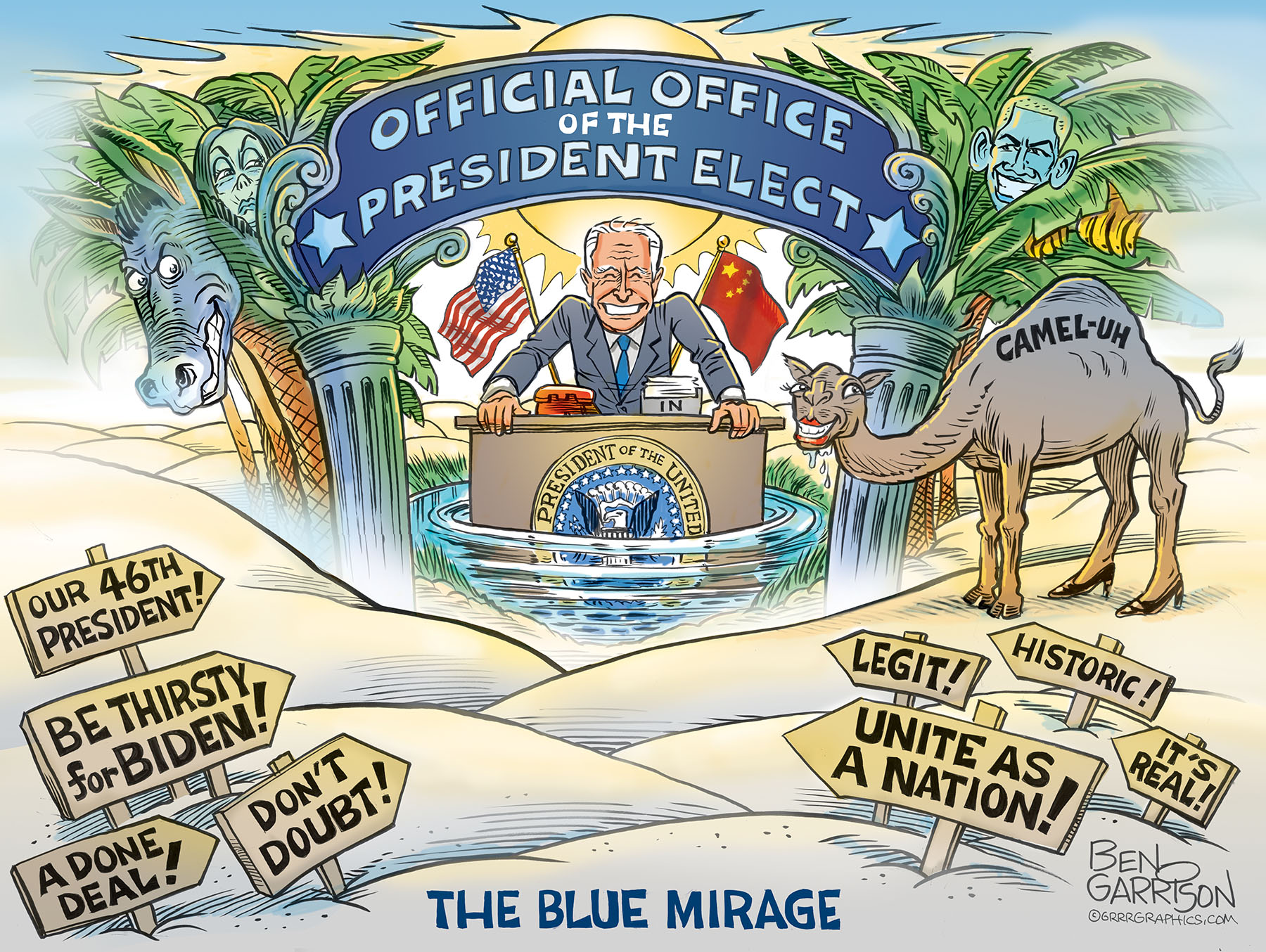 “Biden is President Elect because we said so,” Fake News.

I occasionally tune into CNN to observe the Democratic propaganda du jour.

I expected to hear outrage that Trump hasn’t conceded and that’s exactly what I got. The CNN talking heads nattered on about how unfounded Trump’s accusations of voting fraud were and that he had no proof. They claimed that even Trump’s staffers were urging him to accept his defeat for the good of the country. Then they went on about how important it was for Biden to be included in daily presidential briefings.

Then it got even more ridiculous. John Brennan, the ex-CIA head under Obama, went on about how he swore to defend his country from enemies foreign and domestic. Then he lit into Trump and said Pence needed to invoke the 25th Amendment and remove Trump before he committed some reckless action. This is clear treason by Brennan. Trump is a lawfully-elected president who not only should contest the election stolen by the commie Brennan and his ilk, but also he deserves to finish out his term if he’s unsuccessful. Brennan wants Trump rushed out of office as soon as possible, probably in order to protect his own backside from a well-deserved prosecution for his involvement in the Democrat-concocted Trump/Russia collusion case, now thoroughly discredited.

Biden has already been congratulated by world leaders. Big deal—it means nothing, but the legacy media want Biden’s election to appear to have a solid foundation. In reality, it rests on shifting sand.

Biden has set up ‘The Office of The President Elect,’ which is laughable. There is no such thing, but the Democrats are heavily underlining Biden’s supposed legitimacy while silencing anyone who questions it. The Democrat legacy media express their incredulity that anyone could possibly question anything less than a squeaky-clean election of Biden. Silicon Valley social media are engaged in their usual censorship of election doubters. Apparently anyone who questions the Democrat narrative are nothing more than ‘conspiracy theorists.’

It’s important for the Democrats to create a mirage of Biden’s presidency. Wishing will make it so. A fait accompli. Or so they hope.

Those hopes need to be dashed. The Democrats ruthlessly stole the presidential election and they must not be allowed to get away with it.

Calendars will be available soon!

WANT TO SUPPORT CARTOONS IN A FUN WAY? SEND BEN A VIRTUAL CUP OF COFFEE! WE LOVE OUR COFFEE STRONG- CLICK TO SEND A CUP!