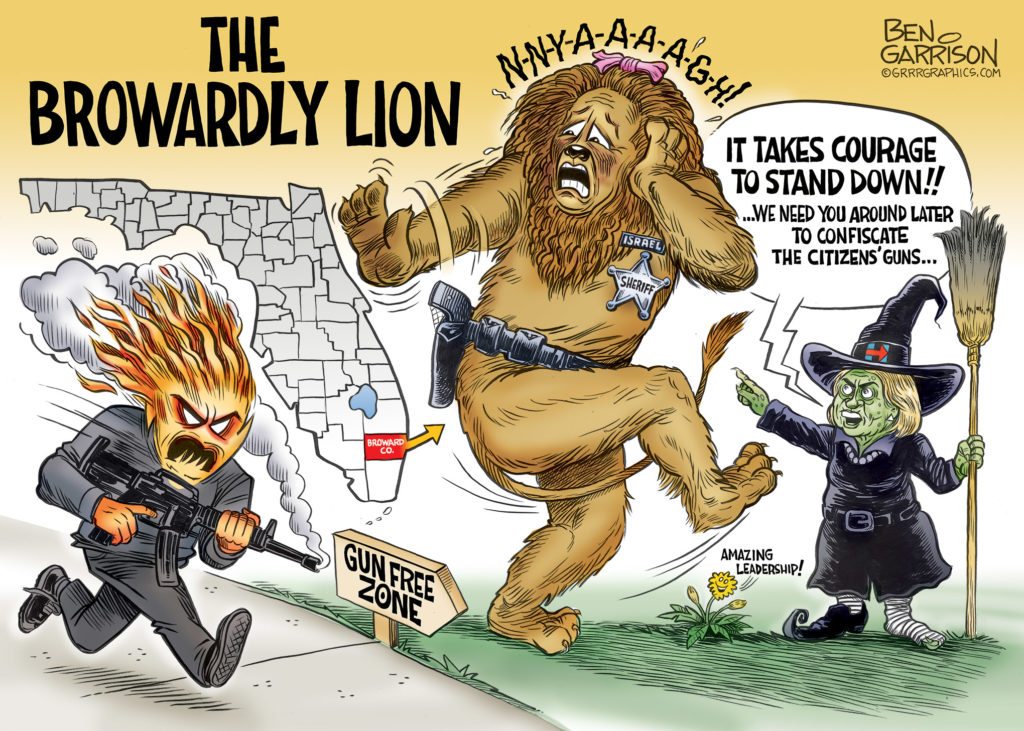 Broward County Sheriff Scott Israel needs to be fired. Apparently Florida lawmakers are pushing a petition to the state governor to see that it happens, and it should.

The beleaguered sheriff blamed his own men for their cowardice, but he represents those men and should take responsibility. He should have hired red pilled men instead of soy boys. Instead of attacking the shooter, Israel attacked the NRA and gun owners. He was also a big supporter of Hillary Clinton, which makes him by default a supporter of the shadow government. The county’s own Debbie Wassermann Schulz is also part of the same corrupt cabal that want us to turn in our guns.

The do-nothing FBI also shares blame. Or did they allow it to happen to further the Shadow Government’s determination to abolish our Second Amendment? It’s no wonder conspiracy theories abound.

We’re hearing their usual bleat for more gun control, or they want them confiscated outright. Instead, many people are instead buying more guns. Schools are targets and therefore need to be hardened. This can be achieved by allowing ‘concealed carry’ among willing and trained teachers as well as adding an armed guard in each school.

Buy Original Art
There’s only one original, so if already sold, sorry in advance.