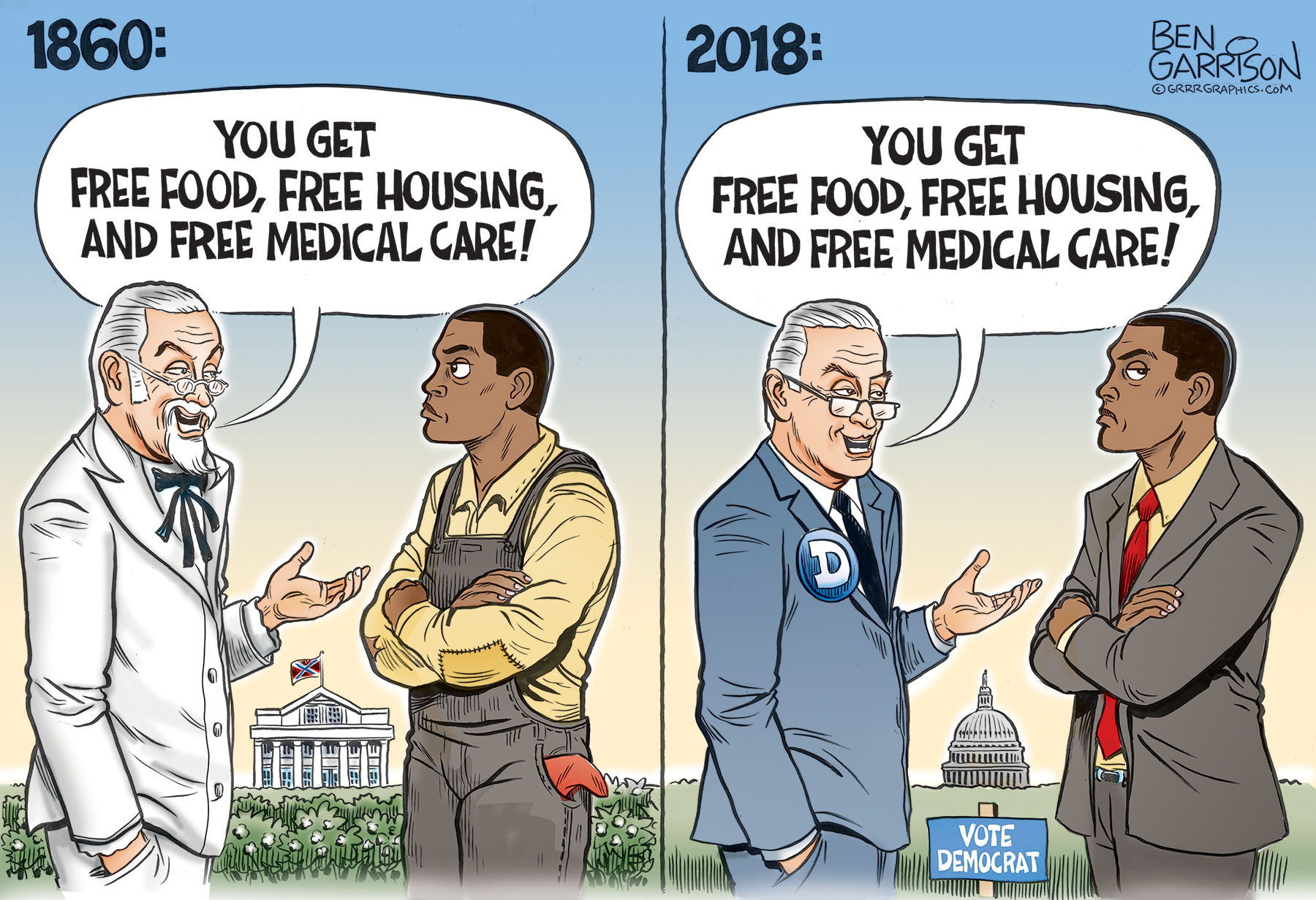 UPDATE: Nov 2, 2018  Facebook has banned this cartoon from FB page-for 24 hours with no warning –#WalkAWAY From Democrats in 2018

Hillary Clinton revealed her racism once again when she recently joked, “I know, they all look alike,” to a questioner who asked about Eric Holder and Cory Booker.

If a Republican had made that same retort, there would be apologies gushing out six ways toward Sunday, but Hillary always gets away with everything because the Deep State fake news media remains on her side. She also once referred to blacks as ‘super predators.’ Secret service agents have alluded to racist remarks made by the Clintons.

In her 2016 presidential election bid, Hillary bragged about having a small bottle of hot sauce in her purse. She must have thought it was a good ploy and all that was necessary to lock in her black voters. Of course, Hillary has contempt for all non-rich voters, no matter what their race, but many have forgotten that Hillary was also a good friend to Senator Robert Byrd, who was a KKK member during his younger days. Bill Clinton was called the first black president for no good reason other than to ingratiate himself with black voters.

Obama was the first real (half) black president and he was supposed to heal America’s racial divide, but instead he did his best to widen it at every opportunity. He certainly did nothing to bring more jobs to blacks. Instead, he did the Deep State’s bidding while trying to paint his disastrous, scandalous presidency as a great success.

The secret FBI files on JFK released earlier this year stated Lyndon Johnson was also a KKK member in his early days and he often made crude racial slurs and remarks despite his support for civil rights.

He even bragged that by giving African Americans free stuff that he could keep them voting for Democrats over the next 200 years.

The Democrats were the party of slavery and they still want to keep blacks under their control. For too long Democrats have taken the black vote for granted, but we’re starting to see erosion in that support with movements like “Blexit” beginning.

“Blexit” is the Black exit from the Democrat Party. African American employment is rising under President Trump. Many blacks are fed up with the Democrat Plantation. More and more are starting see socialism and ‘free stuff’ as a means to enslave. In short, many are waking up just in time for the upcoming election. #WalkAway

Someone should tell Hillary that not all blacks look alike. Nor do they all think alike. 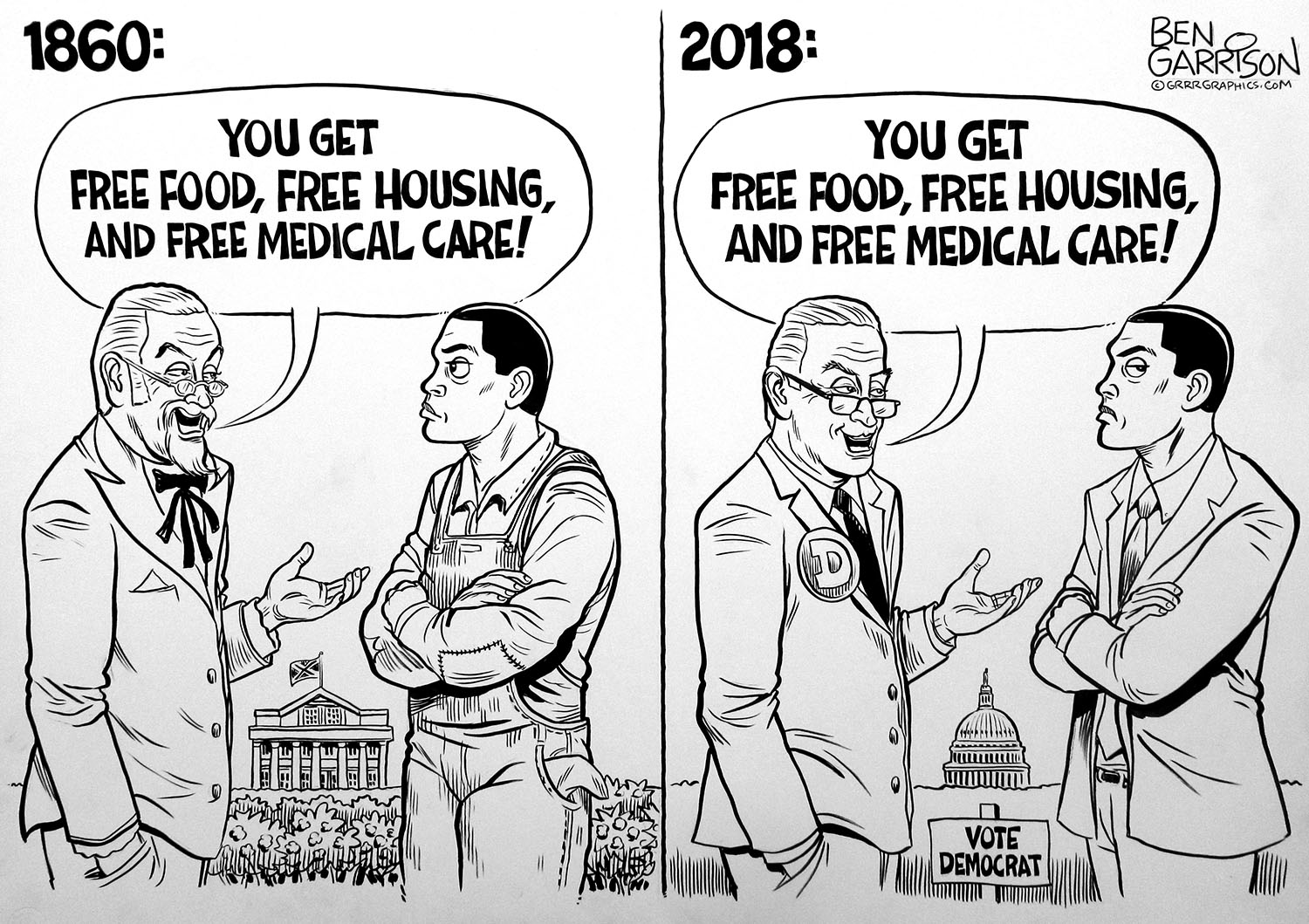