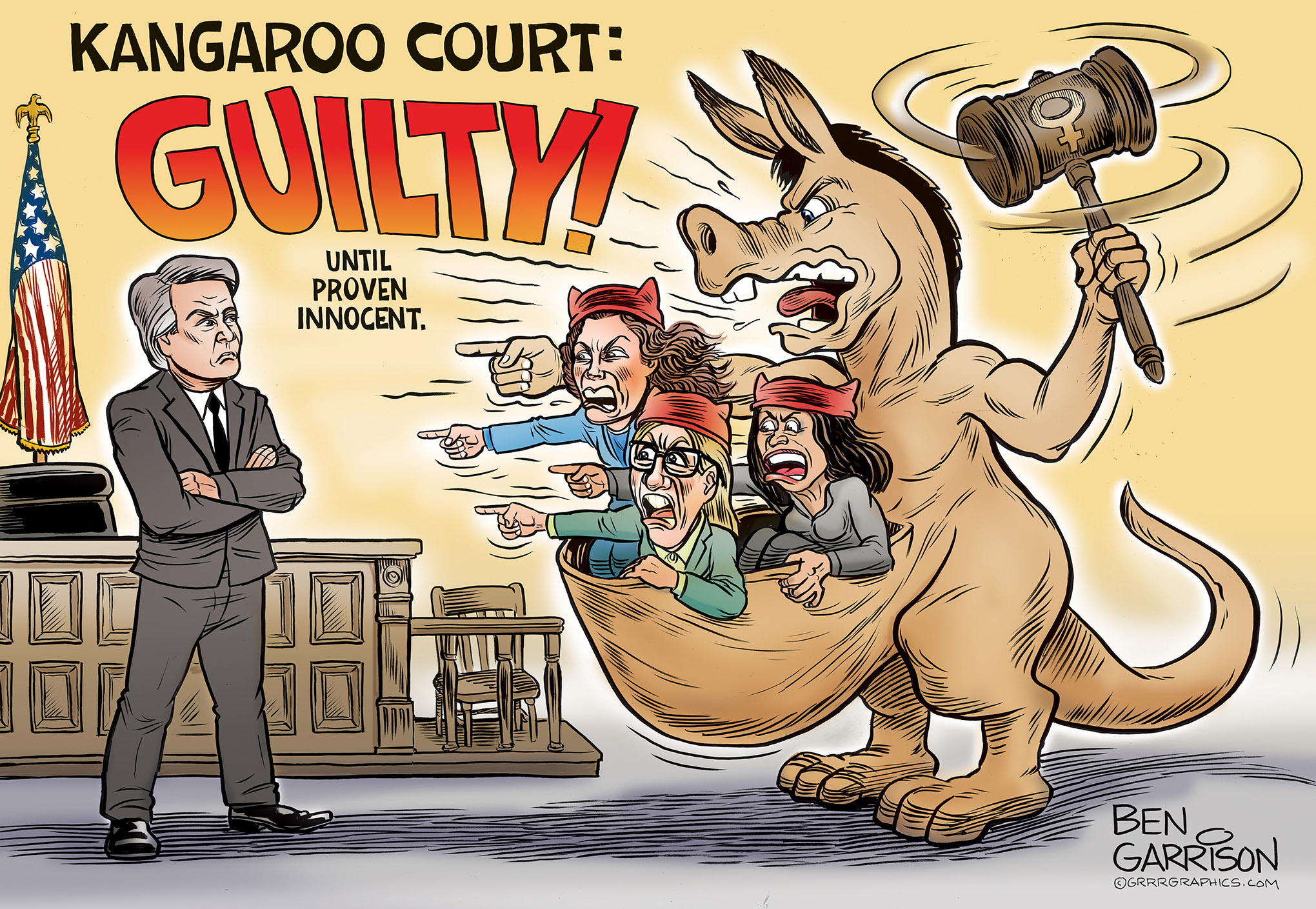 After an extensive investigation that included the thorough review of all potentially credible evidence submitted and interviews of more than 40 individuals with information relating to the allegations, including classmates and friends of all those involved, Committee investigators found no witness who could provide any verifiable evidence to support any of the allegations brought against Justice Kavanaugh. In other words, following the separate and extensive investigations by both the Committee and the FBI, there was no evidence to substantiate any of the claims of sexual assault made against Justice Kavanaugh.

The report notes that the committee has referred several individuals to the Department of Justice and the Federal Bureau of Investigation who seemed to have made false statements against Kavanaugh to the committee. Breitbart

UPDATE Oct 5, 2018 Senators Collins and Manchin Stand up to the Left’s Rent-A-Mob – will vote to confirm Judge Kavanaugh to the SCOTUS

Senators on the Judiciary Committee on Thursday morning will question Supreme Court nominee Brett Kavanaugh and Christine Blasey Ford, the Northern California psychology professor who has accused Kavanaugh of sexual assault when they were teenagers. LIVE UPDATES

The phrase ‘kangaroo court’ is synonymous with a mockery of justice, and that’s exactly what Supreme Court nominee Brett Kavanaugh is facing.

One woman complained that high school kids, including Kavanaugh, lined up for a ‘rape train’ against her, but she never contacted the police at the time. Nobody even heard mention or rumor of such an event. In fact, she continued to attend more parties. Now, over 30 years later, she’s complaining. In actuality, the increasing line of leftist women coming out the woodwork to claim Kavanaugh assaulted them are now running a ‘lie train’ to stop his confirmation.

Some feminists are yelling that any report of men sexually assaulting them in the past MUST be believed. They’re saying that women aren’t capable of lying for political purposes like men do. Isn’t that sexism? Women lie and commit crimes just like men.

Especially when they consider the ends justify the means.

What means justify their lying? Their right to easy abortions. They leftists love abortion and want to protect Roe vs. Wade by any means. There are 3,000 abortions performed per day in the United States. One report shows more blacks babies are aborted yearly in New York than there are being born. Abortion has become another form of birth control in these days of sexual profligacy. Aborted fetal tissue is being used in bio medical products. It’s a dark, almost ghoulish subject and is almost too painful to contemplate, but many of these women see abortion as a virtue. Hillary Clinton loves abortion and once claimed a baby had no rights at all—even an hour before birth. I happen to believe unborn babies do feel pain when aborted—but they have nobody to speak for them.

Trump Derangement Syndrome is another possible reason why Democrats continue to send protestors out of their clown car. Some are funded by George Soros. These efforts at protest can be tolerated but eventually it can be seen as sedition if they continually try to block the vote to appoint a qualified candidate nominated by a qualified and lawfully elected president.

As for Kavanaugh, none of his accusers can produce even a tiny shred of evidence of any sexual assault whatsoever. It’s empty hearsay and obstruction.

It’s time to conduct a confirmation vote and end the ‘me too’ farce.

Had enough of the unhinged Left and their Stalinist tactics?  Join Ben on Patreon – more Red Wave Cartoons for the Midterms!