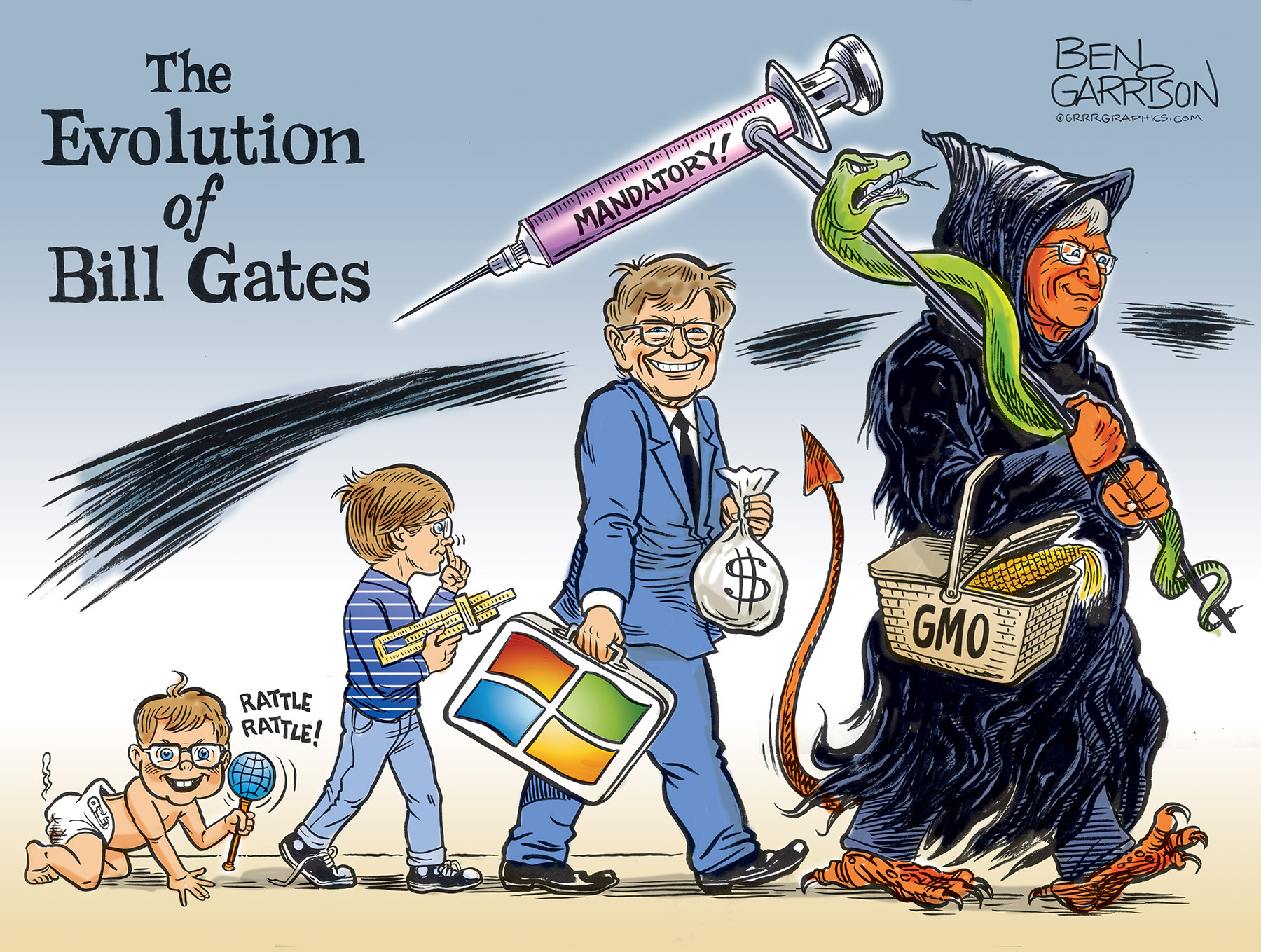 Bill Will make BILLIONS on his Virus Vaccine!

Bill Gates is not a virologist. He’s not a medical doctor. He doesn’t even have a college degree. Yet through his foundation, he owns and controls vaccine makers, as well as patents on viruses including the coronavirus. He owns pharmaceutical companies. He controls medical organizations and their stooges do his bidding.

Bill’s father headed Planned Parenthood and was friends with one-world government billionaires such as George Soros and David Rockefeller. They were all eugenicists in favor of population reduction. Bill clearly stated he could reduce world population through vaccines. Sterilization elements have been put into his vaccines and jabbed into the veins of hapless African victims. His polio vaccine was used in India—often without consent—and it caused polio and many deaths.

Bill Gates and Microsoft pushed a video featuring the spirit cooking satanist, Marina Abramovic the day before Easter. Bill Gates was friends with the satanic billionaire pedophile Jeffrey Epstein. Gates hates Christianity. He believes in science, and he’s corrupted it with money.

Bill Gates was never elected, but we are forced to follow his dictates through the ‘guidelines’ of his henchmen, such as Dr. Anthony Fauci. These guidelines are not the law, but citizens are fined and arrested as if they were.

Bill Gates expects us to march lockstep, submit to mass media brainwashing, and demand whatever vaccine he will roll out. That vaccine will come with a digital marker, enabling scanners to make sure we’ve all had the mark of the beast. Otherwise, we won’t be allowed to travel. At the very least, such a vaccine will accustom us to what Gates really wants us to get—an implanted identity chip that will allow us to buy and sell in a cashless society. If that happens, it’s game over. Bill Gates and his pedophile satanists will win.

Bill Gates is a squeaky-voiced computer nerd who has amassed has over $100 billion. He once tried to screw the cofounder of Microsoft, Paul Allen, out of most of his shares through dilution. Allen found out in the nick of time. Bill never apologized. That’s how ruthless and traitorous he is.

Bill Gates is murdering monster that must be resisted at all cost. Do not take his mark of the beast vaccine!

We are fundraising for this month as we must move from our current rental. We are sacrificing some of our BIG BOOK stock we were keeping for our family. If you missed out on the BIG BOOK last year we have 3 available. Rare collectors item!

Book 17 is owned by Donald Trump Jr. and book 1000 is owned by General Flynn!  We have promo books signed by both Ben and Tina, they are not numbered. If you are interested please click here