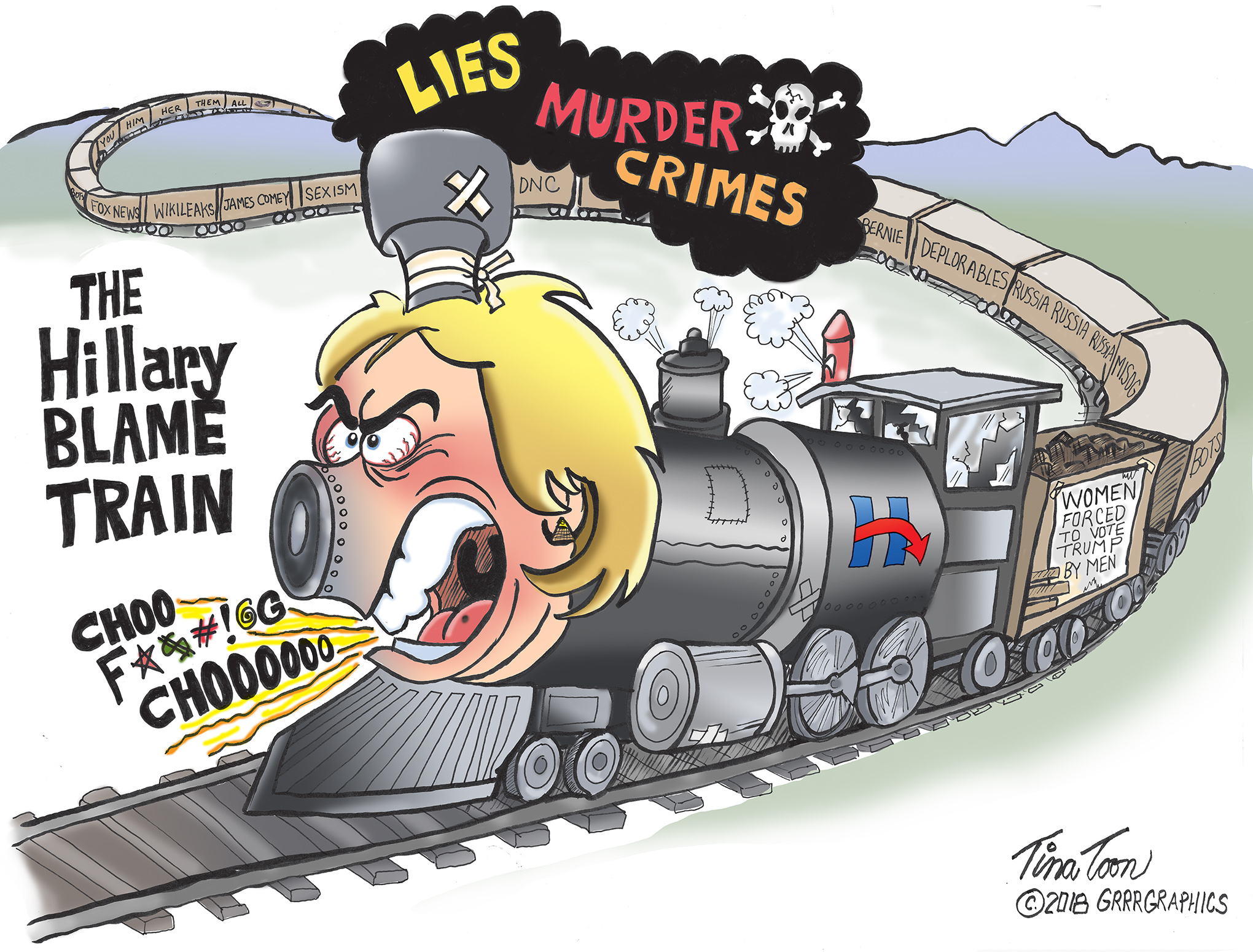 The Hillary Blame Train just keeps chugging along. Does she have plans to steam toward the presidency again in 2020? We hope so—it will be glorious to see Trump defeat the Deep State witch one again.

Clinton is a criminal who has long grown accustomed to getting away with her crimes. Her thick black smoke of obfuscation can’t cover the fact she murdered Gaddafi. The long Clinton trail of bodies has become legendary. Vince Foster, JFK Jr., Ron Brown, (His name was Seth Rich), and many others left along her bloody track.

The politicized FBI ensured she would not be prosecuted for her illegal server and pay for play schemes that included Uranium One. Still, she blamed Comey for not exonerating her further. Her lies are countless. Lying has long become habitual and instinctive reflexes to Hillary.

Hillary has a long litany of reasons for her loss. She repeats them ad infinitum. The new “blame of the day ” are women forced to vote Trump by their domineering husbands. Right. Only in Hillary’s crooked cranium does that excuse make sense.

Sessions needs to wake up and switch her to a track that’s headed directly toward prison.

Thank you for the support- I hope you are enjoying Tina Toons!

We love our Patrons- This month only we are sending all our new Patrons a Trump 2020 magnet Free when they sign up! Pledge $5.00 plus get the Trump 2020 and the MAGA magnet! What a time to be alive! Join us in the never ending battle against the Deep State and the Fake News media at PATREON  #MAGA 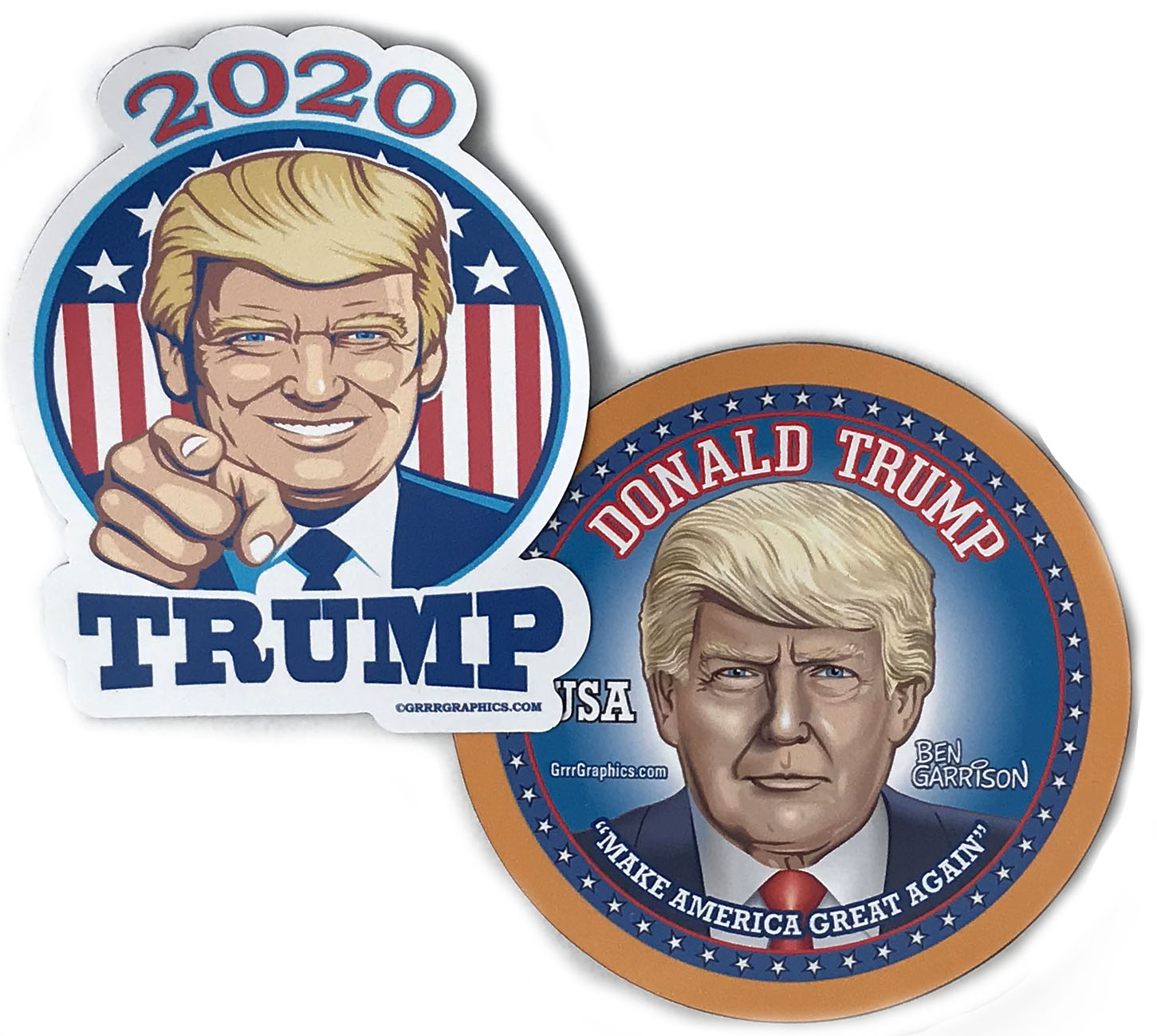 If you would like to make a one time donation to GrrrGraphics- Buy Ben a coffee!