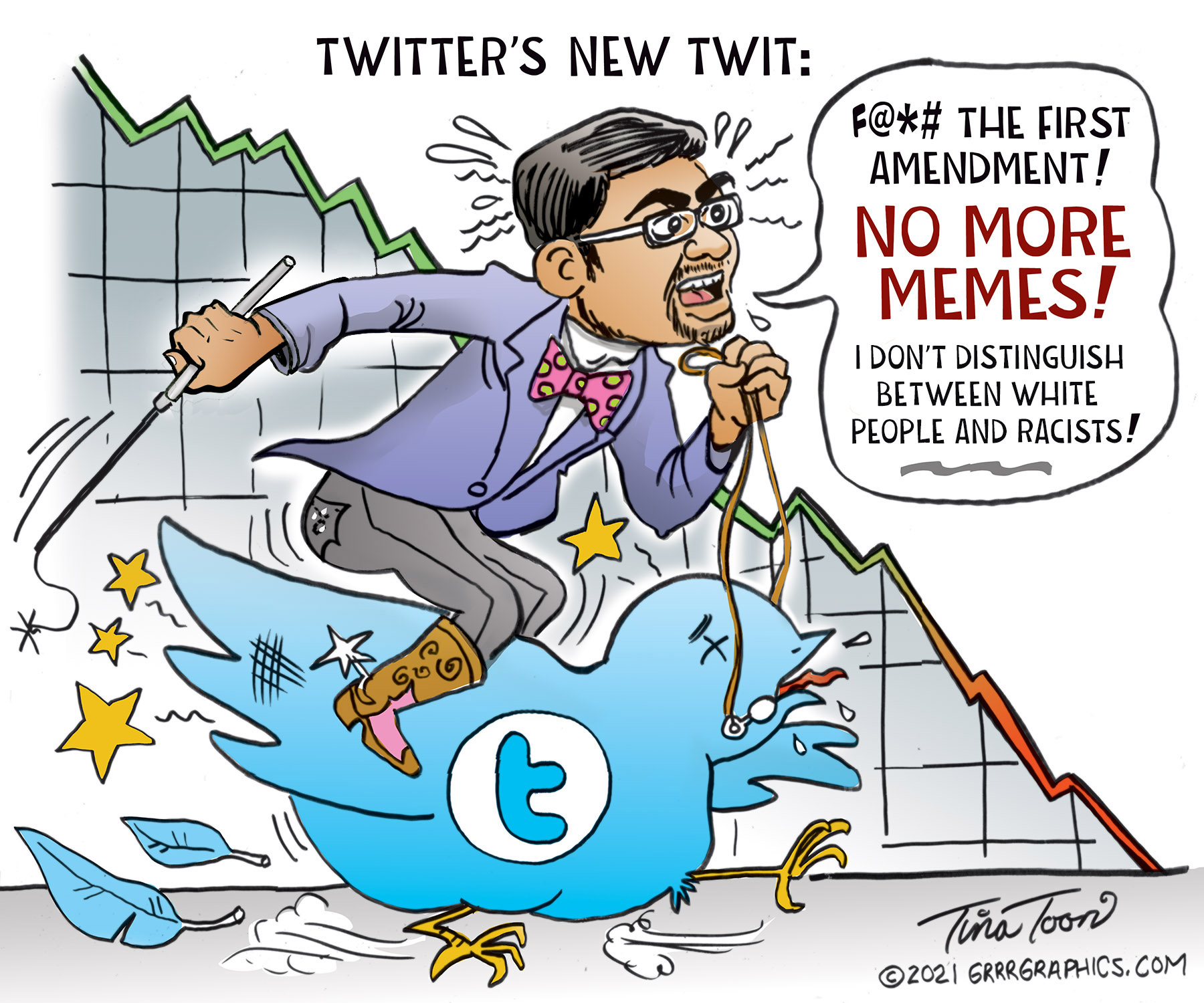 Meet the new Twit, same as the old Twit

Jack Dorsey has stepped down as CEO of Twitter. No reason was given and the announcement came on Monday November 29th, the same day the Ghislaine Maxwell trial began.

And right on schedule, Twitter’s new CEO Parag Agrawal – the platform’s former Chief Technology Officer, revved up the censorship on the platform. Parag is a radical who has said Twitter should not focus on “free speech” that the second amendment is not something they would follow.

So if Twitter will not follow the laws of this country, what country’s laws do they plan on following? Just their own?

Parag also called White people racists in an old tweet. and of course Twitters fact checkers came out in force saying it was a quote from some show no one remembers.

“If they are not gonna make a distinction between muslims and extremists, then why should I distinguish between white people and racists.”

One day after Parag became CEO, Twitter banned sharing images of  “Private Individuals” without their consent.  This included memes and video from citizen journalists filming riots and crimes. What is Twitter getting ready to hide? The civil unrest that is coming? The protests against Biden’s clown show of a government?  Or maybe photos from the Maxwell trial?

Guess we will have to wait and see.

In the meantime, Twitter will ban and lose more accounts and will go the way of  “My Space” as people will flock to new platforms that embrace the first amendment, such as “Truth Social” launching in February.

WANT TO SEE MORE CARTOONS? SEND BEN AND TINA A “COFFEE” SO THEY CAN DRAW EVEN FASTER!!  A FUN WAY TO DONATE AT KOFI.COM CLICK TO SEND A HOT CUP OF COFFEE TODAY!