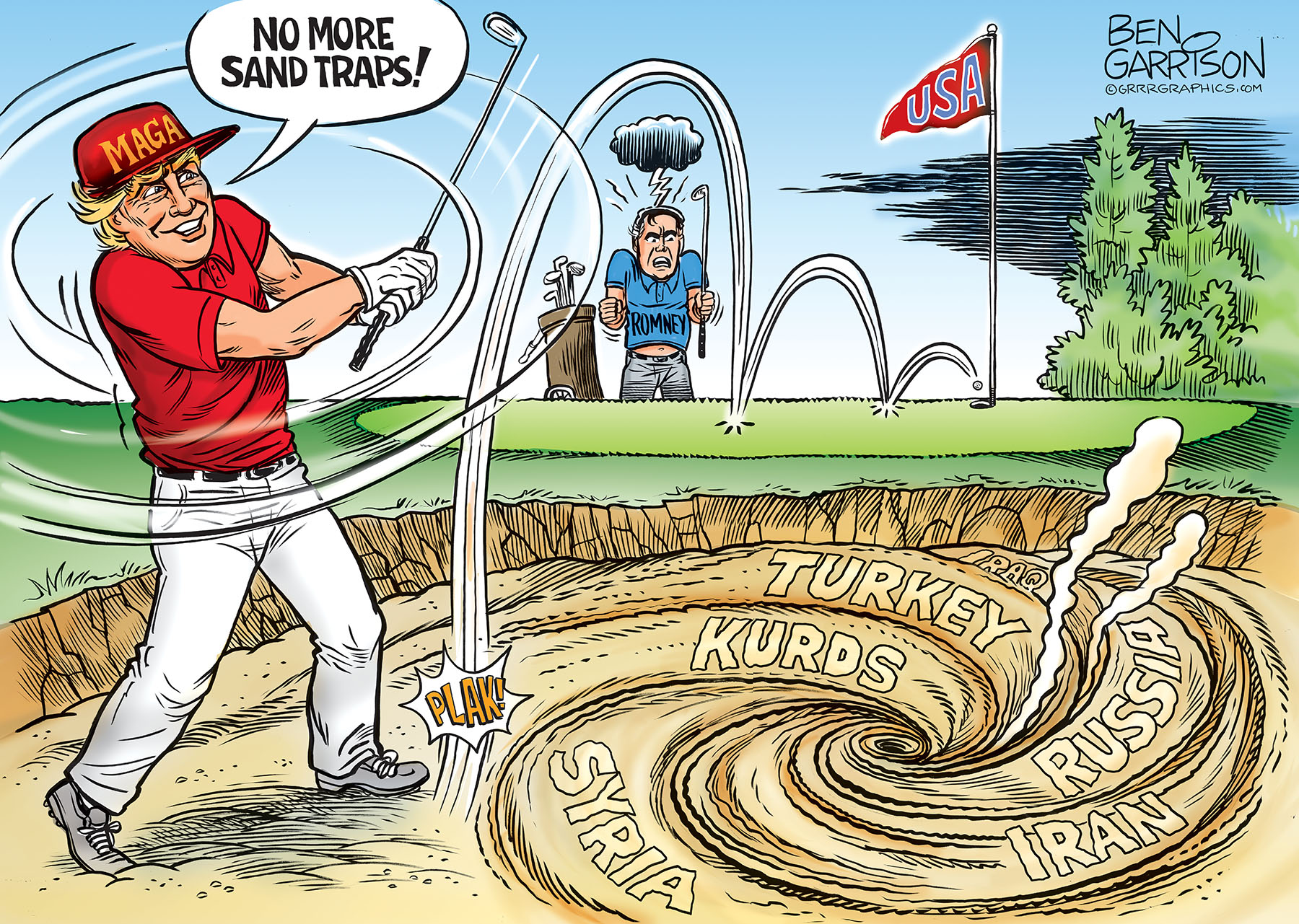 BREAKING:  Breaking: The House has overwhelmingly voted its bipartisan condemnation of President Donald Trump’s withdrawal of American forces from northern Syria. Democrats and Republicans banded together Wednesday and approved a nonbinding resolution by 354-60 vote.
The resolution states Congress’ opposition to the troop pullback and says Turkey should cease its military action in Syria. And the measure says the White House should present a plan for an “enduring defeat” of the Islamic State group.

Avoid the Sand Trap Of War

The thing that struck me about the latest Democratic debates (aside from their usual and predictable bleat for bigger and more intrusive government, more abortion, more gun control, and more taxes) was their desire for more war!

I remember when the left was decidedly anti-war. Eugene McCarthy and Robert F. Kennedy both wanted to end the war in Vietnam.

How things have changed. The Democrat socialists now appear to have a blood lust for endless war. Perhaps their logic is on tilt due to their anti-Trump hatred, but what I heard was loud and definite war mongering! Repeatedly I heard statements along the lines of “Trump is undermining the honor of our soldiers and shattering our credibility!” This is something LBJ or Nixon might have said. (“We can’t abandon our South Vietnamese allies—we must end the war with honor!)

Last night I heard the candidates say Trump ‘sold out’ the Kurds. I have nothing against the Kurds, but they aren’t American citizens. Why must Americans die over ancient and on-going enmities a half world away? Why must be the world’s policeman and remain in perpetual war with no benefit for America? Shia vs. Shiites, vs. ISIS (whom Obama and McCain once supported) vs. Russia, vs. Syria vs. Turkey (who is supposed to be our ally) vs. The Kurds (also our ally) vs. Israel, vs. Iraq and Iran vs. Saudi Arabia vs. Yemen…on and on without end. And the war in Afghanistan drags on bloody year after bloody and expensive year. We have no business over there. Avoid foreign entanglements!

Beto O-Rourke said, “We’ll have to send another generation to fight battles there!” The same Beto who wants to grab our guns, loves war. WHY must we send more to die fighting wars that are not in our interest and do nothing to protect our own borders?

The Middle East has been embroiled in one kind of war or another for thousands of years. The US need not be in the middle of it and they don’t want us there as a referee. Let them fight it out among themselves. We don’t need their oil any more—we are energy independent.

Trump did the right thing. He’s carrying out his campaign promise to end the useless wars in the sand. Unfortunately many of the soldiers are on their way to defend Saudi Arabia. We don’t need to defend barbaric kingdoms. Let them all pound sand on their own.

Bring ALL of our troops home! 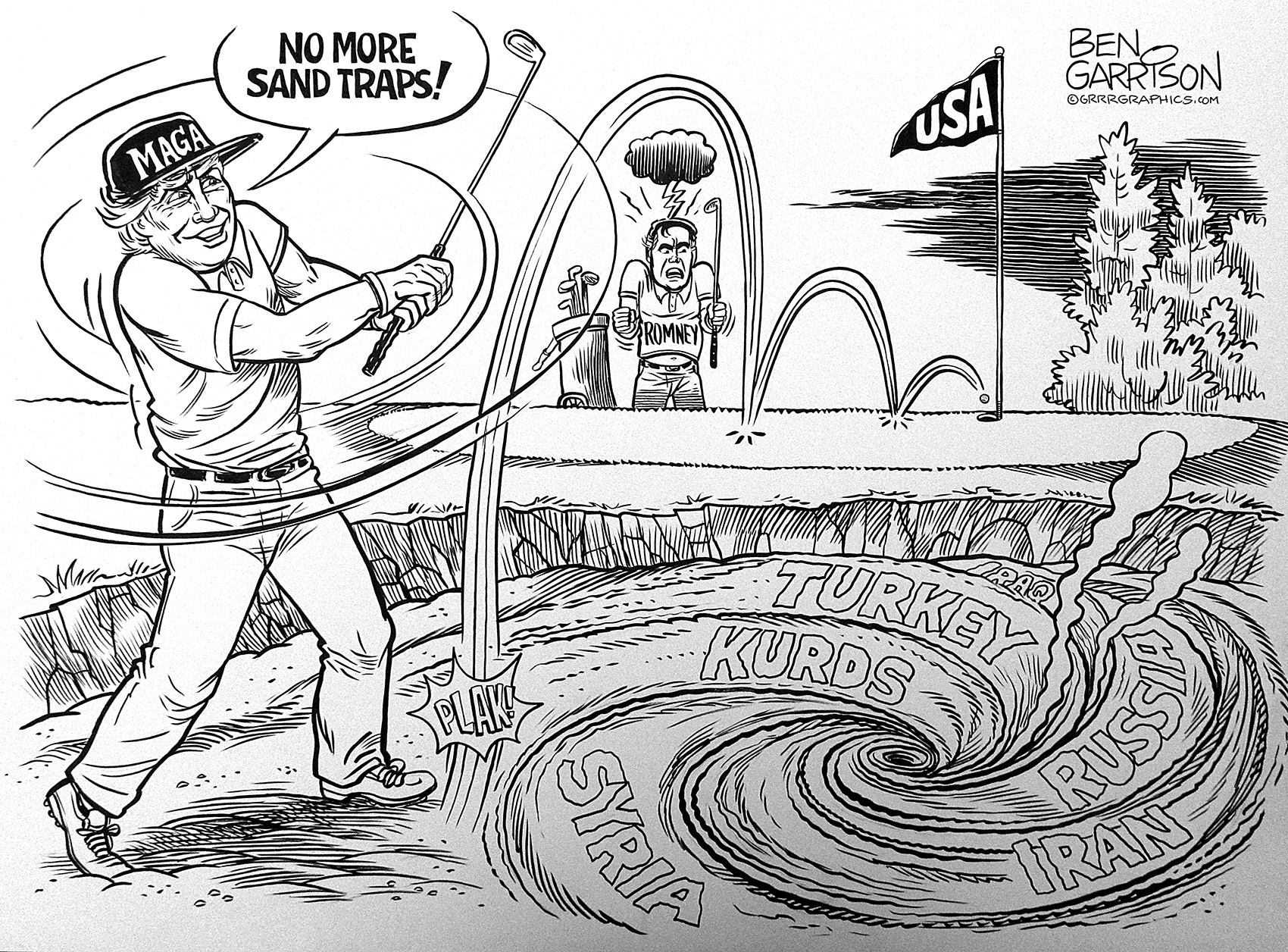