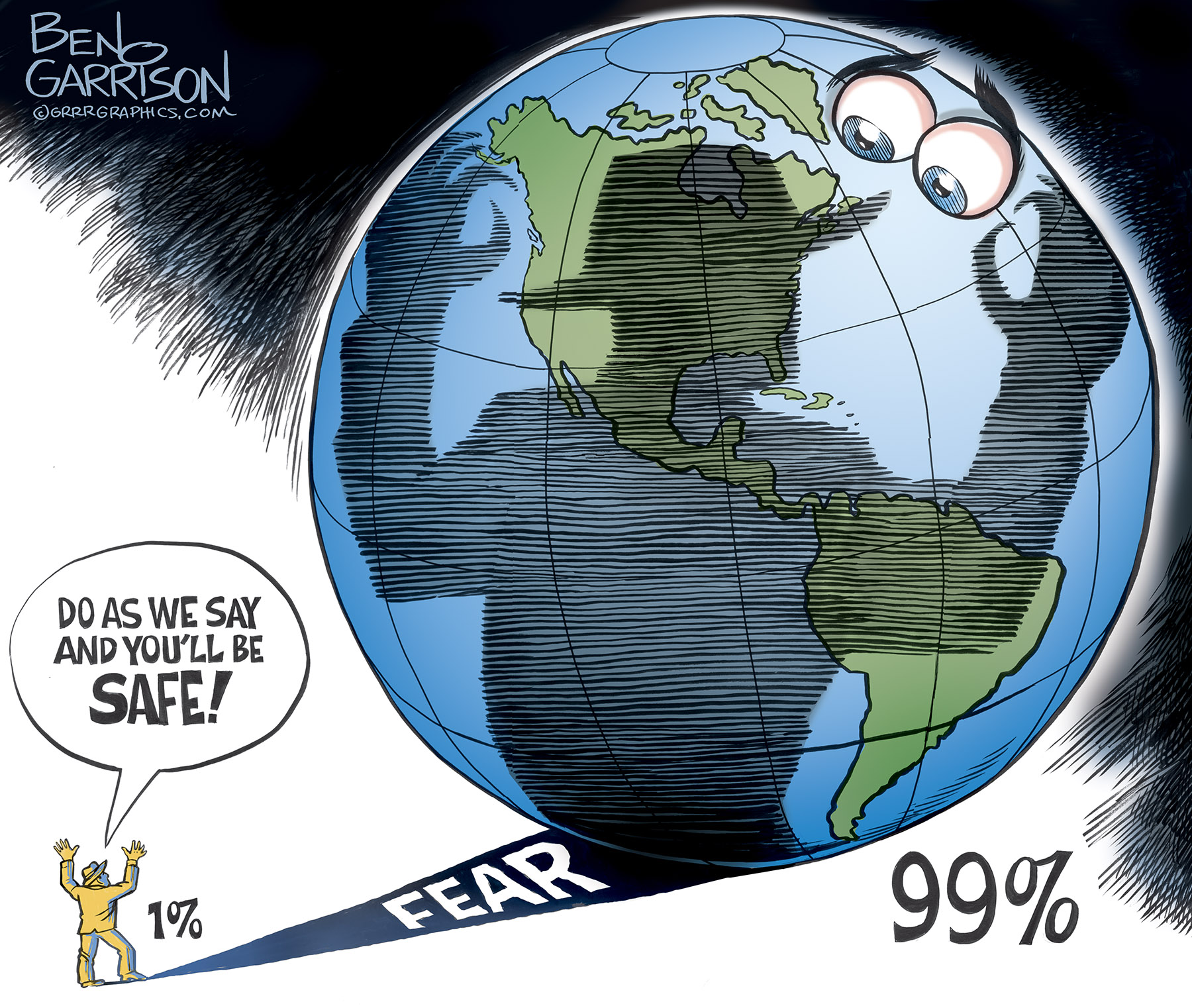 They Use Fear To Control You

It probably shouldn’t be surprising, but it is disappointing that so many people are eagerly doing whatever a small sliver of humanity tells them to do.

The latter are the ruling oligarchy. They consist of centi-billionaires and perhaps even trillionaires. They own and control most of the valuable land, the biggest banks, our security agencies, our education system, and dutiful politicians who do their bidding. The CIA-controlled corporate media is used to brainwash the public into compliance.

Compliance is achieved through means of fear more than force. The ruling caste and the pharmaceutical industrial complex claim we must voluntarily give up our freedom in exchange for safety. It’s for our own good! You want to save lives, don’t you?

The lever pushers at the top of the pyramid are using science to keep people in lockstep obeisance. We must do as we’re told because they claim to have the logical and scientific high ground. We must take their experimental jabs to prove we’re good humans who care about others. Doing so doesn’t mean there won’t be more lockdowns and social distancing. Masks have become permanent even though their own science shows masks do more harm and good. You see, they suspend science in cases such as mask wearing, rioting, and the number of genders. A man can become a woman and vice versa just because they say it’s science instead of what it really is—insanity. Their experimental gene therapy jabs and vaccines are safe even though thousands experience severe side effects and death. The ruling class says they’re safe and effective, so most of the public ignores hard evidence to the contrary. Too many people are not in touch with reality and fear makes that mental illness possible.

Nearly half the population has succumbed to such brainwashing. They’ve deeply swallowed the lies doled out by the one percent and have done so hook, line, sinker, and globalist rod and reel.

How much longer can they use fear to herd us toward our own demise? Indefinitely. They’ll trot out new viruses—real or imagined—and vaccines will become an annual event. Then perhaps even monthly. Why not? People appear to enjoy getting the jabs. They receive a virtue signaling high from them.

People need to stop participating in their own demise. Tune out CNN. Don’t take the shots—you’re not a lab rat!  Stop wearing the masks. Ignore the lockdowns. Support small businesses. They can’t arrest all of us.

Most of all, stop being afraid—is it that difficult?

Tina sez- How to stop being afraid?   Turn off the TV News, Don’t read newspapers, take a break from social media tech tyrants like Facebook who brainwash you with their “fact checkers and disinformation campaigns.”

Reminder if the plannedemic was real they would not spend millions on TV commercials and celebrity endorsements to convince you to get the jab. 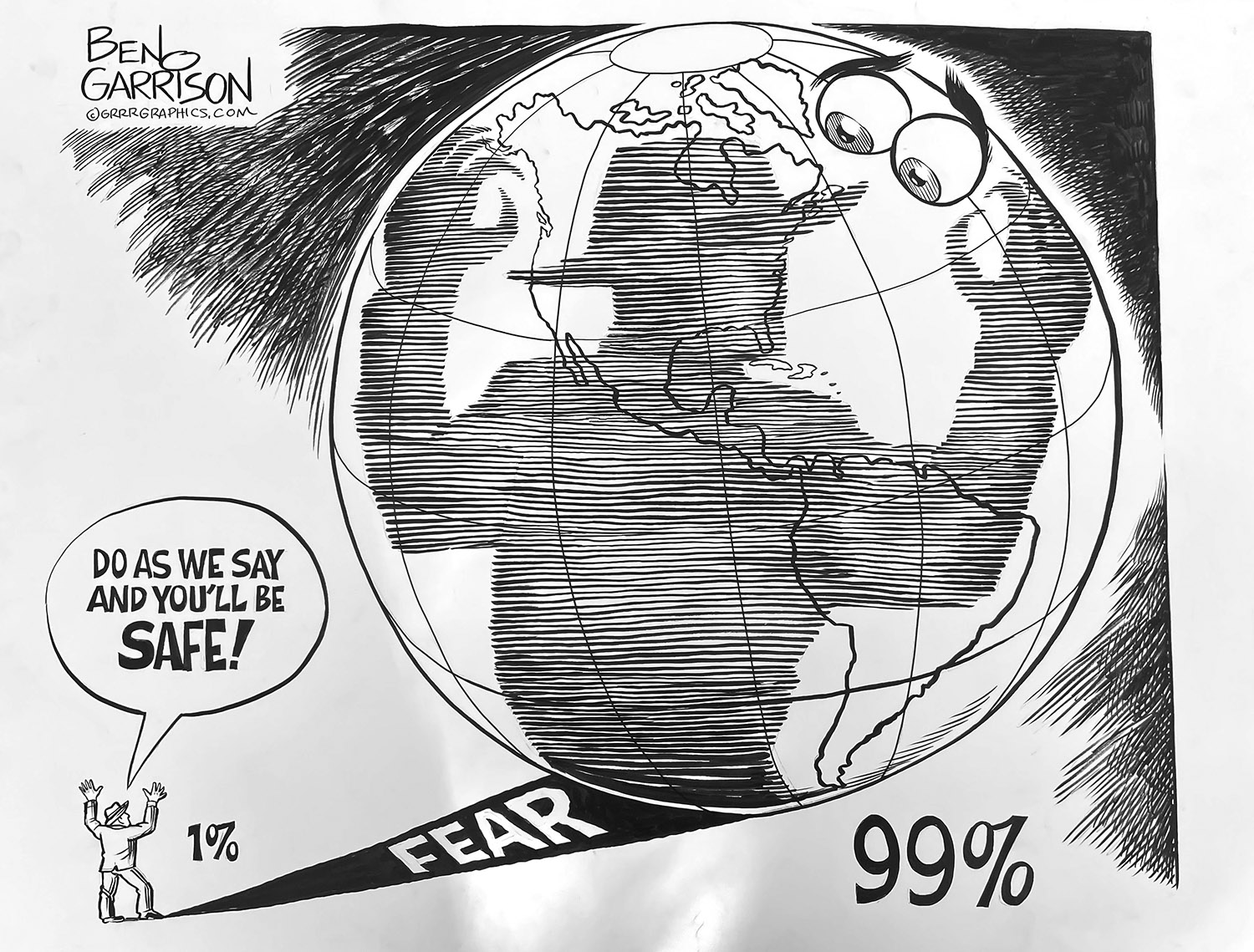