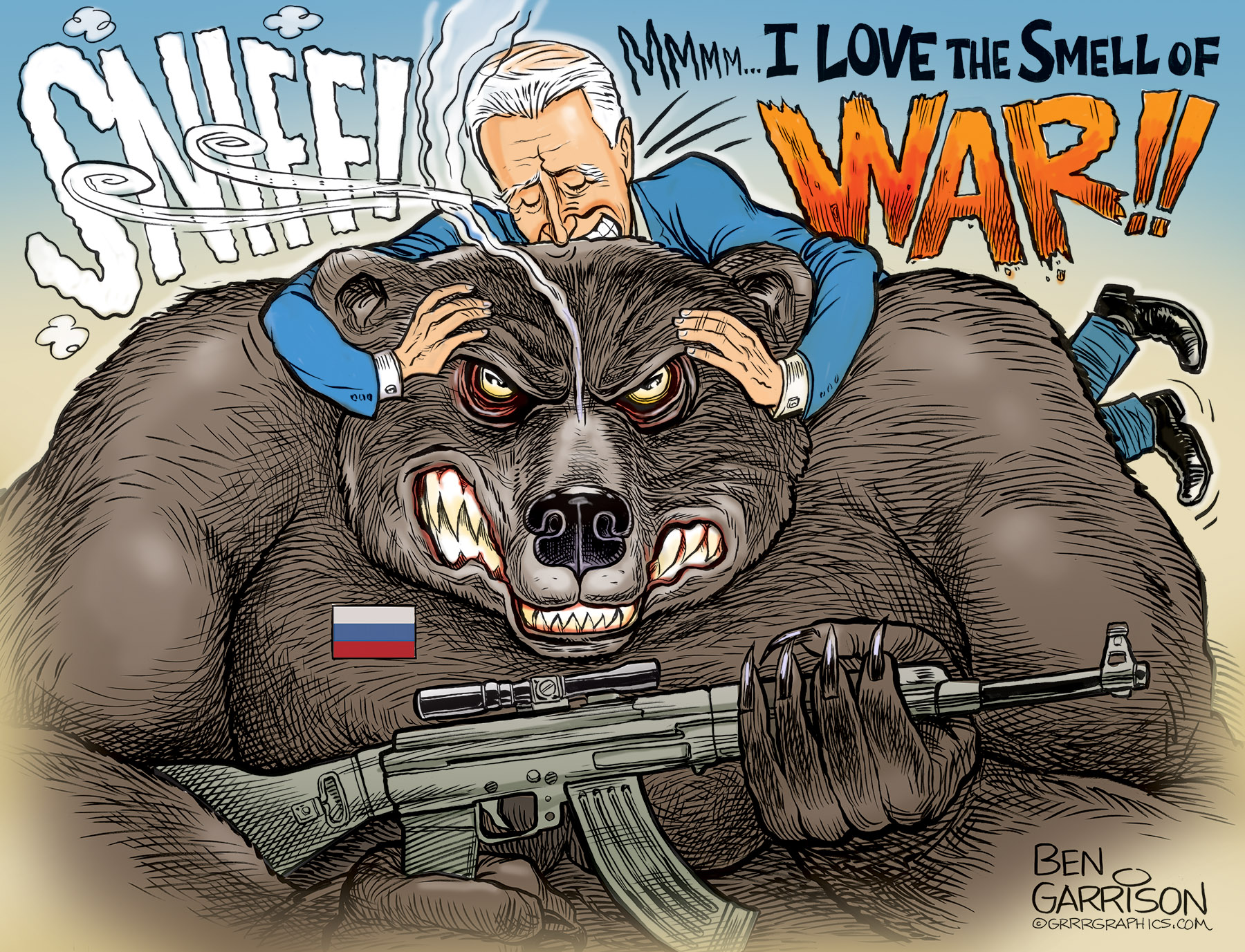 The Biden Regime declared a national emergency at Ukraine-Russia border. How does this make sense? The US border is not in Ukraine. Our southern border is wide open to anyone who wants to waltz in—armed and otherwise. It’s a disaster that requires a national emergency—not a country halfway round the globe. Let Ukraine take care of its own problems. We’re not the world’s policeman. OH—but I almost forgot. Billions of dollars are sent to foreign countries so politicians can engage in graft and money laundering. Biden doesn’t want to put a stop to that. After all, his own son, Hunter, benefitted greatly.

Biden declared ‘unwavering support’ for protecting Ukraine’s border, but again…our own borders are left wide open. Let that sink in.Biden then threatened the usual sanctions against Russia. He’s poking the Russian bear with a stick just as Hillary wanted to do. She claimed Russia stole the election away from her, which is complete nonsense.

Sign up for our emails Never Miss A Cartoon!The Socialist Democrats seemed determined to carry on their war mongering to benefit the big banks and the Military Industrial Complex, but if war does break out with Russia, it can obviously escalate into a nuclear exchange and we have a demented fool near the nuclear button.