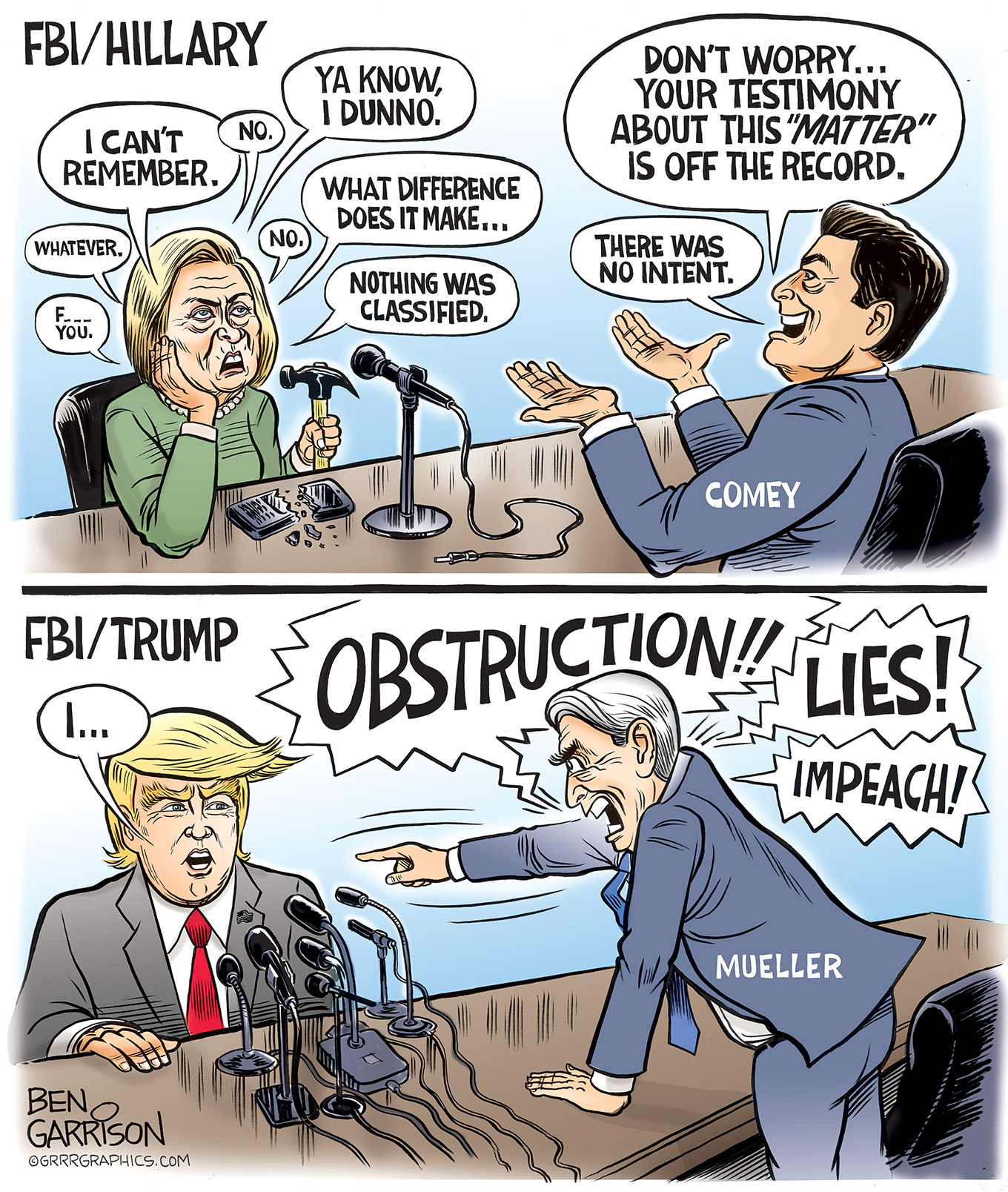 Our politicized FBI became part of the Deep State swamp and it has grown more powerful and corrupt, thanks to a string of traitors parading as presidents.

The FBI and CIA make sure ‘their’ people, members of The Big Club such as Hillary, get protected while outsiders get surveilled and smeared by their mainstream media. Crimes committed by their fellow swamp creatures get covered up. Non-swamp dwellers are attacked. Hence Mueller’s current witch-hunt to get Trump impeached.

Yes, I know Mueller is a special counsel and is no longer with the FBI, but he did act as its director from 2001 to 2013. I heard Mueller is even a Republican, but he’s of the Deep State establishment variety. He was appointed by George W. Bush and all the Bushes hate Trump.

There’s also Robert Mueller who was the Director of the FBI under Obama. He’s definitely a member of the Deep State. Comey succeeded him and he made sure Hillary got off the hook for her crimes. President Trump fired man for being extremely tall in his shadiness.

All three of these recent FBI chiefs despise Trump, and they’re all doing their best to see that he’s impeached.

The Deep State thinks they get to decide who becomes president—not We The People. They expected Hillary to take office, which would have ended all the scandals. They need to be rounded up and put in prison. We may still have the form of a Republic, but its substance (freedom) is rapidly going away.

A lot of swamp draining remains to be done.

Click Here to Make a One Time Donation – Every Dollar goes to keeping MAGA cartoons fighting against tyranny from both parties!