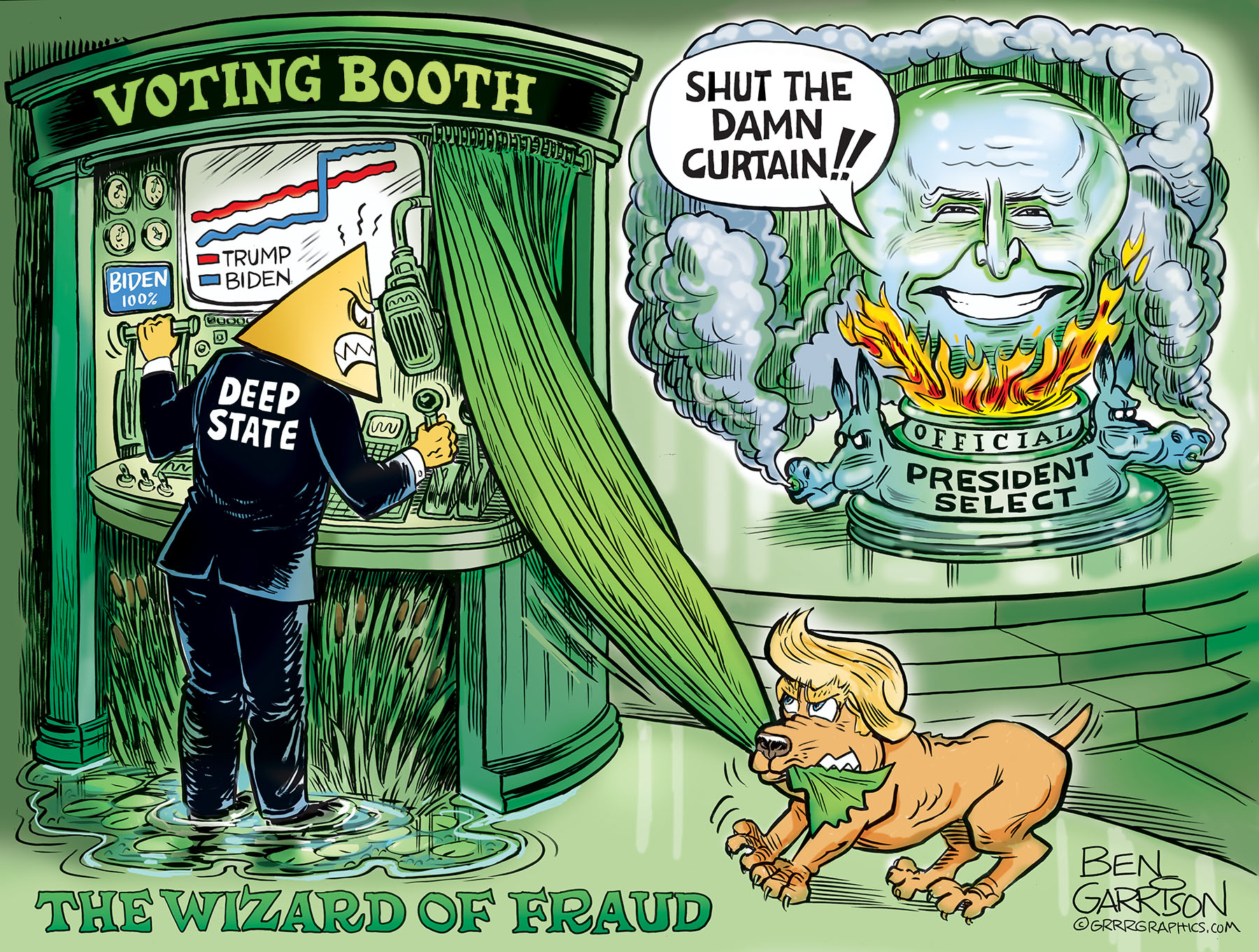 “Pay No Attention to the man behind the curtain, There’s No evidence of  election fraud”

We all know the Deep State Democrat Socialist Party took over many voting booths in key states to add fraudulent votes in favor of their demented candidate, Joe Biden. The Deep State corporate legacy media instantly pronounced Creepy Joe the victor and locked down a narrative that the overall election procedure was clean as a whistle while Trump and his supporters were simply poor sports.

The gaslighting and smoke blowing by the Deep State and its propaganda monkeys the mass media, have not lessened. They hope we all breathe in their flowery opium of lies and go to sleep.

Biden is portrayed as holding the ‘Office of the President Elect.” There is no such office. He’s not the president elect. His so-called victory was obtained by fraudulent means.

President Trump and his team have effectively pulled back the curtain on the massive and coordinated fraud that occurred. The Deep State threw a great many levers of power to make it happen.

We need to have the brains, heart, and courage to expose the fraud and send the traitors to prison. Time to click the heels of our Ruby Slippers three times!

“You’ve always had the power..my dear”

Now is the time we, the people, use it!