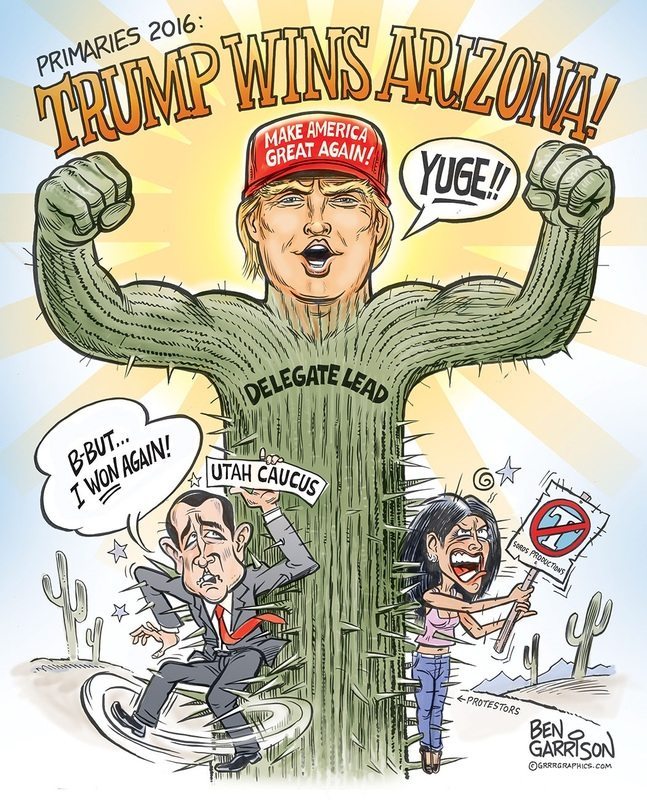 ​New Ben Garrison cartoon! Trump wins Arizona Primary YUGE!
Donald Trump won the big prize in Arizona, but Cruz collected all the delegates in Utah. Trump has a commanding lead, but Cruz still has hope and the battle between the two candidates is getting increasingly contentious. In fact, a good cartoon would be showing them fighting over their wives.

There are many serious cartoons I need to draw, too. Obama’s visit to Cuba in order to kiss the backside of one of the Castro thugs. Then there’s the bombings in Belgium. There’s a never-ending stream of ideas for cartoons, but for now this will have to suffice until I get some commercial assignments completed. One of my goals on Patreon is to become a full time cartoonist- until that goal is reached, I must keep paying the bills with graphic design projects.