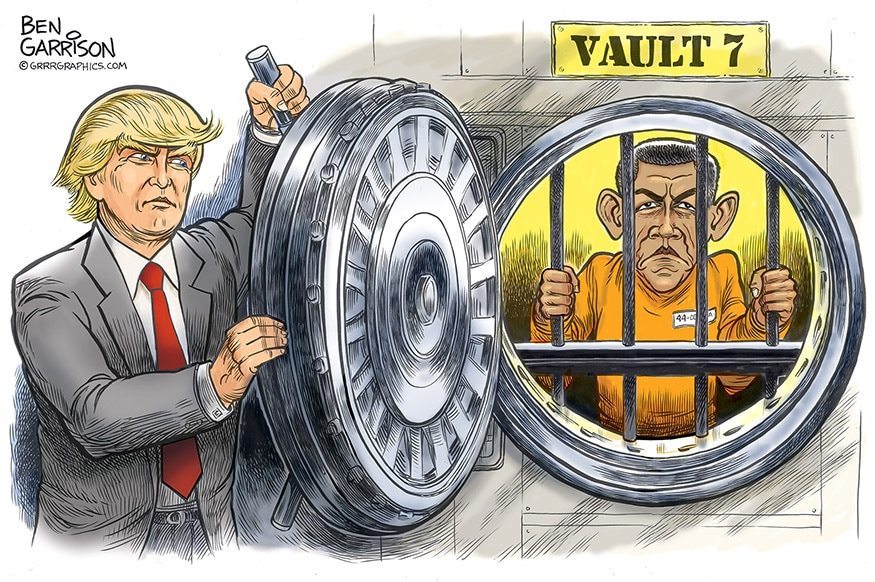 Wikileaks released ‘Vault 7,’ containing thousands of documents that detail the CIA’s spying and hacking activities, which may surpass even what Snowden revealed.

Information is power, and we have allowed the CIA and the deep state to have way too much of it. Instead of “We The People,” it has become “We The CIA.” The latter now decides how it’s going to be. Not us. Benjamin Franklin once said, “We have a Republic if you can keep it.” We haven’t kept it. The Deep State is not only able to illegally spy on just about anyone with a computer or ‘smart’ device, but they can also plant evidence to frame people. They’re attempting to do that with the ‘Russian hacking’ fabrication.

The Pentagon can’t account for $6.5 trillion. Where did the money go? Probably to fund and grow the pernicious Shadow Government. We’re funding a cancer that continues to lie to us while eating at our freedom and liberties. We’re paying for our own enslavement. People are finally waking up to what’s really going on and that’s the good news.

The Deep State collects data from all of us. It can be used against us in the future if need be. It’s all being stored on their supercomputers. Or they can simply make up and plant evidence. Our ‘smart’ TVs, computers and phones are data collection devices controlled by the Deep State. Even cars can be controlled to assassinate people such as Michael Hastings.

Barack Obama’s grandfather was in the CIA. Barry was probably groomed by the CIA to be president. It didn’t matter to the mainstream media that his birth certificate was faked and that he had a stolen social security number. It didn’t matter that he didn’t have the money or that his grades were poor. He somehow got into Harvard anyway. Some entity paid his way through life. The CIA-influenced MSM were eager to tout their arranged candidate. We got a our first black President and probably our first gay and Muslim president as well. He helped usher in even more cultural Marxism, globalism, and secrecy. He also helped increase the power of the Shadow Government.

It could all unravel with the revelations revealed in Vault 7. We know Obama has remained in the Beltway in order to bring down President Trump. What he is doing borders on sedition, but if it is proven he wiretapped Trump, it will be worse than Watergate. Obama should be locked up along with Hillary, Podesta and all the other pedophiles and traitors.