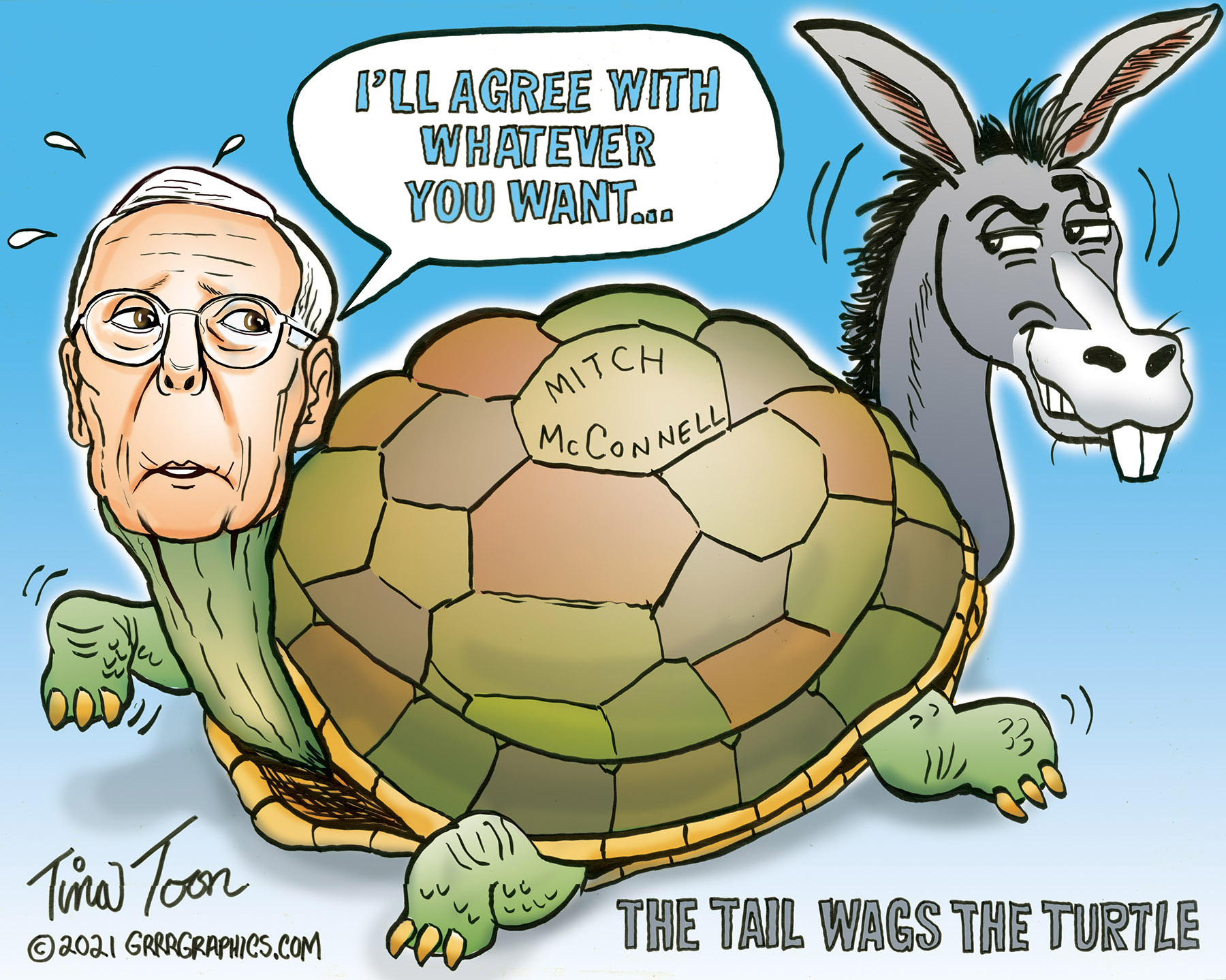 The Senate minority leader Mitch McConnell rolled over for the Democrats once again. Eleven Senate Republicans voted with Senate Democrats to temporarily raise the debt ceiling 480 billion through December third.

Of course they did. Have you ever heard of Congress NOT raising debt ceilings?

The eleven GOP RINOs who voted with the Democrat communists are:

Number one was feckless turtle Minority Leader Mitch McConnell.  As usual Mitch flipped over on his shell, waved his legs in the air and let the Democrats have their way as always.

Adding insult to injury, Chuckie Schumer attacked Republicans in an unhinged, vicious speech that was so cringe worthy that Democrat Senator Joe Manchin (who sat behind Schumer) did a double palm face plant and later called Schumer’s speech, “F**king stupid”.

Democrats threatened to end the filibuster and Turtle McConnell rolled over. In a game of chicken, or spin the turtle, Mitch McConnell will be the first to fold every time.. like a card table chair.

We need the GOP to stand up to communism and fight for the American people, we certainly do not have a leader that will do that in Mitch McConnell.

Who do you think would be a good replacement for Mitch?

Christmas is on the way- A fun gift idea,