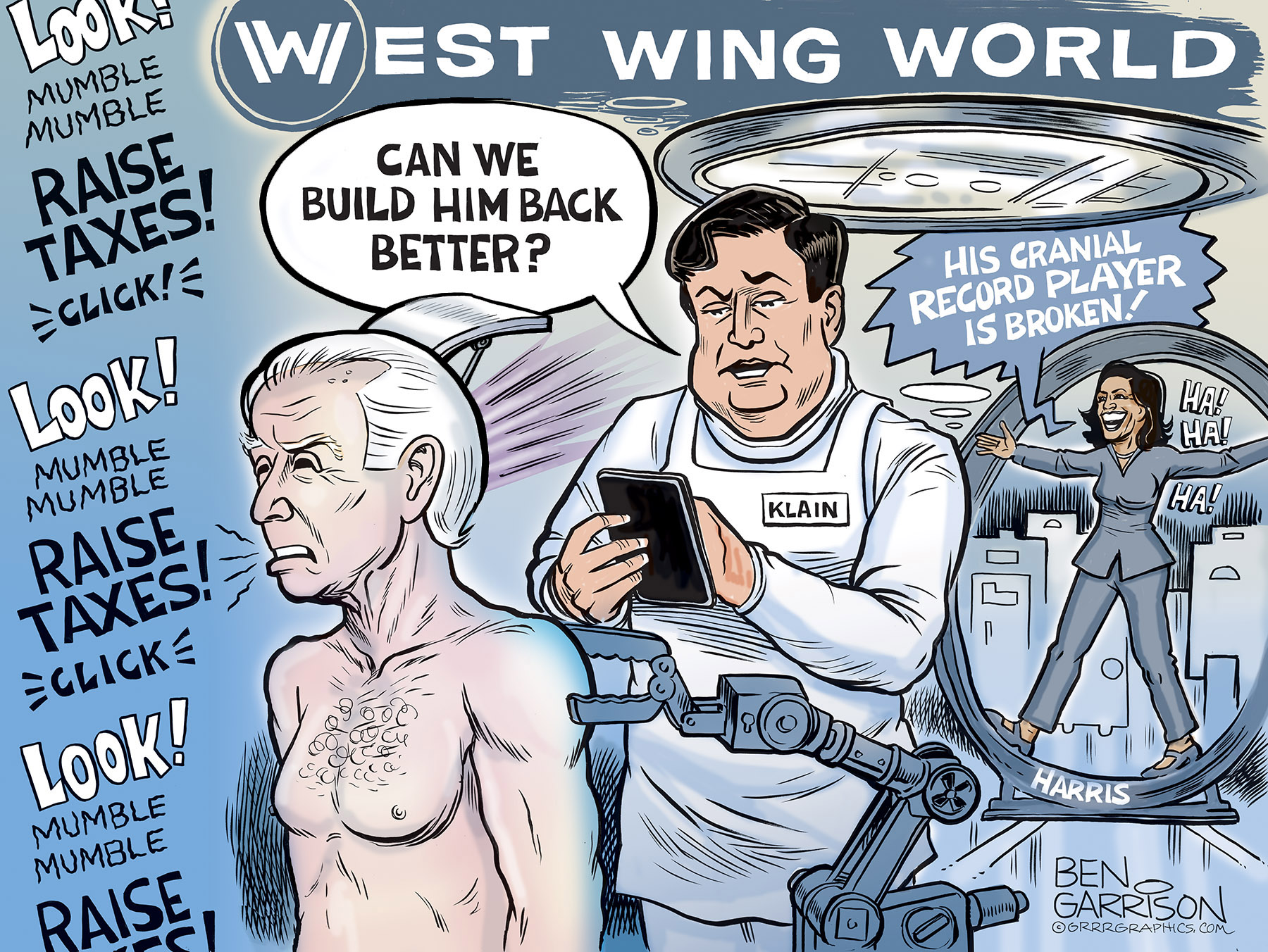 “These violent delights have violent ends.”

Our fake President Joe Biden, gave a mumbling speech the other day about his plan to raise taxes on the middle class.  Of course he framed it as making the rich corporations “pay their fair share”.  He mumbled through his speech and repeated his catch phrase “look” about a dozen times as if his “record player” were skipping.  Biden repeats what he is told and follows his script that has been programed just like a Westworld “host”.  But Biden went off script and made leering comments to a little girl, saying with her legs crossed she looked like she was nineteen.

Awkward? Yes. Disturbing? Very much so.

Yet the lap dog press cackles like Kamala and shrugs these sexual comments off.

Expect to see more off-script moments with Joe as he short circuits his way though the summer.

I get quite a few cartoon suggestions. Some are good and still go undrawn because I can’t quite figure out how to handle them. Others are not so good ideas, but they get me thinking about how to make them work and they can sometimes spark better ideas.

In the case of this cartoon, “West Wing World,” I knew immediately it had potential. The idea was suggested to me by someone in an email I received. It sums up the situation with the Biden regime and ties in well to popular culture.

Biden is a robot for the oligarchy running his algorithms from behind the scene. Joe spent 50 years in politics. He’s as buyable as they come and he got rich from graft. However, he’s getting much older and more forgetful by the month. Sometimes he can’t name important government agencies and entities. At other times he gets inappropriately angry and shouts for no reason. His programming could easily go even more haywire.

Meanwhile, the other robot, Kamala, is waiting in the wings. Or should I say West Wing. 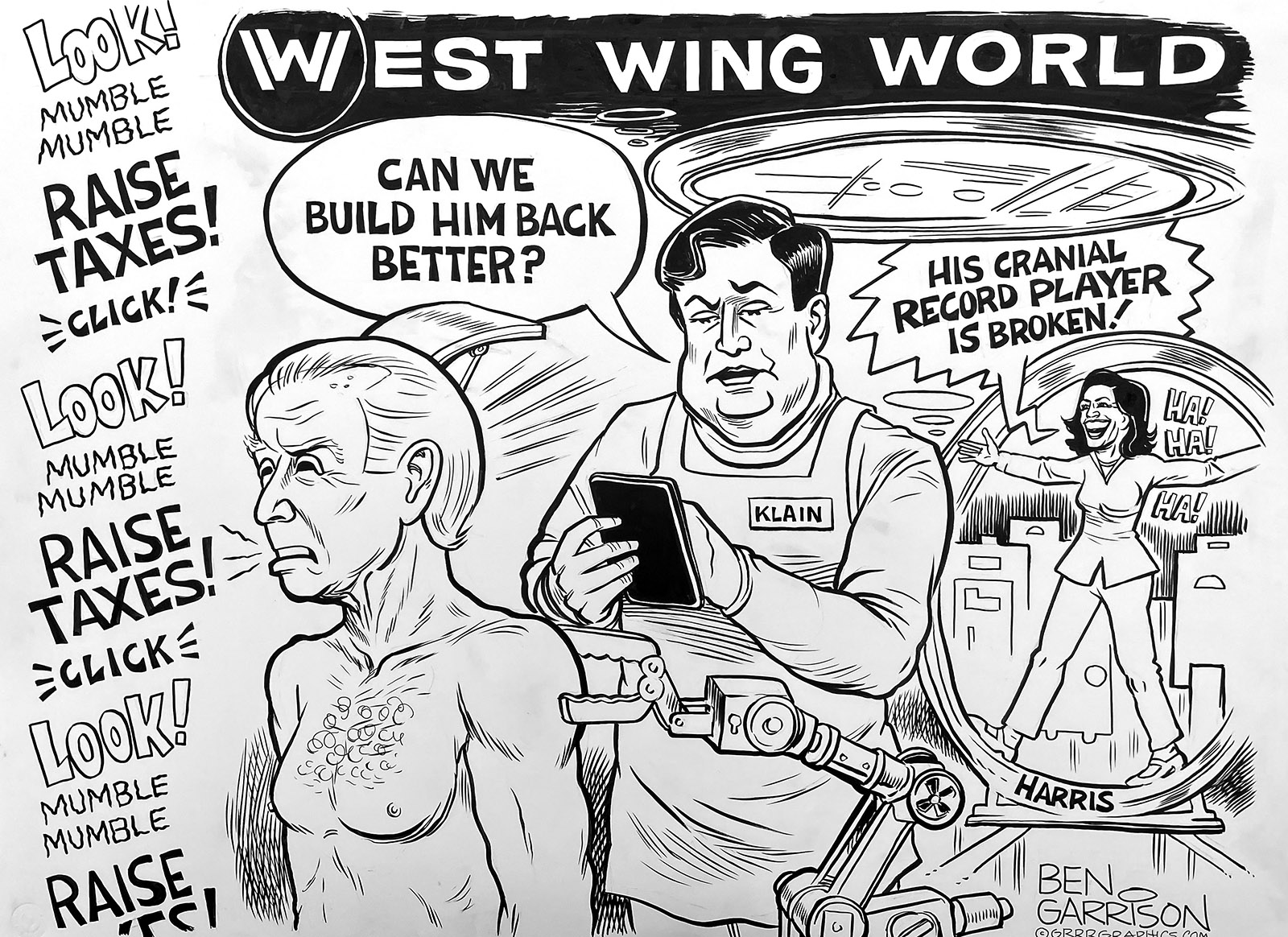