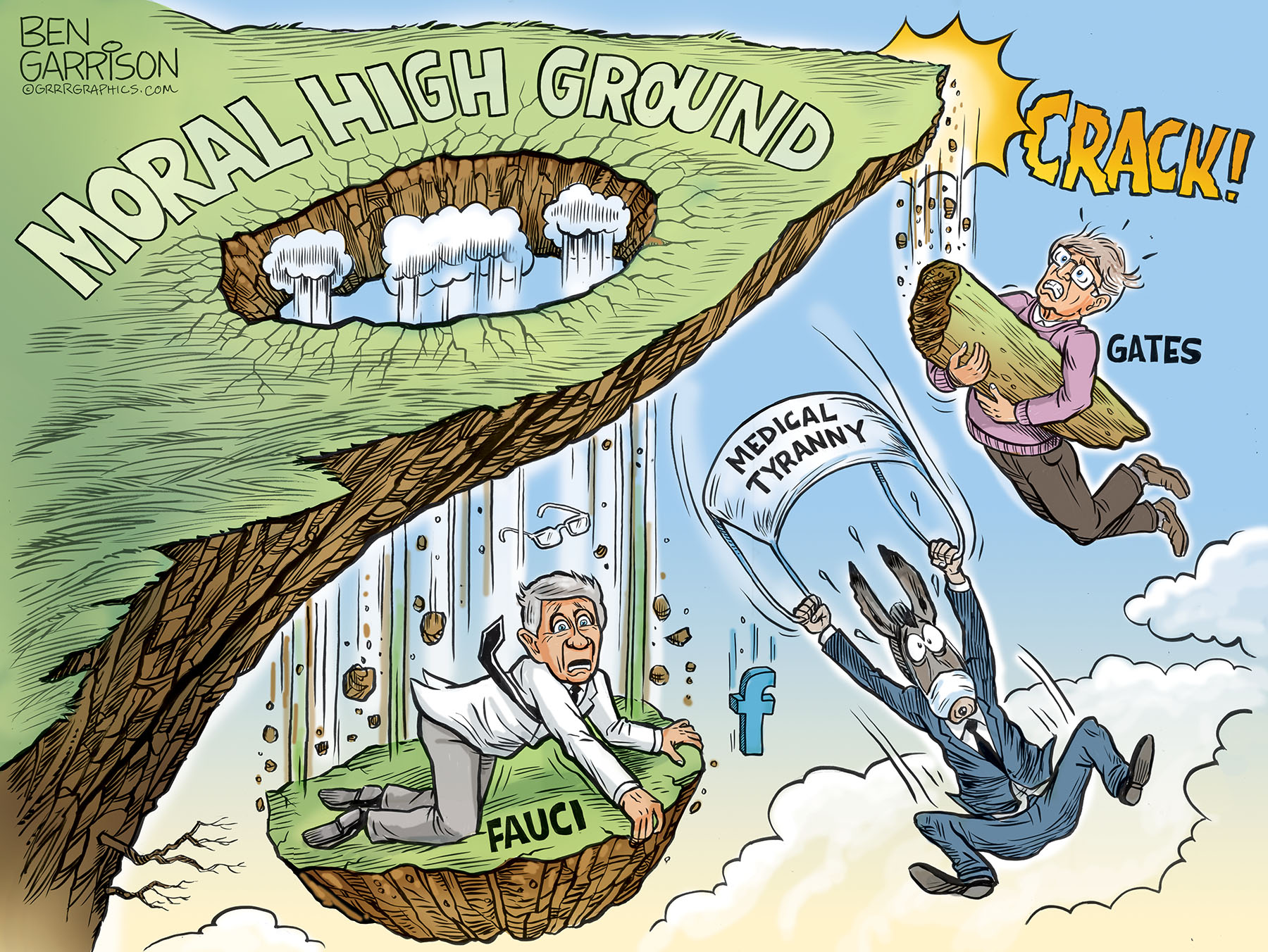 Democrats never had the Moral high ground in the first place

The Socialist Democrats have become the party of medical tyranny.

Their goal has always been bigger government and more authoritarianism and the masks and vaccinations help further that goal. It’s no wonder some on the left say they will continue to wear the slave masks just to differentiate themselves from conservatives. That’s their virtue signaling prerogative, but it’s good to see less people sporting the face diapers and more people wanting to maintain their freedom of choice.

That goes for taking dangerous inoculations, too. The authoritarian state desperately wants us all to take the shots. They’re even offering money bribes now. Why? The cases of COVID-19 are collapsing. The mortality rate was always very low. There was no pandemic. There is no need to turn Americans into lab rats with dangerous, under-tested, and experimental vaccines. Thousands have died from the poisoned needles and many more have experienced severe side effects.

Many Republicans pushed for vaccinations as well—including Rand Paul. However, he’s now refusing the shots and that’s good to hear. He had the virus and claims natural immunity, but the pro-vaccine hysteria is strong among the left and Paul actually received death threats for refusing the jabs.

Fauci, Gates, the Democrats, and social media such as Facebook have lost the moral high ground. They never did possess it in the first place, but that was the perception corporate media kept shoveling at us.

Fauci is now a proven liar. He lied to Congress. He’s a disingenuous flip-flopper and glory seeker.

Bill Gates was friends with Jeffrey Epstein AFTER the latter was convicted as a pedophile. Gates claims it’s because he thought Epstein had the string-pulling means to bring him the Nobel Peace Prize. Sure, Bill. We know what you were really after.

Facebook has behaved in a disgusting, anti-free speech manner. Apparently Zuckerberg wants to emulate communist China and his best buddy, President Xi. Both want the speech of citizens carefully controlled. Facebook would not allow anyone to drift from the ‘official’ virus narrative and if someone questioned whether or not that virus came from China’s bioweapons lab in Wuhan, then they were smeared as a conspiracy nut and banned. The traitorous Zuckerberg has Xi’s back.

My cartoons have been banned many times on Facebook and we are currently banned for 7 days simply for expressing weariness with masks and vaccines. 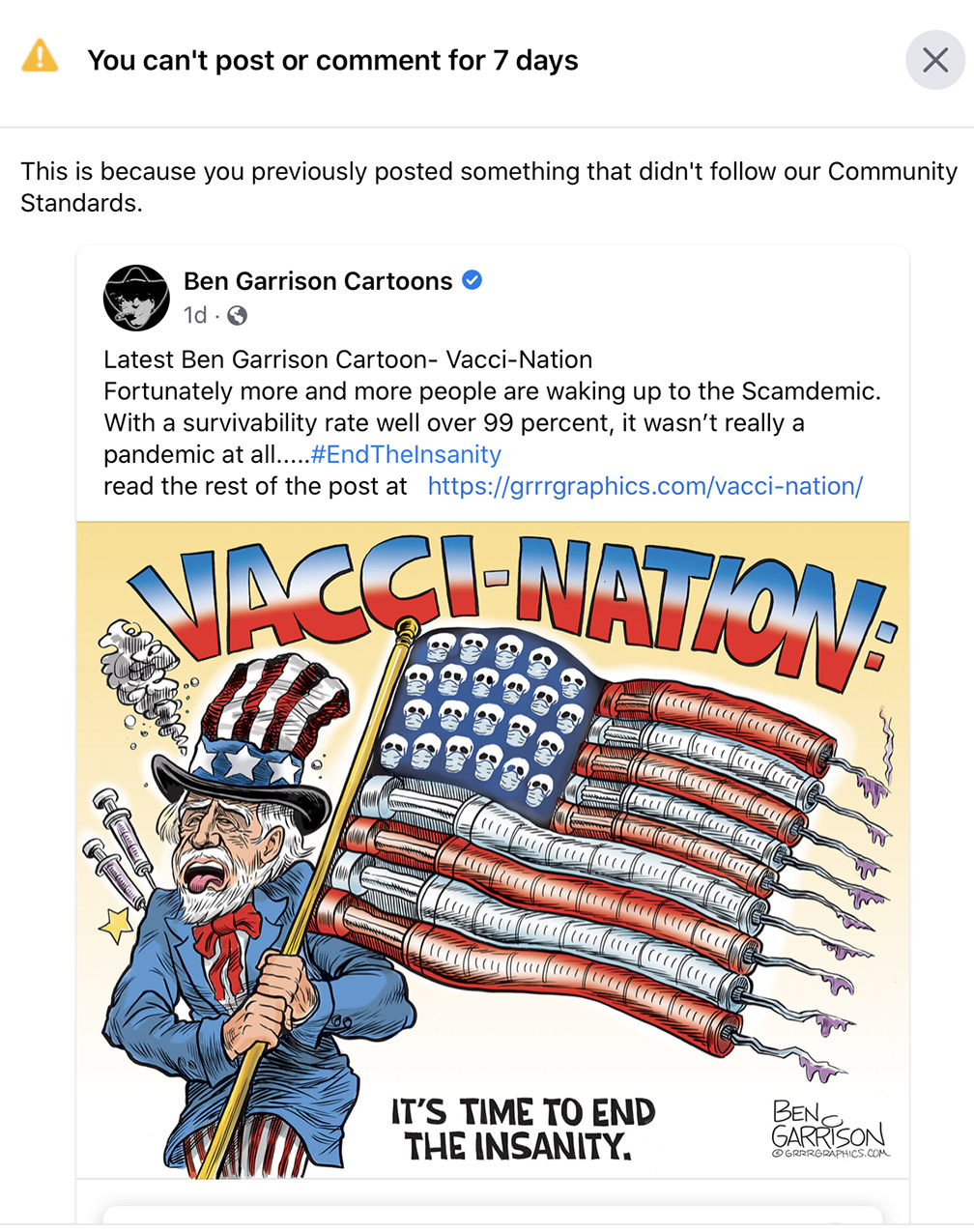 A small donation helps us stay online and fight censorship! Thank you!

The pro-mask, pro-vaccine crowd is rapidly descending toward the immoral low ground.