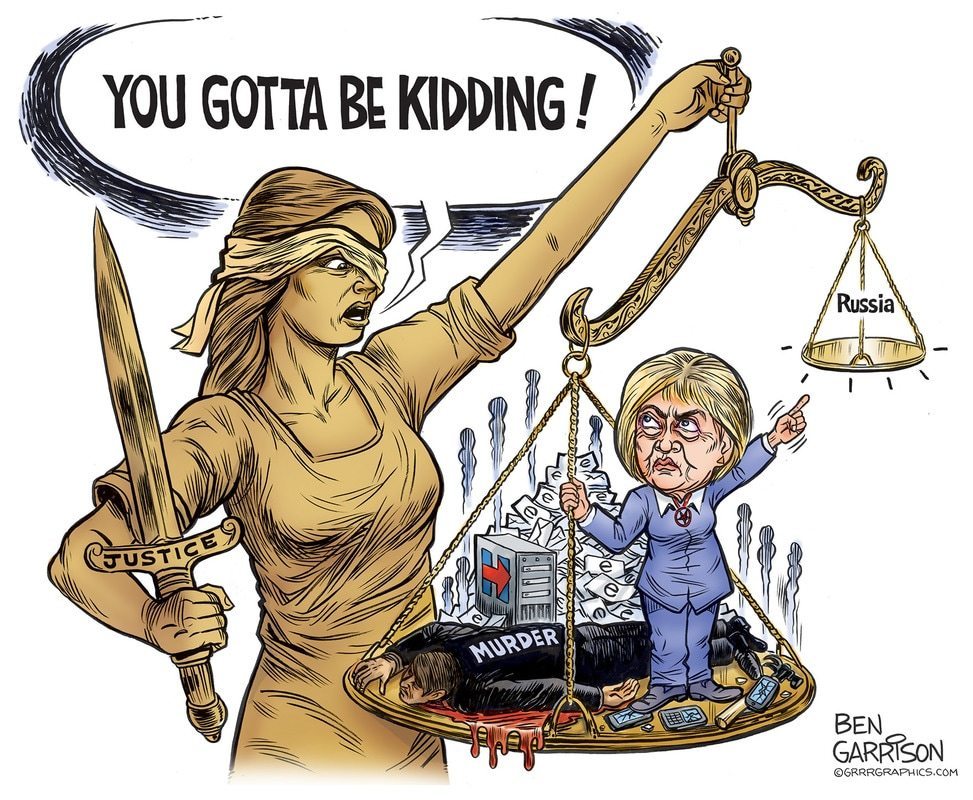 You Got to be Kidding

WikiLeaks revealed Hillary’s loyalty and devotion to the central bankers. In her usual perfunctory and well-planned manner, she spouted empty platitudes at voters and expected to win automatically. Hillary and Bill engaged in ‘pay for play’ graft as a matter of course. They grew stupendously wealthy. She operated an illegal server and destroyed evidence. The Clintons are monsters who have left a long trail of bodies to obtain and preserve their power. They must consider Americans to be easy marks. Citizens are suckers to them.

Hillary is a money-grubbing, power-mad grifter. She’s a vile criminal globalist and a central banker toady. Her association with Podesta suggests she has also dabbled with Satanism.

After she lost the election, Hillary and her operatives invented the Russian narrative to distract from her criminality and failed candidacy. Apparently the deep state will amp up their Russian lie as a means to impeach President Trump. That’s why the media are releasing stories not based on facts and evidence, but on mysterious unnamed sources and hearsay. The big corporate media have plenty of money, but they’re rapidly losing credibility and can no longer easily brainwash Americans, who are deserting them in droves. More and more citizens are following truth tellers and real investigative journalists on the Internet. The legacy media have been exposed as liars and purveyors of fake news. Despite their vast monetary resources, they’re losing their power and sway over American minds. Good.

Regardless, Hillary never goes away and she always seems to elude justice despite abundant evidence against her. Trump needs to make good on his campaign promise: “Lock her up!”