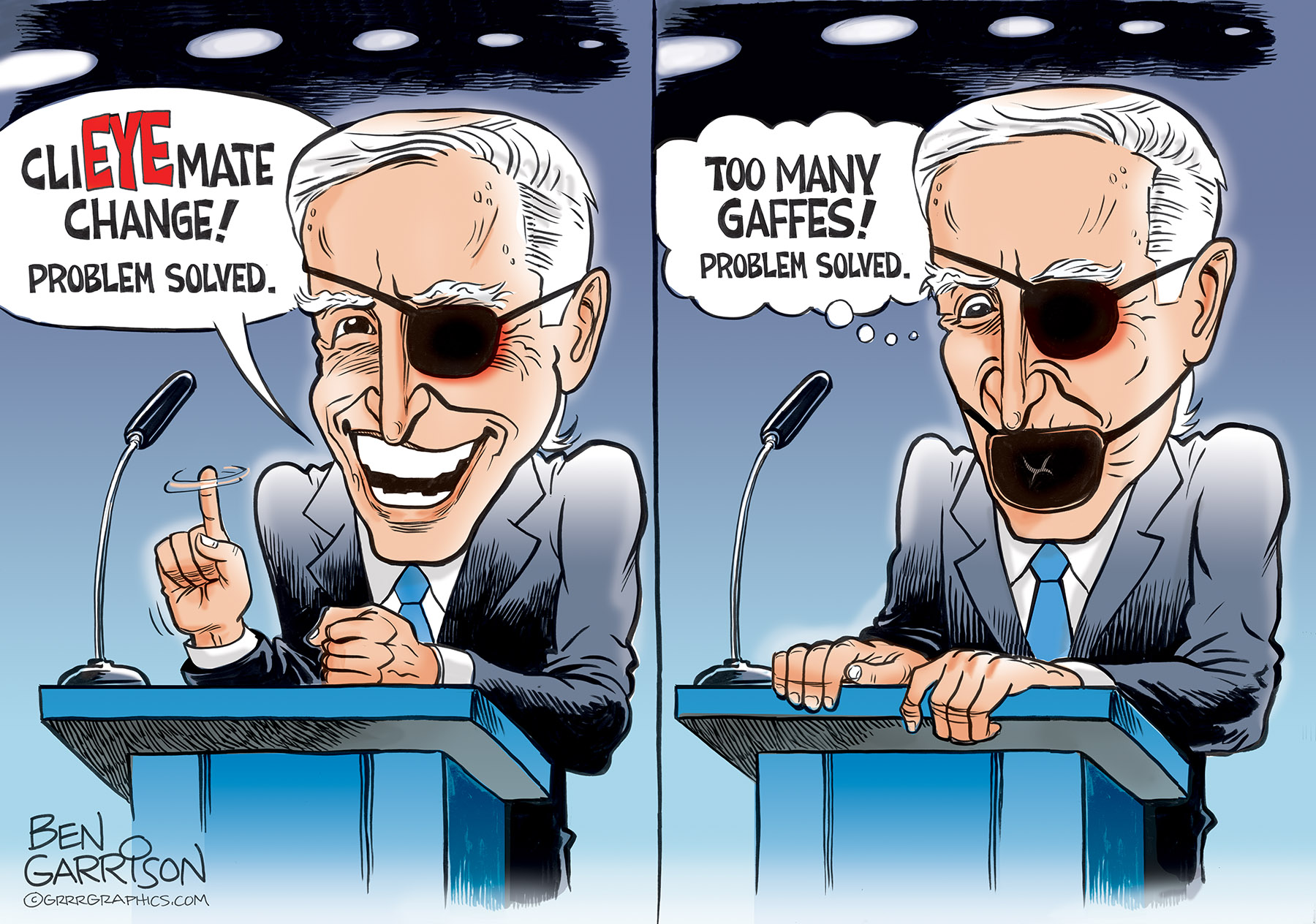 It wasn’t easy, but Joe Biden did it. He surpassed Hillary in on-stage grossness.

Hillary had coughing fits, fainting spells, and she once even chucked up some green phlegm into a glass of water, but Biden’s eye filling with blood was even more disturbing. The Democratic front-runner was in a ‘climate change’ debate when his eye began to change. Maybe during the next debate he will wear an eye patch. That won’t prevent his never-ending stream of gaffes, however. Maybe a mouth patch is needed as well.

Biden should drop out of the race. His mind was already suspect—now his health is as well. The radical left-leaning party doesn’t want Biden. They want a woman, a person of color, or a gay person to run against Trump. They don’t want an old white man—a stale party hack—even if he does promise to have a female running mate. Biden has become an embarrassment.

It could be the reason that Hillary held a secret meeting with Elizabeth Warren. The criminal Clintons control the Democrat Party. They own it. Perhaps Hillary is deciding who will be the next to win her party’s nomination for president. It won’t be Biden. I still think it will be rigged for Hillary. Perhaps Warren will be her running mate. It won’t be Uncle Joe. He was already vice president and now he can’t remember exactly when that was.