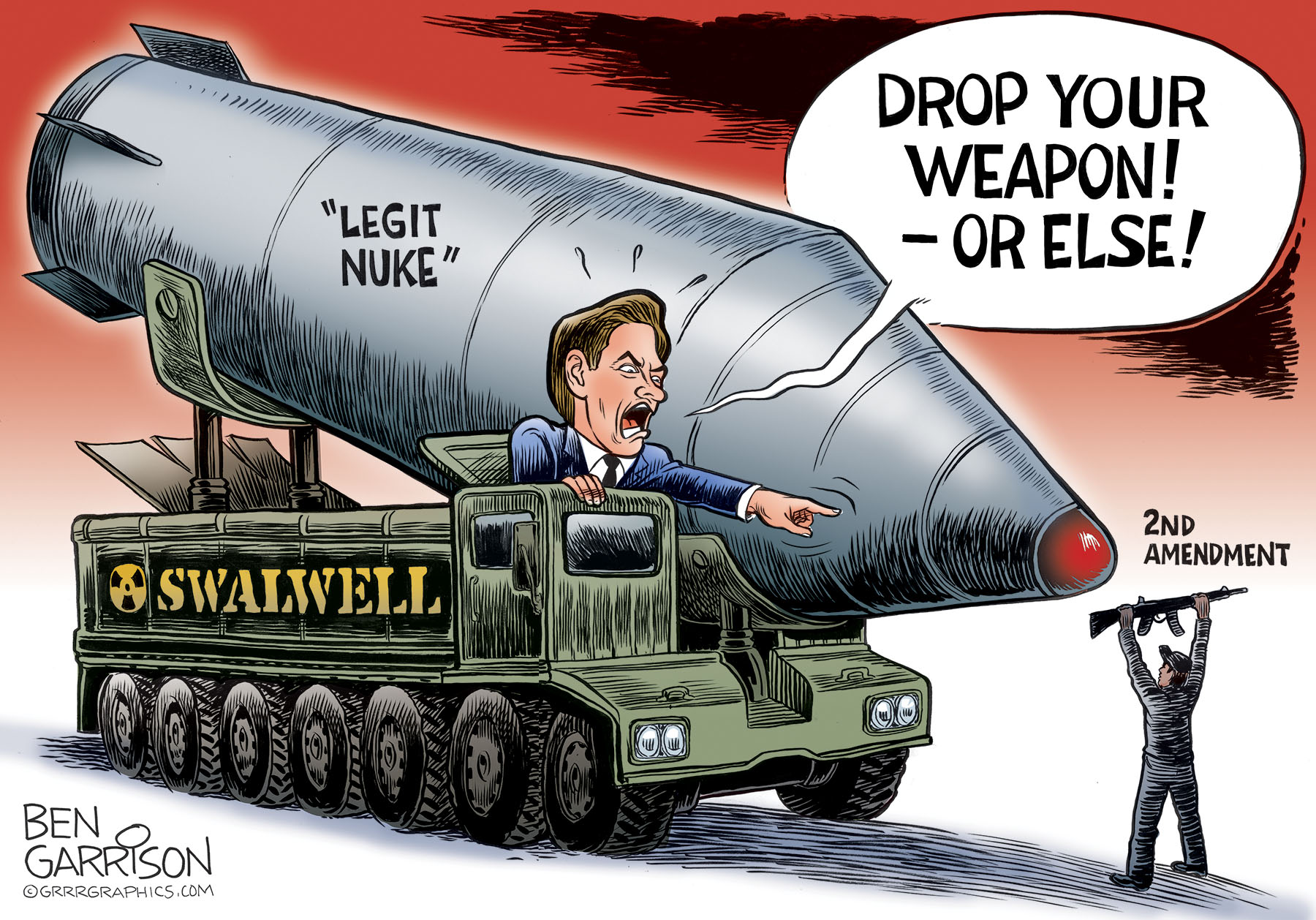 However, many Americans see the 2nd Amendment as a last resort means to protect themselves from an out of control, tyrannical government bent on stripping us of our constitutional rights. When Joe Biggs heard of Swalwell’s plan, he tweeted this:

“So basically @RepSwalwell wants a war. Because that’s what you would get. You’re outta your fucking mind if you think I’ll give up my rights and give the gov all the power.”

“And it would be a short war my friend. The government has nukes. Too many of them. But they’re legit. I’m sure if we talked we could find common ground to protect our families and communities.”

Swalwell later said he was being sarcastic, but his mindset was revealed. He’s a lefty who worships his Big Government. He’s a part of that government, therefore his nukes are legit. Our guns aren’t legit to him because he will pass some law that cancels out the Second Amendment. That’s not how it works, Swalwell.

We The People have had enough of your ilk.

Swalwell and Ocasio-Cortez are callow and ignorant. They see government as a shiny and powerful new toy. It’s magical to them! They want to use their toy to usher in a socialist utopia. Is it costly? Of course—but money is no object—they’ll get it by raising taxes, thus enslaving their victims, er, citizens even more.

On Bill Maher’s show, the 38 year-old Swalwell said he might consider running for president in 2020. Maher, the limousine liberal, gushed. Maher prides himself on being a ’smart’ atheist, but he’s very religious when it comes to Big Government.

Swalwell’s nanny state vision emphasizes ’safety’ and ’the children’ as reasons to take away our gun rights. They will force citizens to submit or be jailed. If they resist, his Big Government can lawfully murder them. If you think I’m engaging in hyperbole, consider what happened to the men, women and children at the Branch Davidians Compound at Waco. They were massacred. Big Government doesn’t care about the children–only their power.

Swalwell is a dangerous fool and there will be no ‘common ground’ if he insists on grabbing our guns. Many of us are drawing a line in that ground.

The 2nd Amendment SHALL NOT BE INFRINGED! 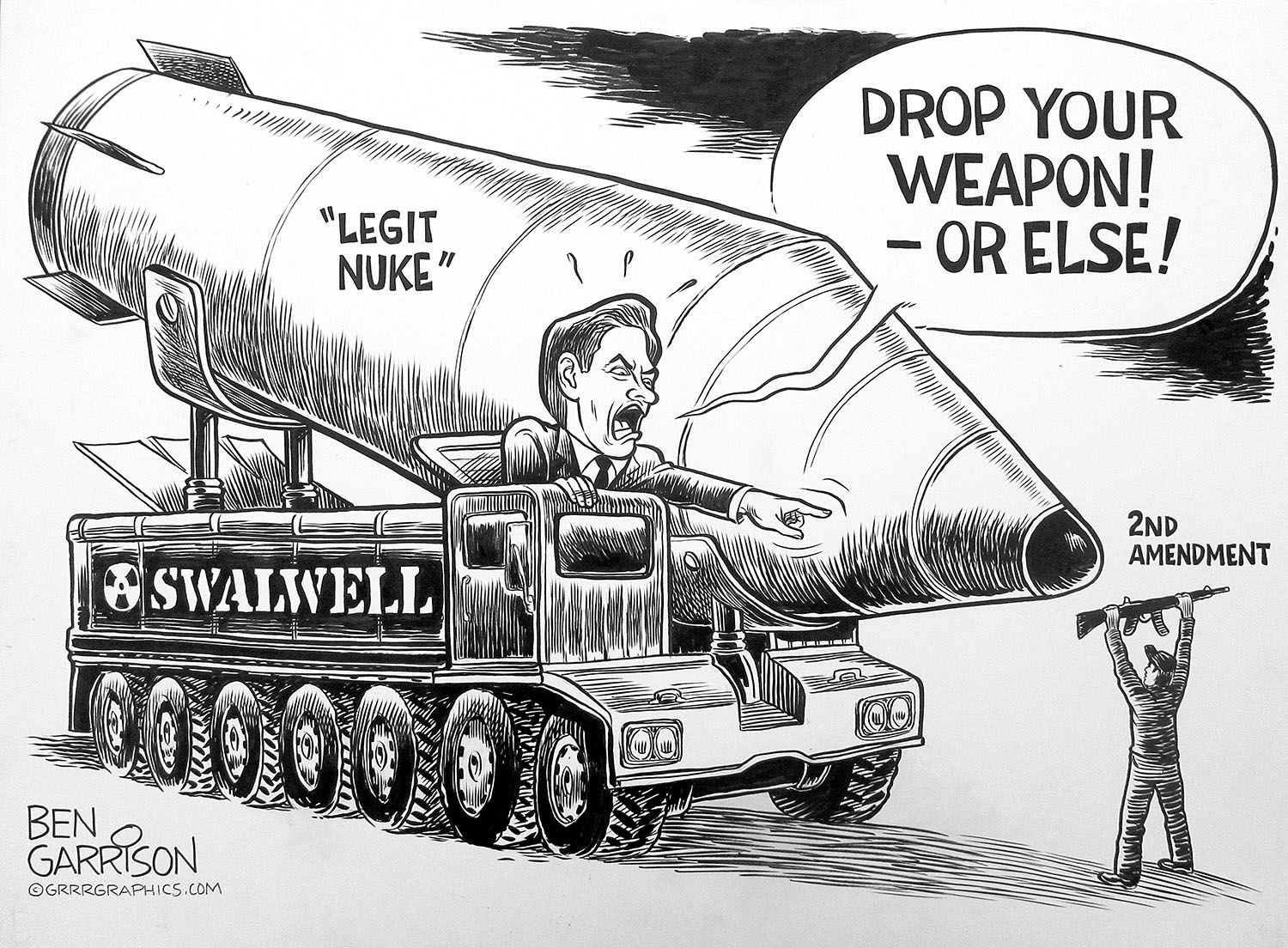