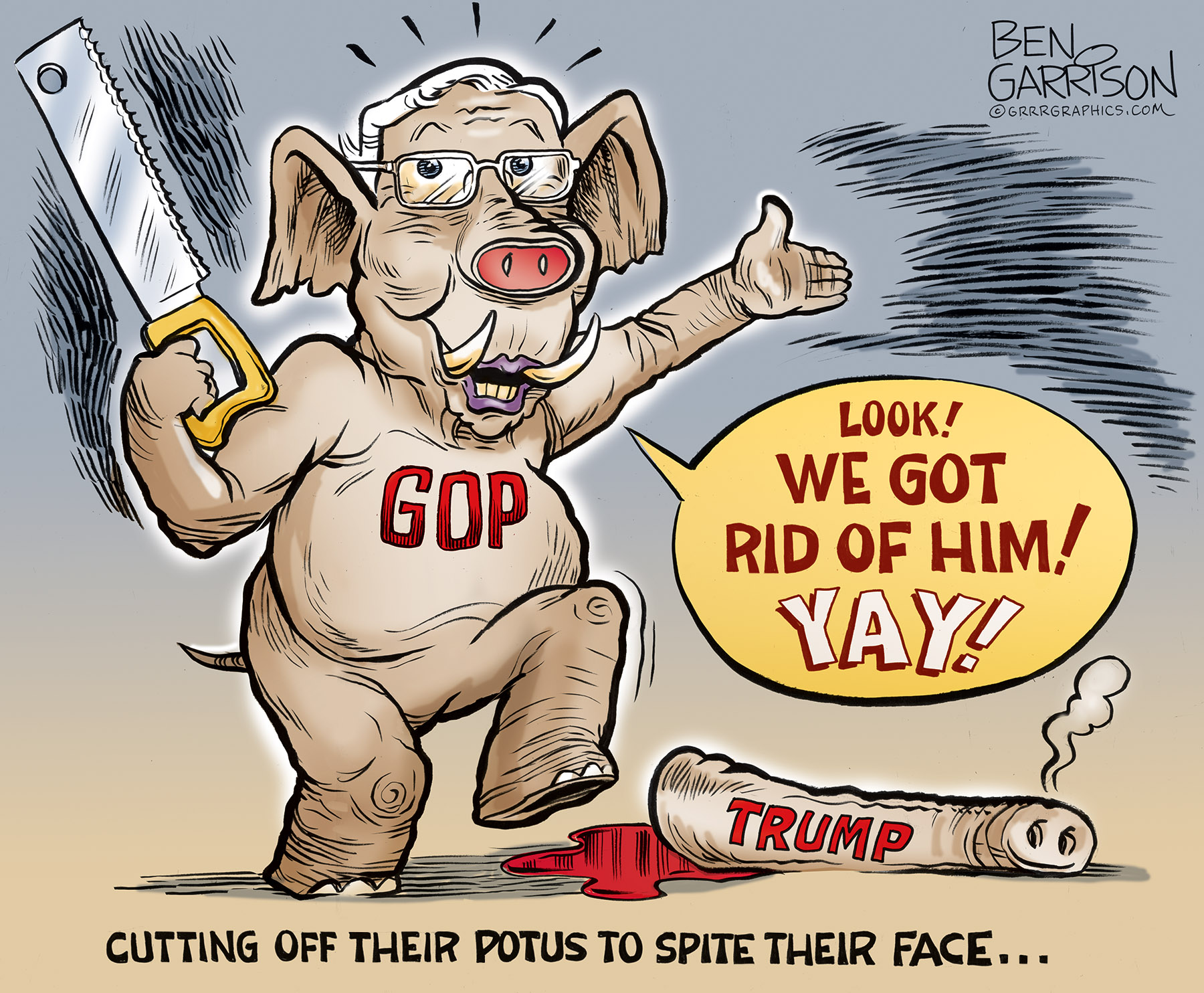 Never DONATE TO THE GOP AGAIN

In a disgusting display of virtue signaling, many Republicans have said they will vote to impeach President Trump.

A legion of these backstabbers have now joined forces with Nancy Pelosi, who wants the president removed immediately, even though his term expires in a handful of days. It’s bad enough that Pelosi’s latest power play is a slap in the face to the millions of us who voted for Trump, but to see a legion of Republicans helping her in her effort is downright despicable.The first rat to jump ship was Mitch McConnell. Ol’ turtle head was never on the side of Trump—not really. He has strong ties to China and wants to return to globalism and send our jobs back to that communist country. He wants to continue running an expensive empire in terms of money and lives to benefit the military industrial complex. He wants to serve the interests of large global corporations while lining his pockets. In other words, he wants business as usual and his business, like Biden’s, is corruption.

The Republican Party is quickly reverting back to what they were—a New World Order neocon party in lockstep with the Democrats, a neoliberal, socialist and globalist party.

Both are on the same page. Both have contempt for most Americans, whom they consider to be their subjects. Trump was a billionaire, but he brought back jobs and a sense of national pride to millions of average Americans. We all had great hopes that he would drain the Swamp and restore our Republic, but he wasn’t part of the globalists’ ‘Big Club.’ Therefore he was run through a political ringer of lies for four years as the Democrats tried to impeach him at every turn. A few Republicans helped him half-heartedly, but it became clear that they were only marking time.

Now the Republican hearts have turned ice cold on the president. Most of them have become ‘never Trumpers.’ Or perhaps more accurately, ‘never again Trumpers.’ Both parties want to see to it that he doesn’t run again and they may get their way. There will be consequences, however. Many of us will not be voting for their candidates again. I voted for Senator Daines here in Montana and he became one of the backstabbers. Shame on you, Daines.

It is apparent that saving the Republic will be up to “we the people”, not the politicians.