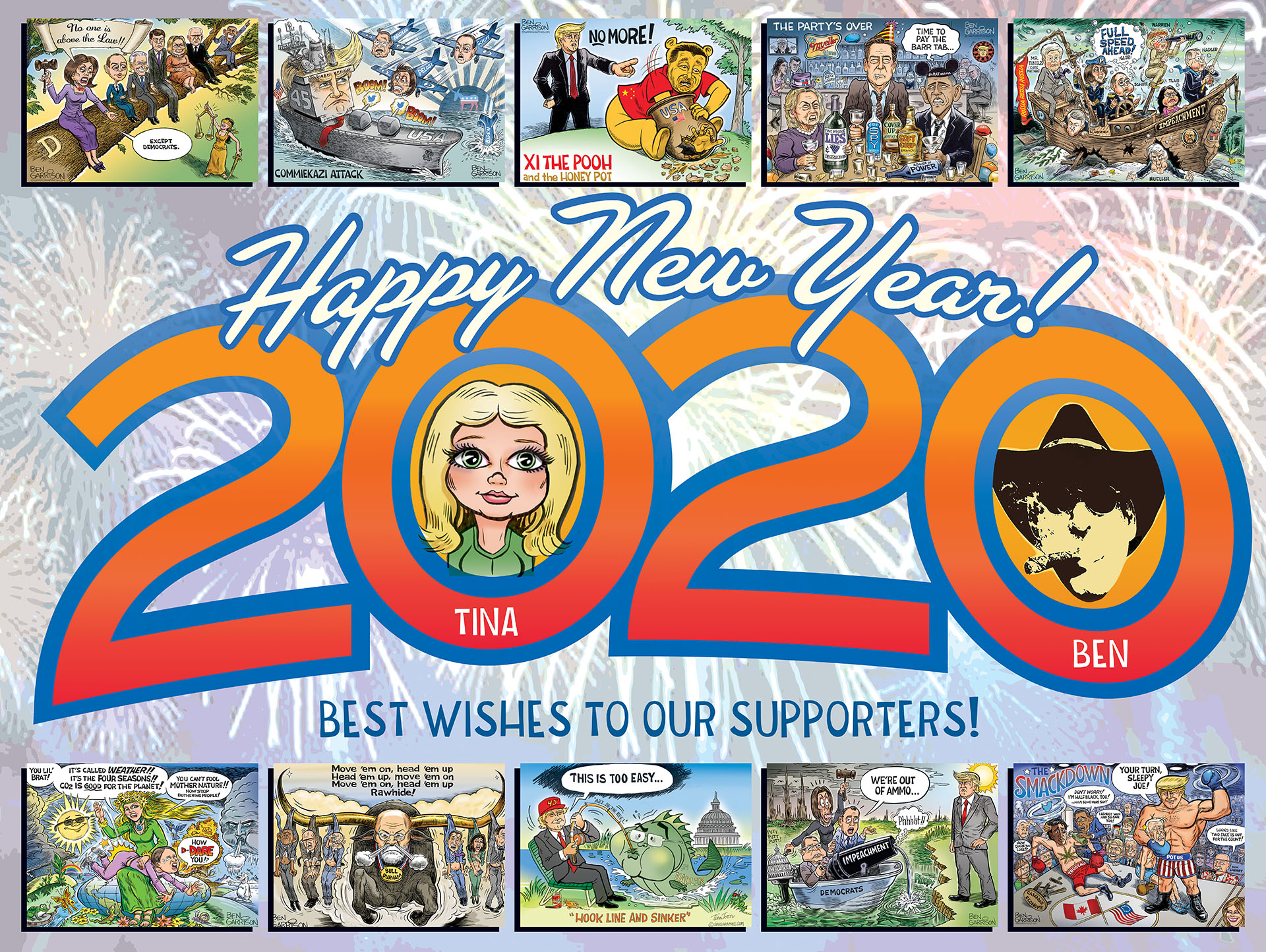 2019 was a momentous year for us at GrrrGraphics.

We celebrated the 10th anniversary of creating editorial cartoons with our “Big Book Of Ben Garrison Cartoons,” which was a huge success!

In May, we sent the ‘Big Book’ off for printing. All signed and numbered copies were sold out, so we decided to publish a smaller and more affordable book, “Orange Man Good.” It was another resounding success.

The cartoons in the past bought me nothing but lost commercial work and the misery of hate mail and trolling, but our supporters made sure we rode a wave of success since the 2016 election.

It’s humbling and amazing at the same time and I can’t thank everyone enough. By everyone, I mean those who sent us emails that expressed support. Those who bought our signed books and prints. Those who contributed coffee money (it sure added up!) Those who bought original cartoons. Those who donated money for the cause. Those who commissioned cartoons. So many people have been extremely generous and we still can’t get over it. We’re now able to draw the cartoons on a full time basis and that’s something I always thought was an impossibility. So thank you all again! See? I told you—I can’t thank you enough!

When I started out I faced tremendous hurdles including years of trolling and hijacked cartoons. It caused me a lot of anger and worry, but by 2019 that was all in the past. With the help of Tina, I recaptured my own voice and put to rest any notion that I was anti-Semitic or racist. Then I got invited to the White House. You all know what happened then—the ADL stepped in and made sure I was disinvited. They claimed I drew anti-Semitic cartoons—a vicious lie. Shortly thereafter my Wikipedia page was changed and it said I drew anti-Semitic and racist cartoons.

We have a surprise in store for the smear merchants in 2020- stay tooned!

What was your favorite Ben Garrison cartoon of 2019?