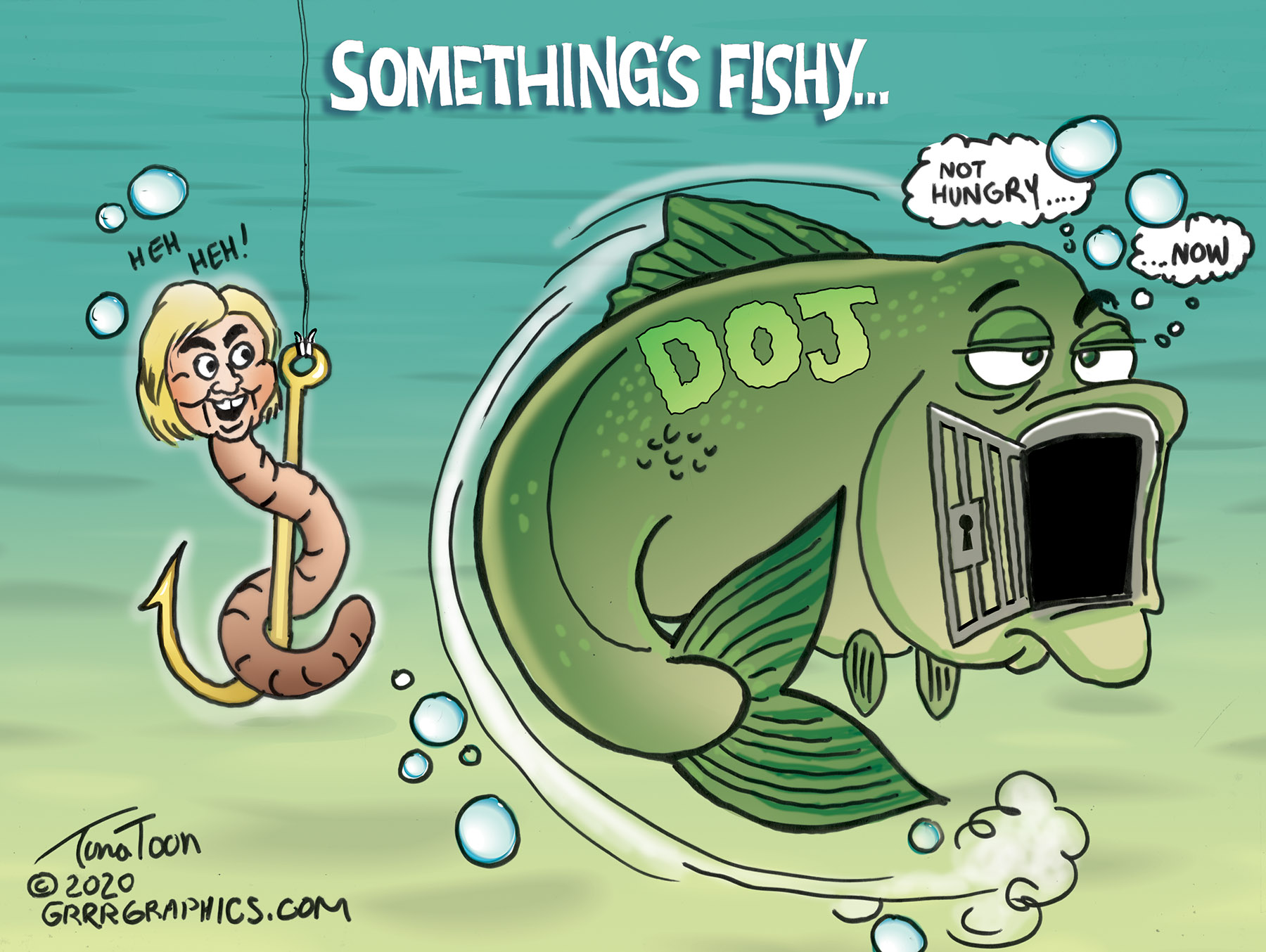 An investigation launched into Hillary Clinton in November of 2017 by the DOJ and US Attorney John Huber has ended with no charges.

Evidence was sent to the Huber investigation three times because they kept “losing it”.

It is a two tier Justice system and the American people are tired of it.

Now the ball is in AG Barr and Durham’s court.

It will be up to Barr and Durham to finally end the two tier Justice system or our Republic is lost.

Will Barr’s DOJ finally do something?  Maybe when they are “hungry’ enough.

Or does this mean that no one will talk to the Washington Post and they are making stuff up…as usual.

Stay Tooned, this is not over!