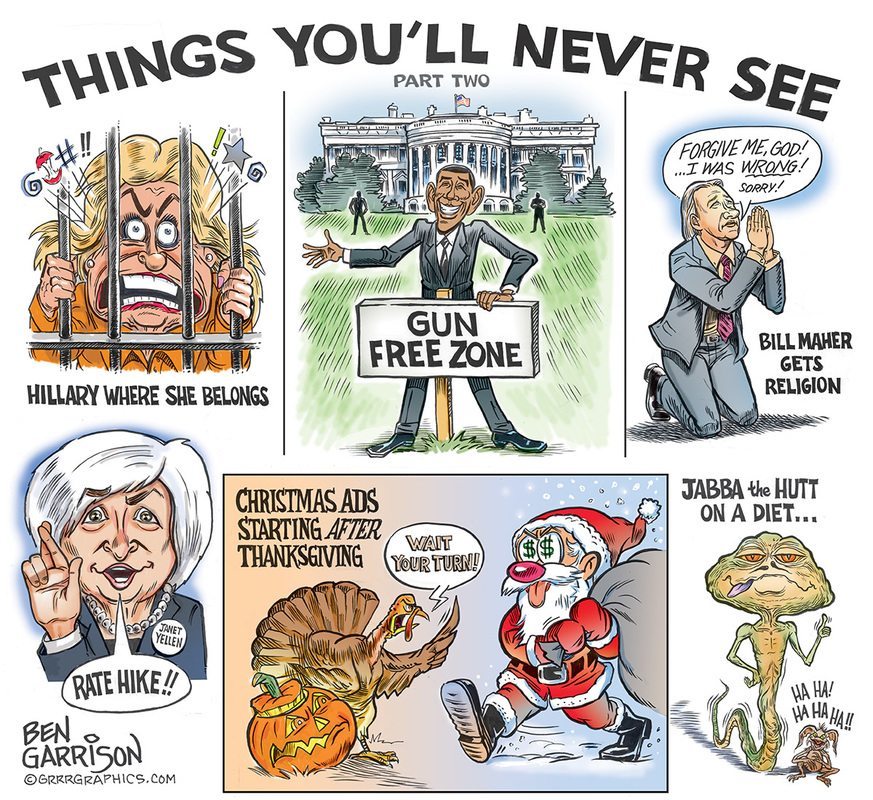 Here is the second of two cartoons with the subject, “Things You Will NEVER See.” For one thing, Hillary belongs in prison, but her connections will prevent that because the elite are above the law. Barack Obama is against YOU owning guns for your personal protection, but he has no problem having them around for his own protection. Bill Maher is adamantly against religion, and I can understand that, but it would be very hilarious if he had a religious ephiphany. Yeah, I know—you’ll never see that, just like you won’t see the Fed raise rates. There’s simply way too much debt preventing it. As for Christmas, advertisements begin earlier every year. I even saw some ads come out before Halloween! What’s next…Christmas after the 4th of July? Finally, I decided to draw something as a tribute to the next Star Wars movie which will be soon be released. A skinny Jabba is what I came up with, but now I’m toying with the idea of drawing an entire cartoon based on Star Wars with the stars being various politicians. George Soros would make a great evil emperor. As always, your suggestions are welcome! AND if you would like to support my cartoons and our message against Big Government please join me at my Patreon page! There are many rewards and perks for fans!
—Ben Garrison