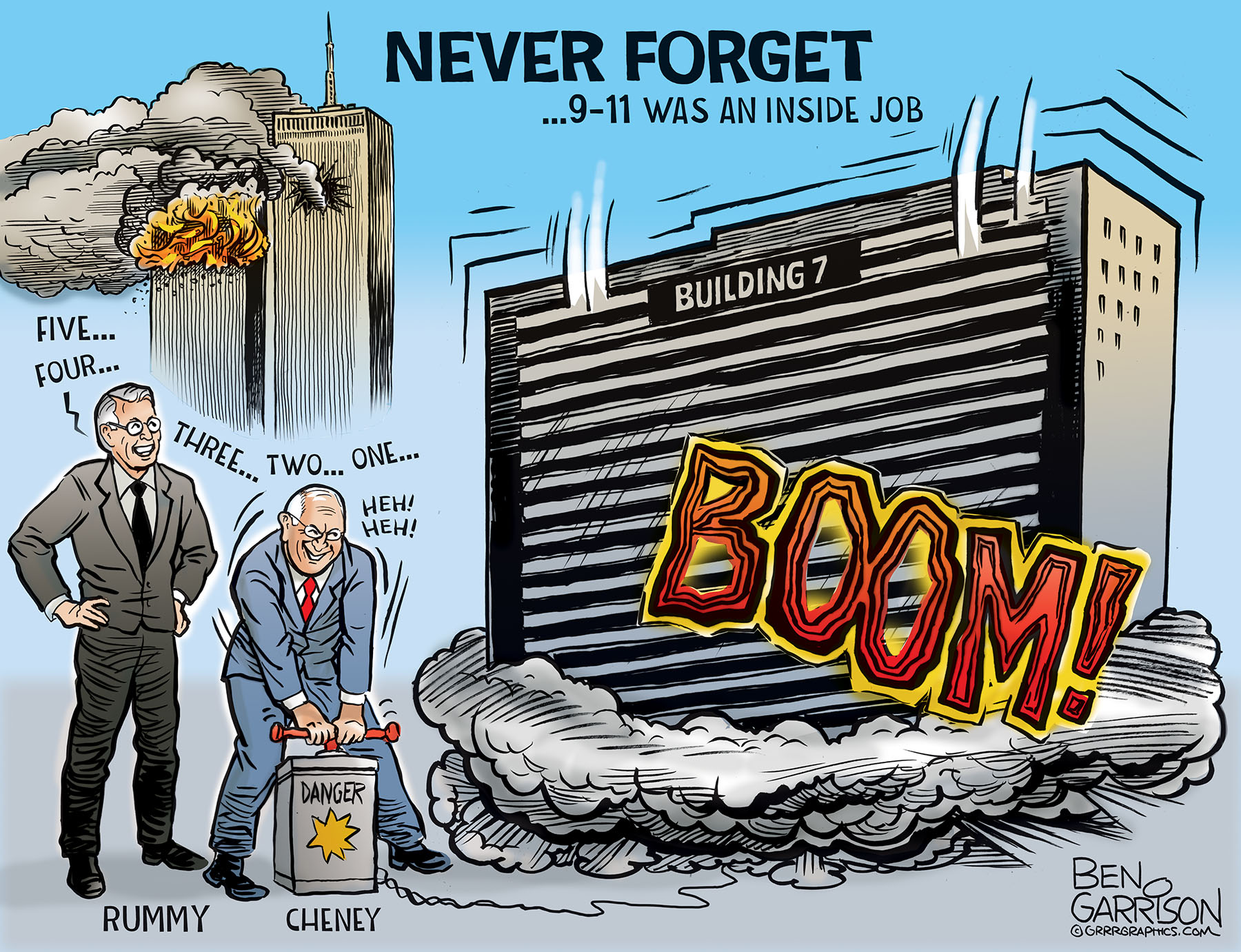 Mourn the dead, Question the Narrative

It has been 20 years since the World Trade Towers went down due to jet fuel supposedly melting steel beams, but what you probably won’t hear mentioned on the corporate media is anything about World Trade Center Building 7. The building was not hit by a plane flown by terrorists, but it collapsed regardless. The lying ‘authorities’ claim it was due to fire, which was not remotely hot enough to melt the steel frame. Architects and engineers have told us there is no way the building could have collapsed into its own footprint as it did. Not without help. The only logical explanation is a pre-arranged demolition with explosives.

There are many witnesses who heard a countdown, followed by a loud boom emanating from beneath the building. It feel in a classic manner aligned with a planned demolition. One news channel announced it had collapsed before it happened. They jumped the script.

If the building was set to be imploded in advance, then we know for sure that operatives within our government knew about the planned terrorist attack. They used and leveraged the attack to their advantage. Building 7 contained important SEC and IRS documents as well as false fronts in the building that were operated by the CIA. Both Rumsfeld and Cheney were board members with Salomon Smith Barney, which occupied 10 floors of the building. Yet, unbelievably, Rumsfeld claimed he didn’t know what Building 7 was after it collapsed.Building 7 is key because it was intentionally brought down and blamed on terrorism. In reality, its destruction was likely commanded by powerful, dominant men such as Rumsfeld and Cheney. George W. Bush may have been in on it, but it’s more likely he was merely a spokesman like Biden is now.

The attack on the Pentagon is also greatly suspect. Even trained pilots could not have flown a commercial jet at such high speeds and then somehow circled down to run horizontally into the side of the Pentagon. The evidence points to the use of a missile.

The end result was war. Trillions of dollars and thousands of American lives were wasted on the war in Afghanistan—a war that was impossible to win. We should have left after Bin Laden was taken out in Pakistan, but even that is suspect. There was no evidence that Bin Laden was involved in the 9-11 attacks and strong evidence suggests he was already dead due to kidney failure. Even more suspicious was his burial at sea. That was not done according to Muslim customs, but rather it was a facile way of eliminating evidence.

Still, it is Building 7 that is the smoking gun. Our intelligence communities already knew the attack was coming and it was used to usher in war abroad and tyranny at home. The Patriot Act took away our privacy, while the TSA took away our dignity. Our Fourth Amendment was crushed. Now the globalists are using the cold and flu against us. The coronavirus is being used to complete our enslavement, a process which began well before 9-11.

May all the victims of that day rest in peace. May the perpetrators within our own government rot in Hell.

Tell Biden What you Think! Our Latest Shirt Click Here to Order Now 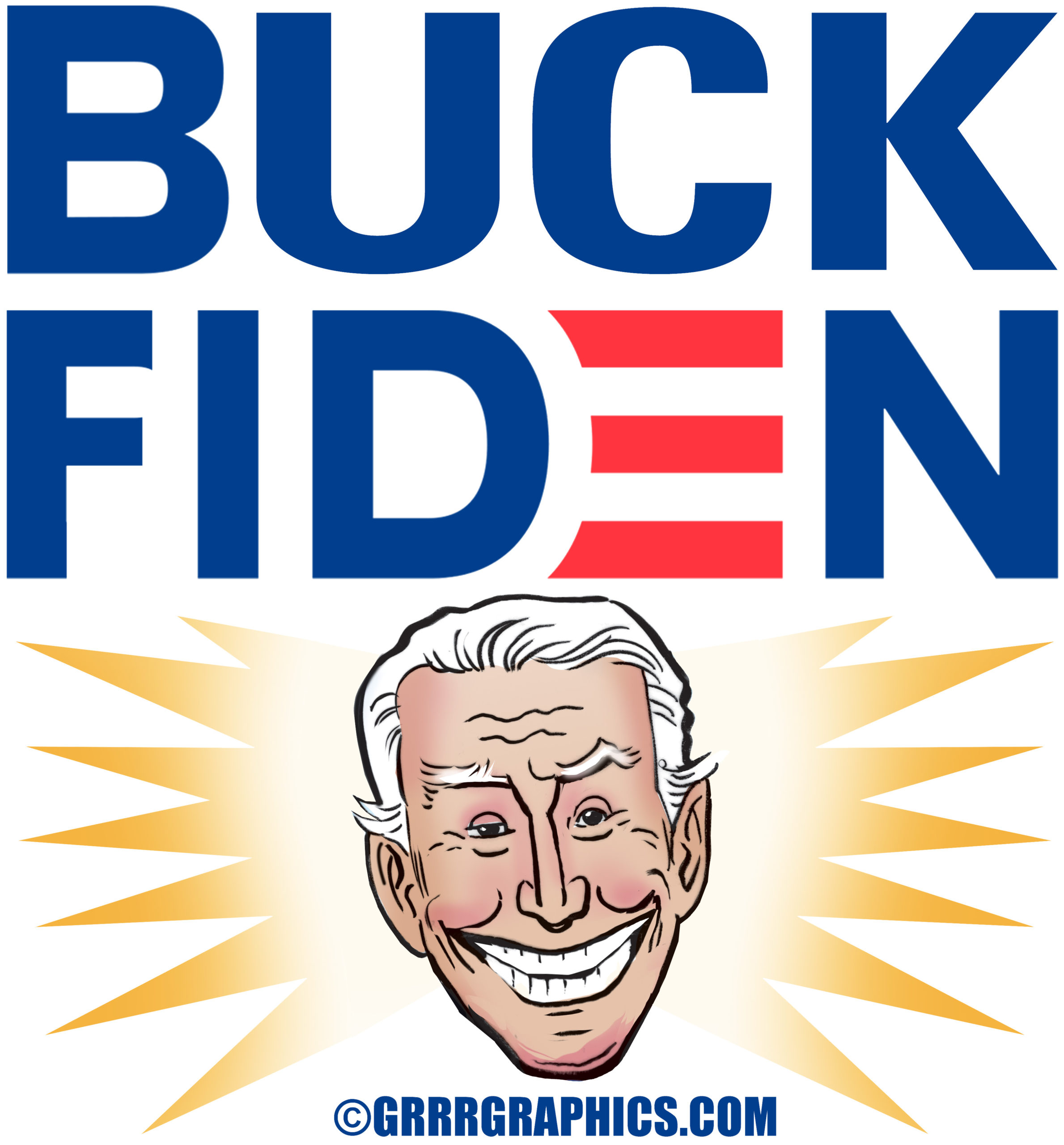