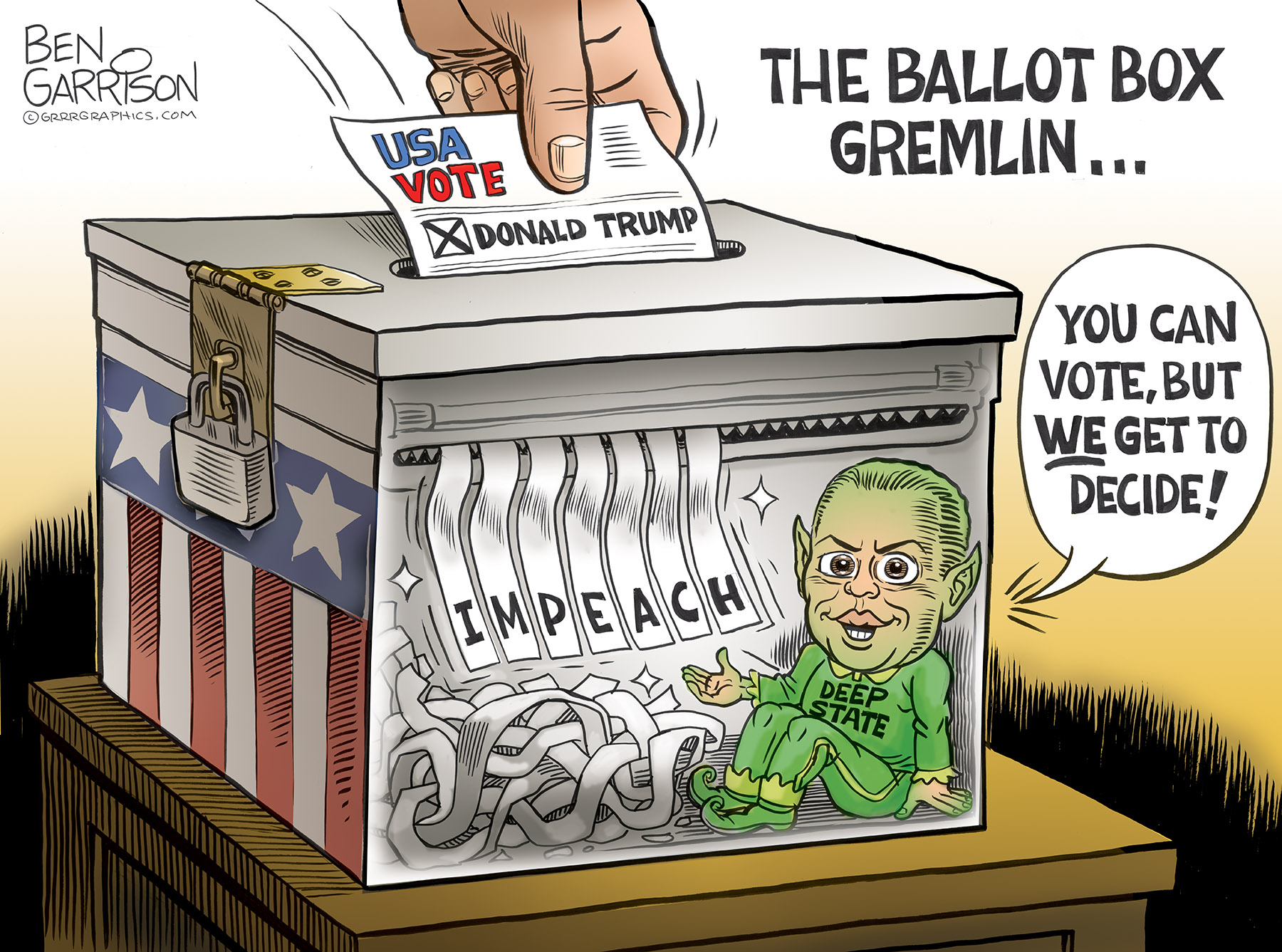 Schiff In The Box

Schiff knows a lie becomes more believable when it can avoid the bright light of truth. After the Russia Collusion ‘insurance’ story was exposed as an utter lie, Schiff has learned to keep things under cover.

He lied to Congress by making up stories about Trump’s conversation with the president of Ukraine.

He lied about his involvement with the so-called whistleblower.

He lied about having concrete evidence that supposedly would prove Trump’s Russia collusion.

Pelosi, the fake news media, and the Deep State continue to support him and his mendacious efforts. Even the Drudge Report has turned against the president.

WE ARE ALL ON THE 2020 FRONT LINES! VICTORY WITH WEAPONIZED MAGA CARTOONS- HELP SUPPORT- JOIN US ON PATREON- CLICK TO VIEW!

Trump was elected fairly and lawfully. Apparently voting doesn’t matter to Democrats and the Deep State when it goes against them. What Schiff is doing amounts to shredding our votes.

It’s sedition. He should be arrested and imprisoned.