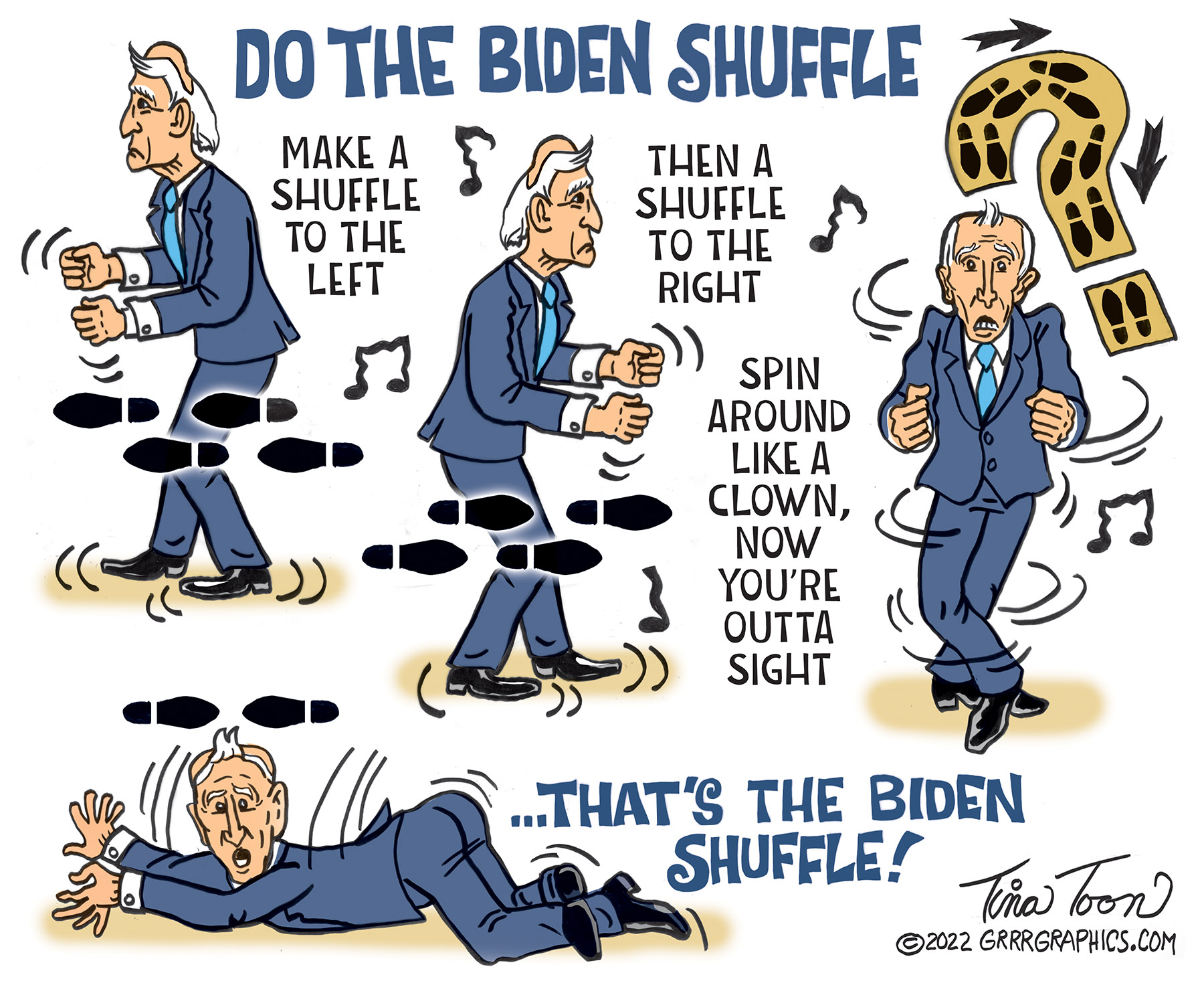 Dementia is no laughing matter, but Bewildered Biden’s acts of destruction inflicted upon America has made him despised. It’s tough to summon up any sympathy for him.

Beyond any doubt, Joe Biden has dementia, and it doesn’t help that he’s always been deficient in character. He has always been a graft-seeking crook, a sexual predator, a pedophile, and a colossal liar. His bad character traits and political incompetence are made worse by his dementia.

We can all see how quickly his anger now rises to the surface. He has always been quick to anger when under criticism but now, when questioned about his impaired mental faculties, he seethes with anger. He must know something isn’t right, but his pride won’t allow him to admit it. He will not be taking any cognitive tests any time soon, but he still thinks he’s running again and has nearly full support from his party. He might be in for surprise. Few are standing behind him waiting to shake his hand. Biden will be shaking air.

Fight Censorship through supporting Grrrgraphics high impact cartoons- We draw for you! Click to support us at SubscribeStar a monthly donation at whatever amount is comfortable

His dementia is the elephant in the room. He’s the emperor with no clothes.

Everyone, including all world leaders, know Joe can’t control his brain and probably not his bowels. They know he’s a puppet, so they deal with his puppeteers. When Biden spouts out wrong or downright dangerous policy statements, it’s probably good that those world leaders know of his impairment.

Biden’s handlers certainly know how bad he’s gotten and it explains why he is sent on vacation for most of the time. As of September, Biden has spent 40% of his “pResidency” on vacation.  He belongs not in the White House, but rather in the basement of his beach front mansion. He should end his days shuffling around in slippers and eating pudding cups in his bathrobe.

Unfortunately that would leave “cackles” in charge, Kamala Harris.