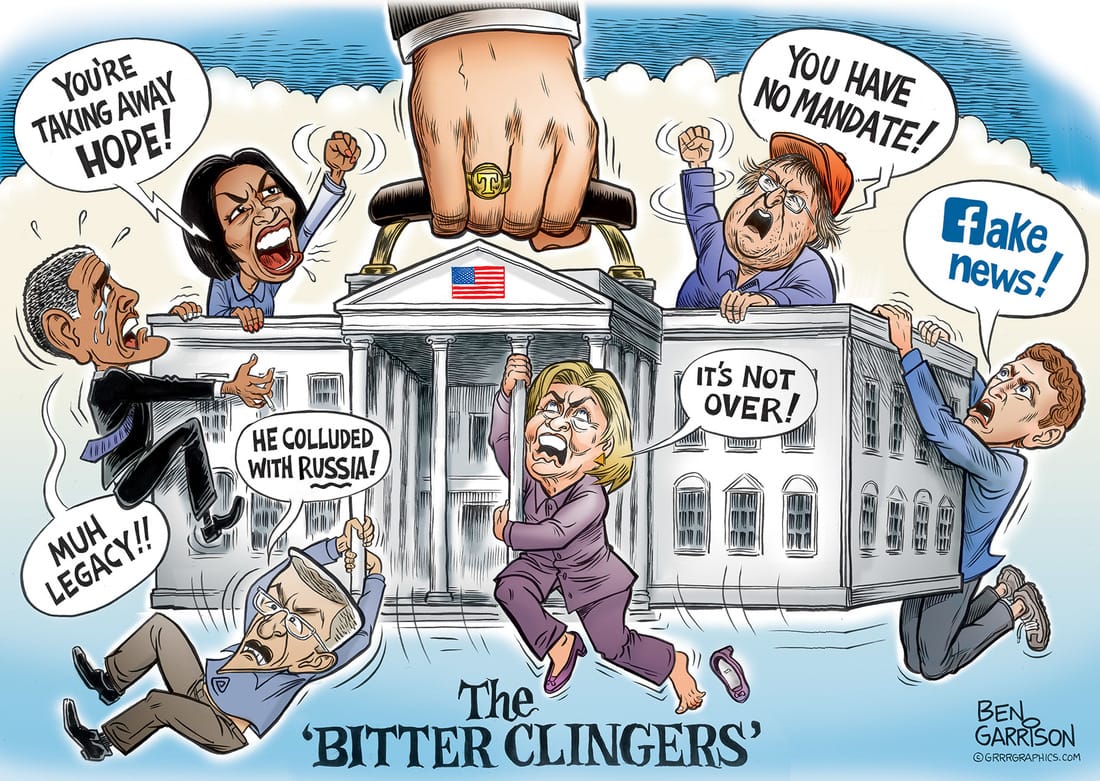 Barack Obama once insulted Americans as being ‘bitter clingers.’ He said they clung to their guns, religion and anti-immigration sentiment as a way to express their frustrations. Hillary later referred to such Americans as ‘deplorable.’ These out of touch statements foreshadowed the election of Trump, because it revealed Hillary and Obama’s contempt for roughly fifty percent of Americans. It showed how the elite were actively working against those Americans who still want freedom and the Constitution. Hillary and Obama instead promoted gun control, an open hemisphere and bigger government.

The globalist oligarchy, including their corporate media arms, have now become the bitter clingers. They continue to lose power and influence and they can’t stand it. The fake news mainstream media have been revealed to be nothing but shrill propaganda organs. People are going elsewhere to find the truth. The status quo politicians are desperately clinging to power and making fools of themselves. Their ridiculous conspiracy theories only prove how out of touch they are with reality.

Their tantrums even include talk of a coup against a lawfully elected president. Their attempt to bully certain electors from the Electoral College will not work. Their emotional blubbering and drama only underscores what they really are. They’re collectivist bitter clingers who are desperate. They’re spoiled brats who were allowed to get away with their bad behavior for far too long. Times are a-changin’!

Keep on clinging, bitter ones.