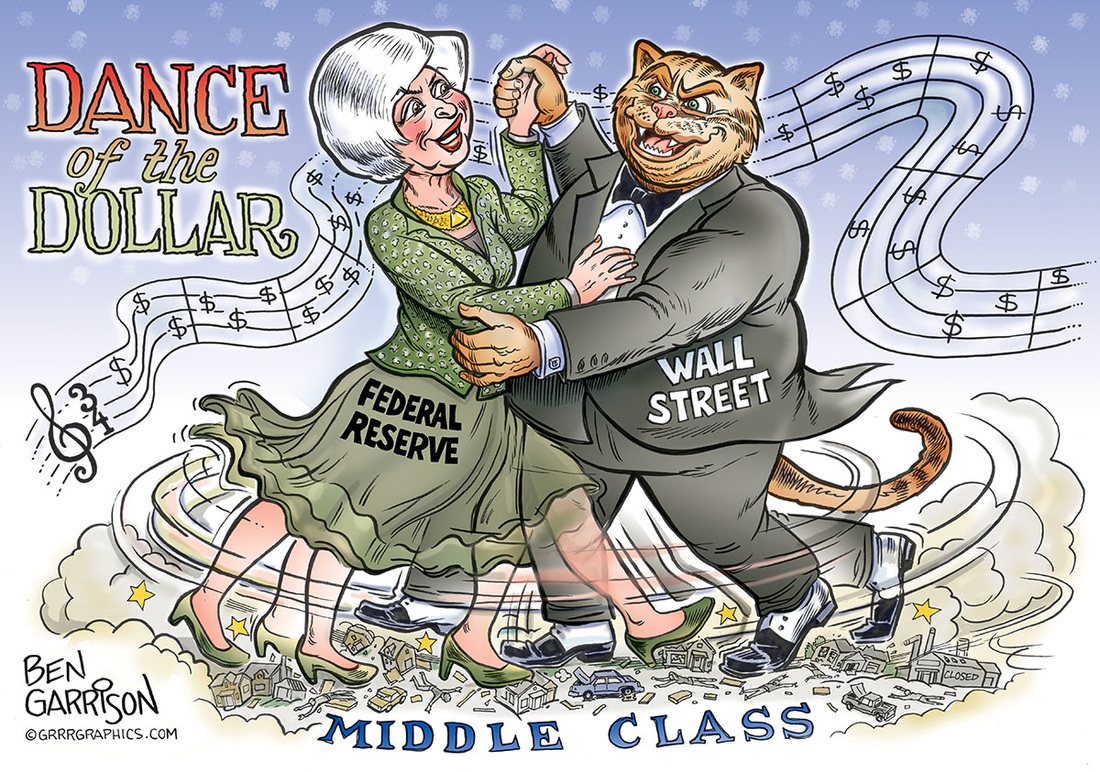 The American middle class is getting poorer. Wages have been stagnant for decades—if jobs can be found to get those wages. Jobs are exported overseas by big corporations. Small businesses get harassed with taxes and big government red tape. There are bailouts to central bankers to the tune of trillions while Main Street businesses go bankrupt. Endless QEs have propped up ‘their’ stock market, largely owned by the 1 percent. The rich are getting fabulously richer while a record number of people are on food stamps.I blame the Federal Reserve. It’s the heart of darkness. They’re a private group of elites who get to print up money for themselves and their cronies while their mainstream media tells everyone it’s all fine and dandy. They get richer and more powerful while the middle class gets the debt and abuse. The middle class has one foot in the grave and the other foot on a banana peel, thanks to our corrupt and dysfunctional system of money.It’s time to end audit the Federal Reserve. It’s time to end the Federal Reserve. It’s time to shut down the IRS. It’s time to end crony capitalism, which is leading us deeper into the fascism that Aaron Russo mentioned in his famous video, now nearly almost ten years old.https://freedomtofascism.comI am an independent political cartoonist that is self funded, if you would like to help support my work, please check out my patreon page! Every donation is appreciated!    https://www.patreon.com/grrrgraphics
​