They want to Fill the cup

Many still think Fauci works for the American people. Wrong. He may draw a $420,000 yearly salary from taxpayers, but he does not work in the interest of American citizens.

Fauci works for the interests of Big Pharma and in particular, Bill Gates.

Fauci doesn’t carry out research or experiments himself. He doesn’t necessarily even follow the science. He’s a bureaucrat who decides what kind of research gets funded. For that he takes orders from the centi-billionaires who own and control this planet. One of those main players is Bill Gates, who funds and controls many medical entities including the World Health Organization. Both Gates and his trained monkey (Fauci) anticipated, plotted, and predicted the current so-called ‘pandemic’ that continues to drag on. It only drags on because too many people allow it to go on by going along with the masks and the mandated vaccines.

Maybe I shouldn’t call Fauci a monkey out of respect for the 10,000 monkeys that Fauci helped to kill in completely useless experiments. Fauci made sure those experiments were well-funded, just like his cruel and useless experiments on innocent beagles. Anyone who can treat animals with such unnecessary cruelty will not hesitate to do the same to humans. Fauci’s ‘gain of function’ funding proves he’s a mass murderer.

What he has done is a crime against humanity but for some reason he still keeps his job. He’s not even arrested for his blatant lies to Congress.

Gates is also a mass murdering globalist. Both Gates and Fauci want to lessen the world’s population through deadly vaccines. They’re probably ready to grind out a new viral variation as you read this. 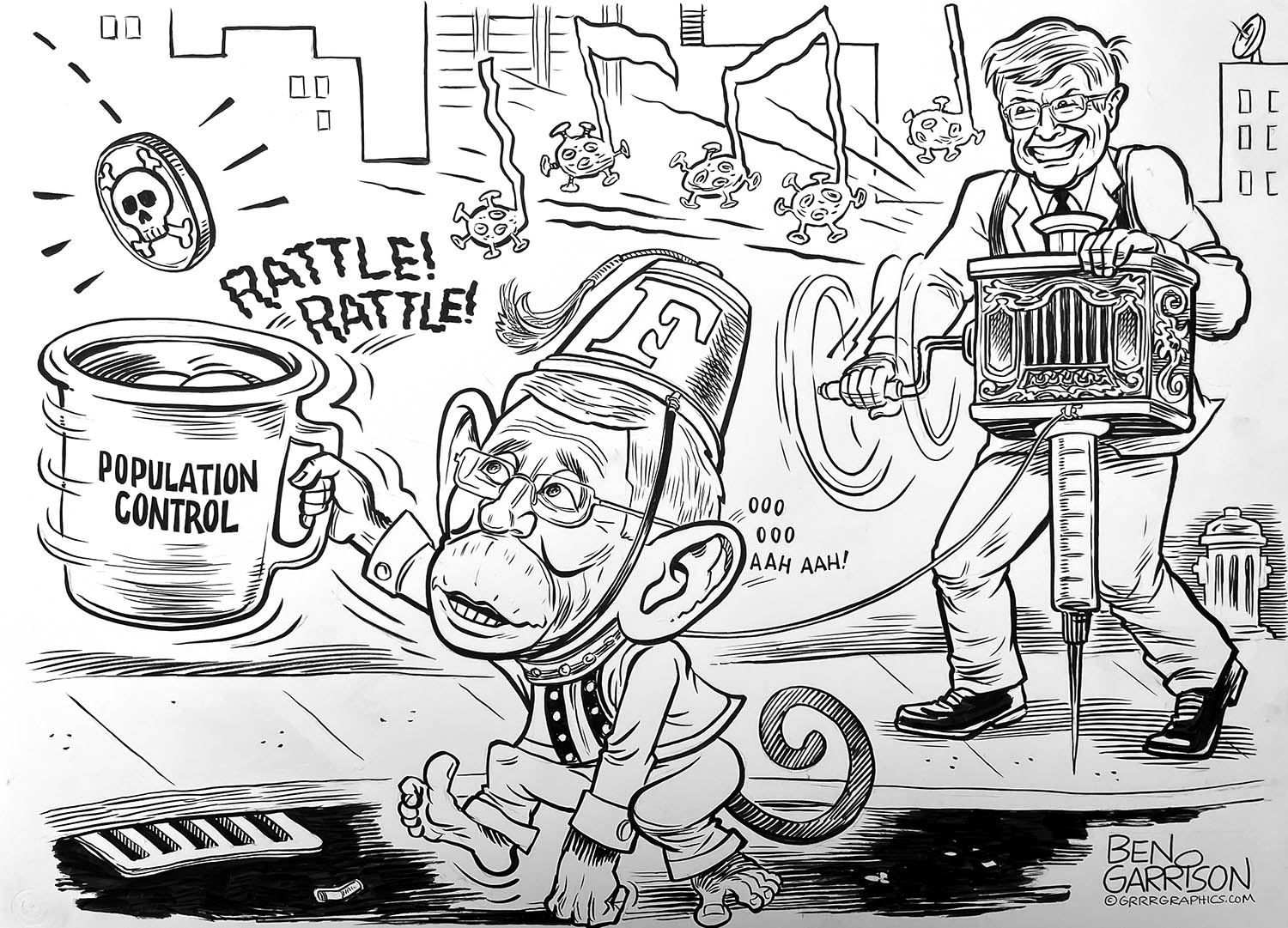 Our Signed Print Freedom Bundle, three posters at a special price- only 10 will be printed  last in stock- order today!

The Fight For Freedom Bundle