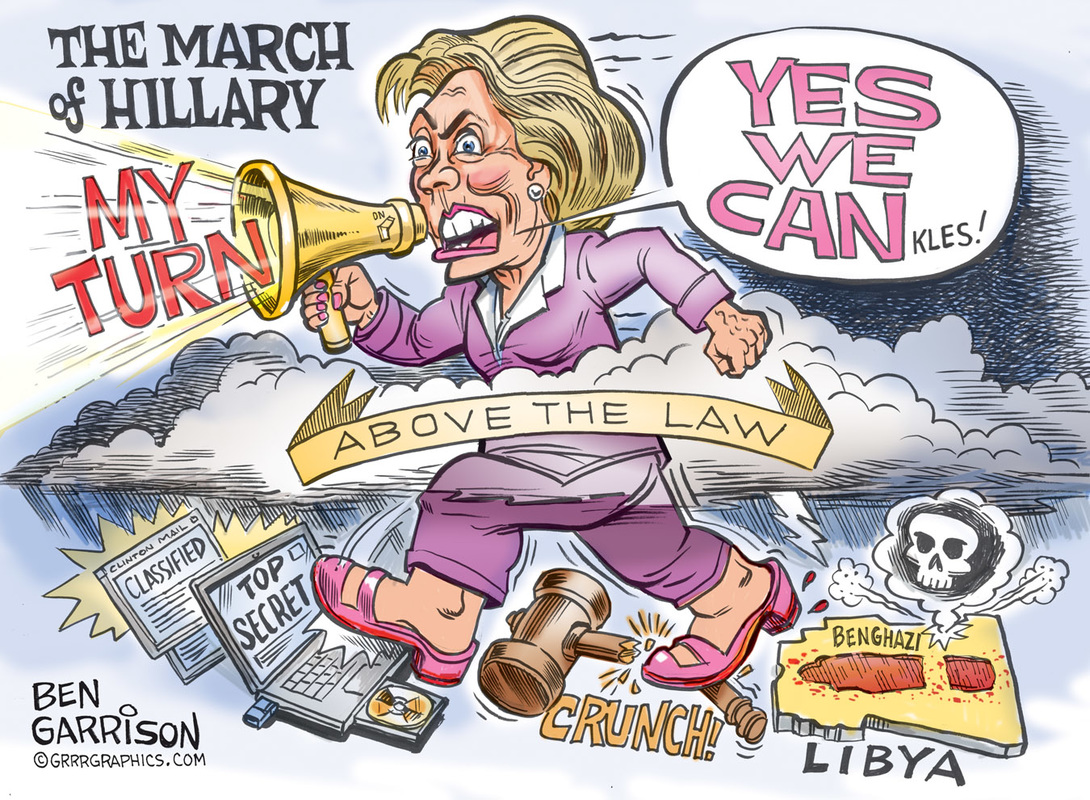 Hillary should be marched to prison, not the presidency. For years she has gotten away with scandals, including Whitewater, Travelgate, Benghazi and now she has obviously committed treasonous acts including letting state secrets go to other countries in exchange for Clinton Foundation donations as well as erasing evidence of top secret material from her private server.
If she’s elected, her arrogance, her sense of entitlement and her criminality will get even worse.