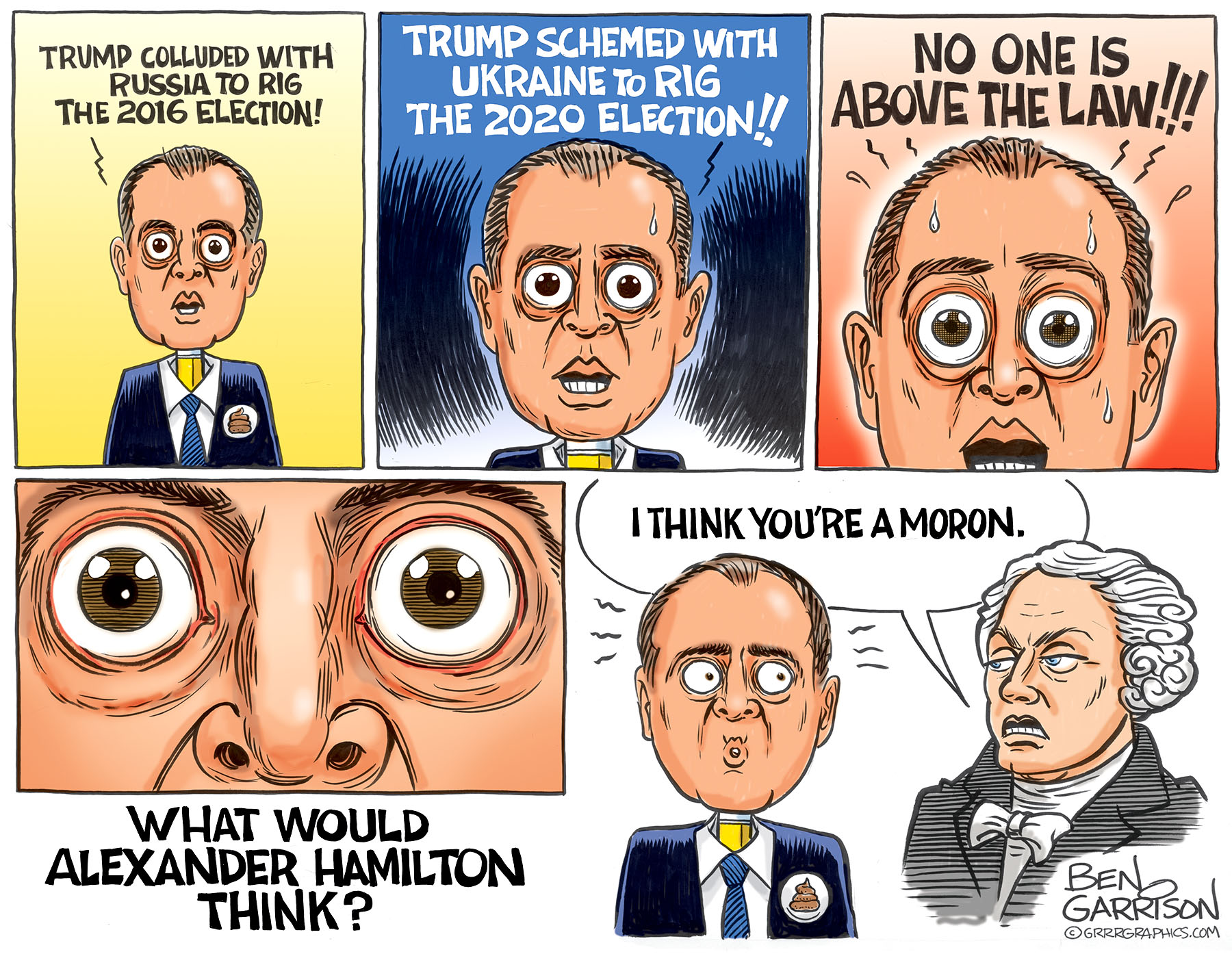 The Schiff Show curtain needs to come down.

Schiff spent endless hours before the Senate repeating his lies, and many Americans tuned him out. He once again brought up Russia! Russia! Russia! Even though the Mueller Report was an utter flop that proved Trump’s innocence.

Schiff also ignored the fact that Joe Biden is guilty of gross corruption and quid pro quo when it came to the graft received by his son, Hunter Biden. If it was mentioned, it was labeled a Republican ‘conspiracy theory.’

Schiff often wrapped himself up in the Constitution. He cited the Founding Fathers and quoted Alexander Hamilton, who warned George Washington about the possibility of an unprincipled, despotic president, but what Schiff left off was another warning from Hamilton when he said impeachment could be abused by party partisanship, which would override real demonstrations of guilt or innocence. Schiff is a party hack with Trump Derangement Syndrome. He called Trump a ‘rogue’ president, even though he was lawfully elected. Trump is only rogue because unlike Schiff, he’s not part of the Deep State Swamp.

When Schiff lies, his eyes bulge. His eyes are always bulging. His impeachment presentation was called ‘powerful’ by CNN and the fake news media, but in actuality it was a howler.

The joke is on the Democrats. They’ve all but guaranteed the reelection of president Trump.