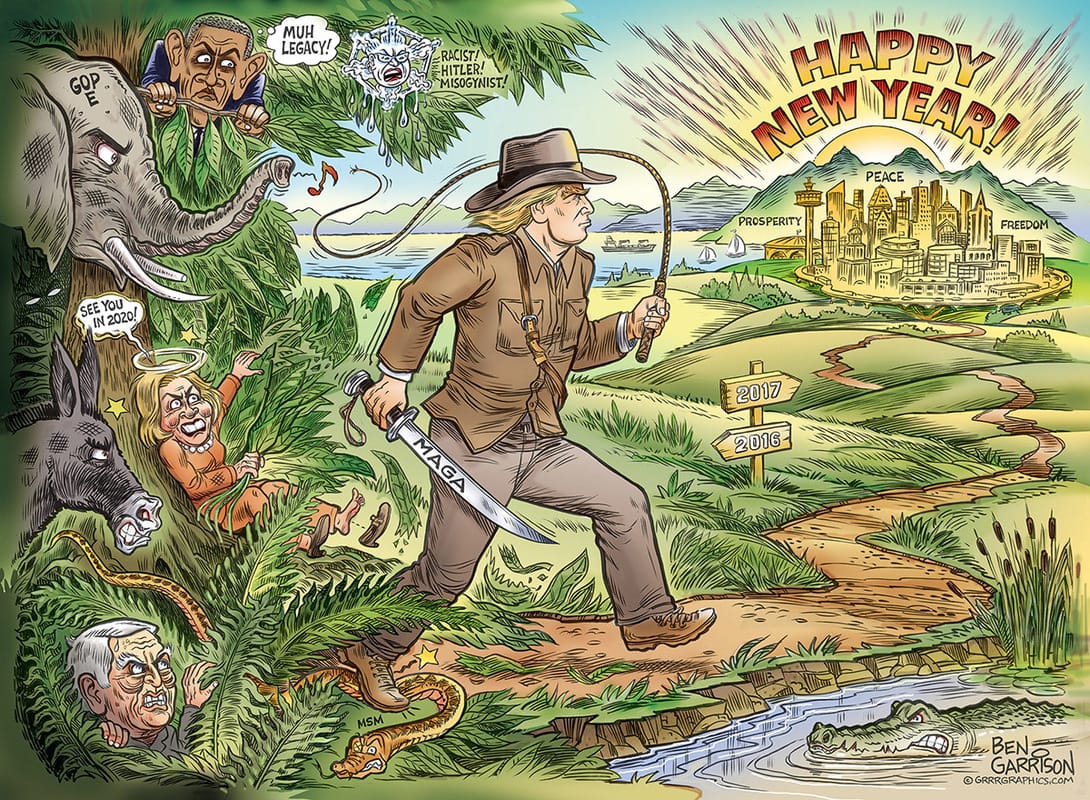 Like an Indiana Jones character, Trump heroically cut his way through the perilous Jungle of Lies in 2016. He is now on a clear trail in 2017.

He left behind two battered, corrupt parties that represented the status quo. Their rigging of the game has prevailed for far too long. They made sure their chosen candidates were aligned with big government collectivism and political correctness. Democrat or Republican, whoever won the presidency did the bidding of their globalist masters.

Not any more. Even though Trump ran as a Republican, he’s more of a nationalist, populist candidate who wants to put America first.

We’re now on the trail to restoring America. Happy new year from all of us at grrrgraphics.com!