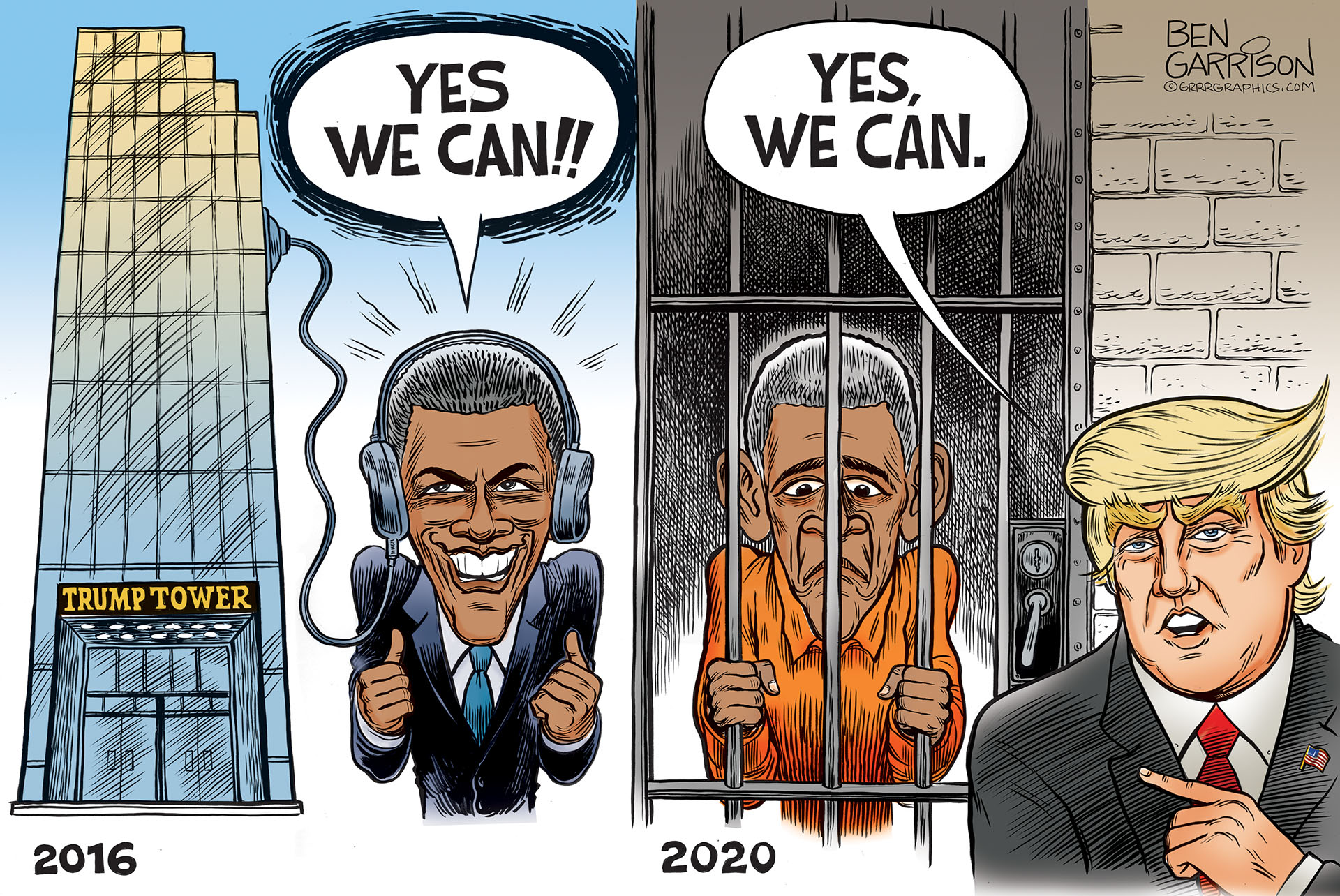 Obama ran under the empty platitude, “Yes we can!”

As it turned out, he could do little besides carrying the ball for his Deep State central puppet masters. He certainly wasn’t going to end wars and government corruption. Instead, he expanded them.

The corporate media has repeatedly said Obama’s administration was ‘scandal free,’ but in reality it was chalk-full of scandals including the IRS targeting the Tea Party scandal, Fast and Furious, Benghazi, the GSA scandal, the EPA scandal, sending Iran billions of dollars in the middle of the night, his prosecution of whistleblowers, the Solyndra scandal, and many more. His media covered for him by downplaying or ignoring his scandals at every turn.

Obama’s biggest scandal is now unfolding. He was well aware of Hillary’s illegal server and colluded with her in an attempt destroy her popular Republican presidential opponent. What Obama did is far, far worse than the stunt pulled by Nixon, who was forced to leave office due to the Watergate Scandal. Barack Obama most likely authorized American security agencies to spy on the Trump campaign back in 2016 based on nothing other than the fact that he had available power to abuse.

Yes, he could and so he did.

Hillary needed an ‘insurance policy’ in case she lost her presidential bid—an unlikely event in her mind since she thought she had everything carefully rigged. The ‘Russia collusion’ hoax was that insurance policy, so Obama initiated the spying to occur in order to dig up dirt.

Of course, the Deep State propaganda arm, the main stream media, are now claiming Obama did it out of the goodness of his heart. They’ll tell you it wasn’t spying, but it rather was an attempt to keep Russia from interfering with Trump. They therefore wiretapped Trump and his people out of the kindness of their helpful, partisan hearts.

They were doing Trump a favor and he should be thanking them!

That’s how desperate and ridiculous they’ve become, but Deep State-owned media will continue to protect Hillary and Obama no matter what.

Hillary, Obama and their seditious crew must be held accountable. LOCK THEM UP!