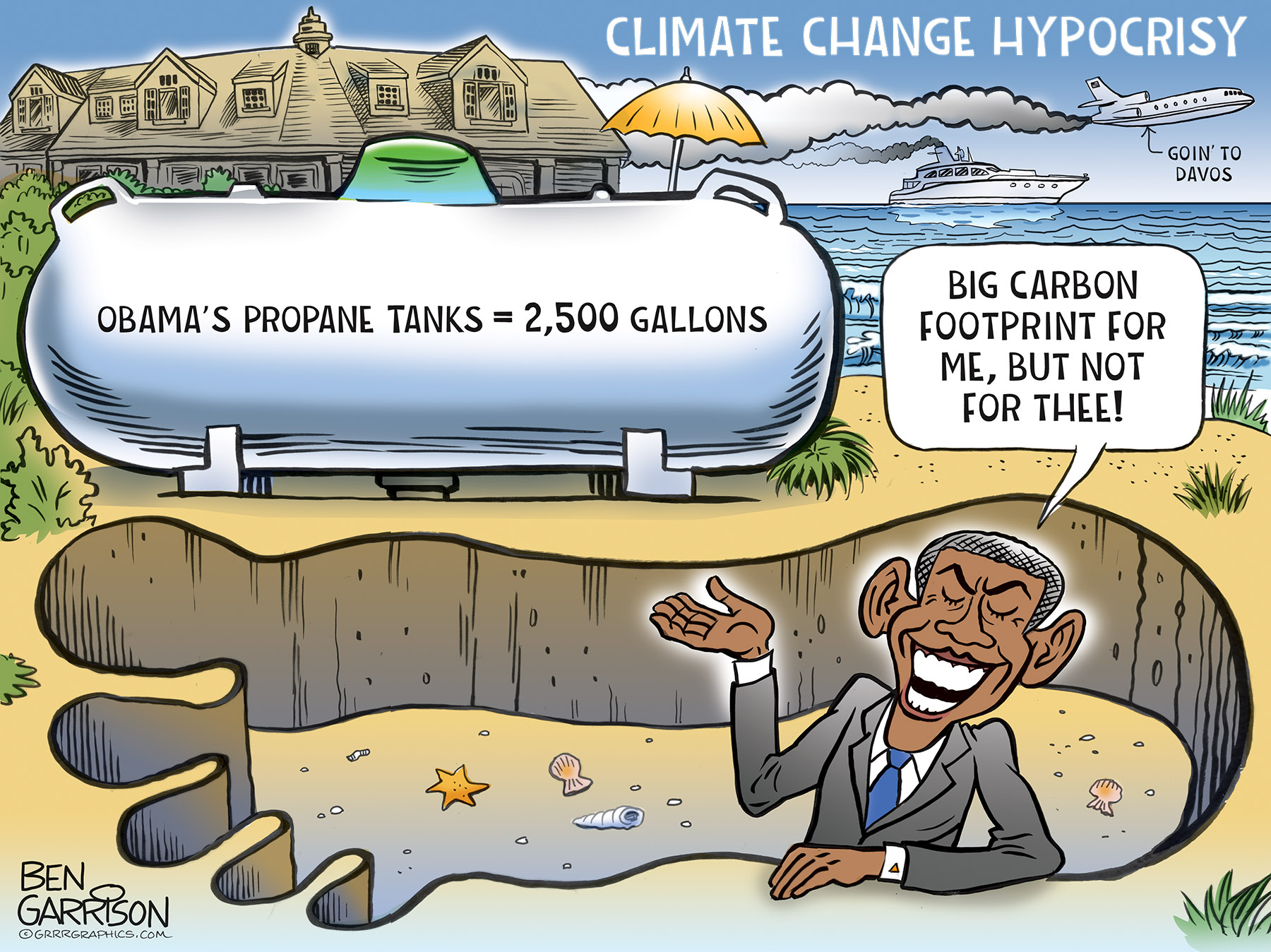 “Propane for Me, Not For Thee”

News broke that former President Obama is planning on installing three extremely large propane tanks on his beachfront property in Martha’s Vineyard. It remains unclear why he needs that much propane.

Why isn’t he installing solar panels and windmills? If there is an existential climate crisis, why is Barry installing propane tanks that can hold 2,500 gallons? Maybe ‘Bigfoot’ Mike is planning a big BBQ this summer with the old gang. Obama claimed the tanks would be used for “residential purposes” and installed above ground instead of being buried. Funny how the wind, solar and so-called renewables are urged for the common suckers while Obama and his ilk enjoy burning up fossil fuels.

Also, why do all the main climate change preachers all have waterfront homes? Didn’t Al Gore predict the coastal regions would be underwater by now? Yes, he and Hillary also have beachfront homes. Pelosi recently purchased a beachfront mansion in Florida. Maybe her tanks will be filled with vodka instead of propane. Biden also has an ocean front estate. Will he be adding a tank of propane or a tank of pudding? The so-called ‘elite’ all fly “wasteful, fossil fuel-burning” private jets. You won’t be seeing any electric jets flying anytime soon.

Not only is their hypocrisy jaw dropping, but there could be another reason for Obama to be loading up on propane. Is something big going to happen soon? Thanks for sharing Obama, because you care about regular Americans so much you would keep your energy stockpiling a secret from everyone. Not everyone can spend $75,000 to fill up tanks with 2,500 gallons of propane.

What’s coming? Whatever it is, you can bet it won’t be climate change.